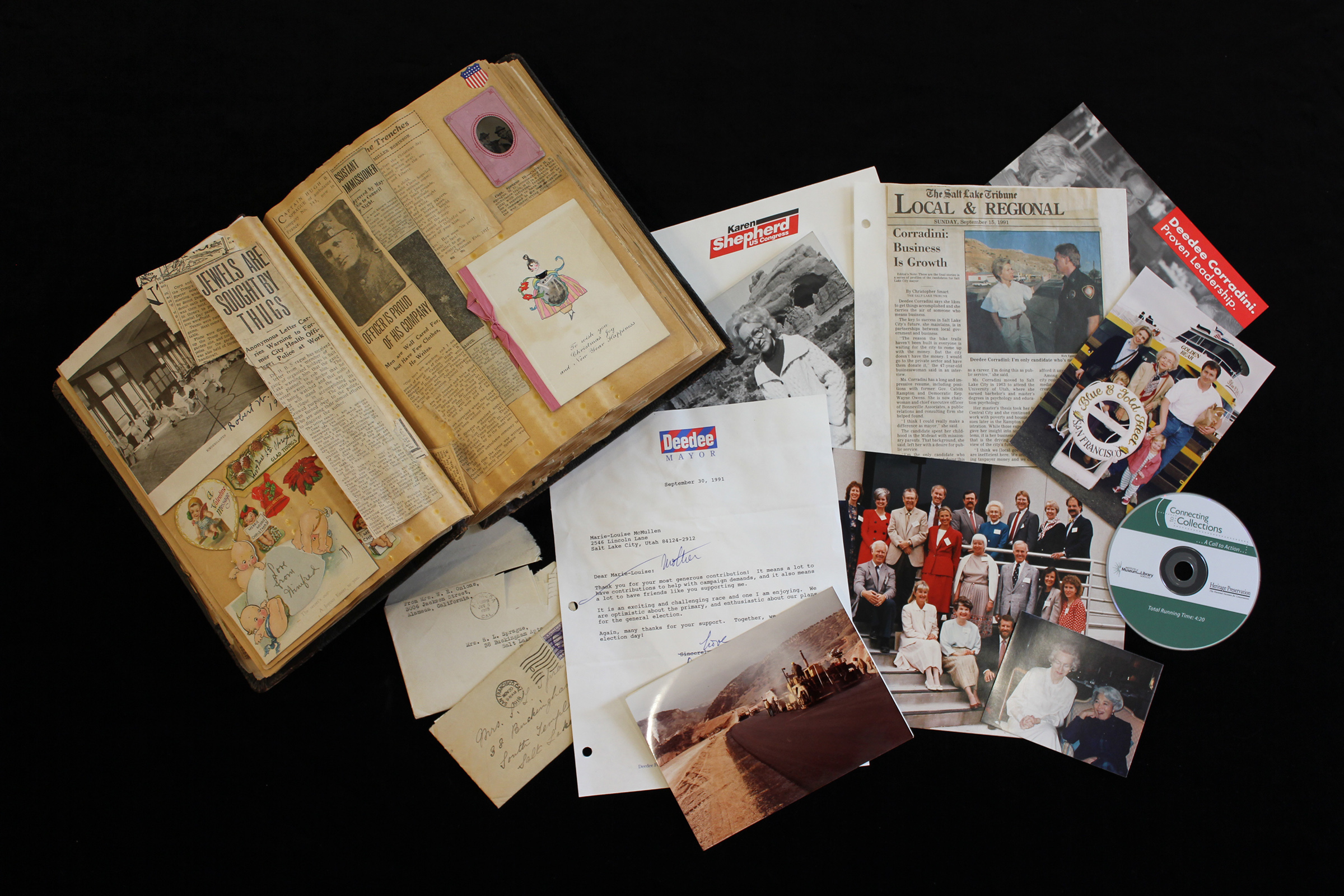 Feb. 27, 2015 – The English proverb, “necessity is the mother of invention” frames a view of 20th century women as innovators in the face of a rapidly changing world. Marie Cornwall, advisory board member of the Aileen H. Clyde 20th Century Women’s Legacy Archive at the University of Utah’s J. Willard Marriott Library, will deliver “20th Century Women as Mothers of Invention” in a public lecture, March 3.

“The separate spheres doctrine of the 19th century (where men worked in the public sphere and women in the domestic sphere) is clearly challenged by the end of the 20th century by women’s involvement in creating new institutional arrangements in education, medicine, the sciences, the media, politics and government,” said Cornwall. “By revealing what women accomplished, we realize how important it is to preserve this history now. That is the purpose of the Aileen H. Clyde 20th Century Women’s Legacy Archive.”

Cornwall has had a distinguished career studying the lives of women and how they contribute to and manage social change. She was director of the Women’s Research Institute at Brigham Young University (1989-93) and occupied the Belle S. Spafford Endowed Chair in the College of Social Work at the University of Utah (1993-94). Her research on women has included the study of plural marriage, the woman suffrage movement, changing gender roles, women and changing religious expectations and emerging reproductive technologies. She was one of the moving figures behind the establishment and growth of the Mormon Social Science Association and is the former editor of the Journal for the Scientific Study of Religion.

The Aileen H. Clyde 20th Century Women’s Legacy Archive was founded in 2014 to preserve the history of remarkable women in Utah and beyond — to gather collections and life histories and create the most comprehensive archive of its kind. For more information on the archive, go to the Clyde Archive page: lib.utah.edu/collections/clyde.php

What: “20th Century Women as Mothers of Invention”
Reception to follow
Where: University of Utah’s J. Willard Marriott Library, Gould Auditorium, level 1
When: Tuesday, March 3, 7 p.m.
Directions: See map
Parking: Park in the visitor lot west of the library, near the bookstore.
Cost: Free and open to the public