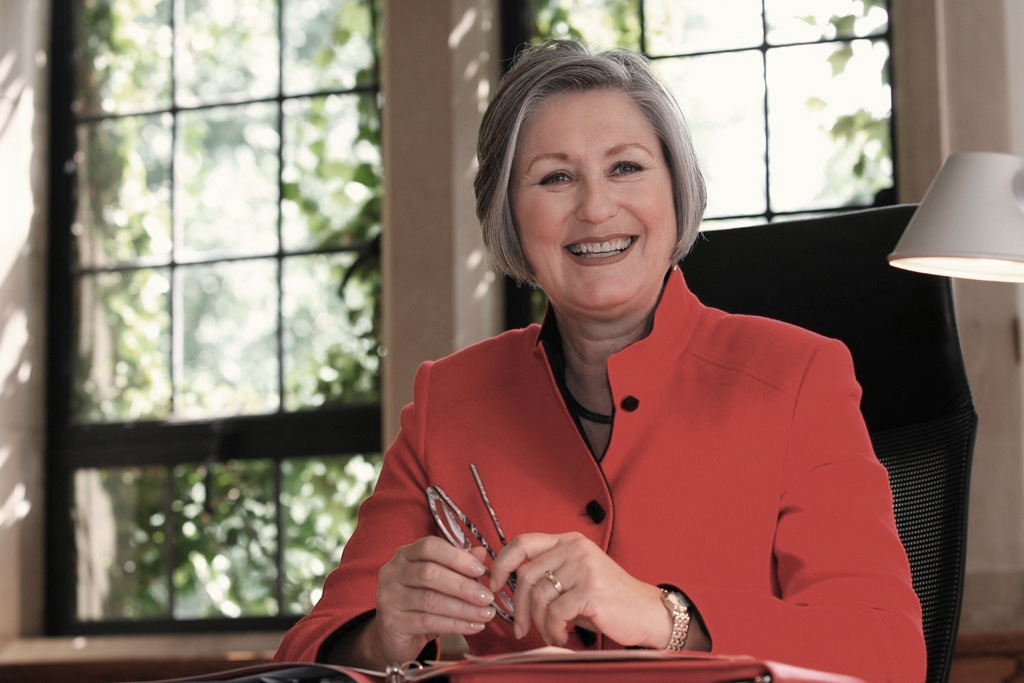 Feb. 7, 2008 – Of the four University of Utah graduates selected to receive the Alumni Association’s 2008 Distinguished Alumni awards, one is a woman currently leading her second U.S. university, one an accomplished scientist and two are highly successful businessmen-one of whom saw his baseball team go to the World Series for the first time this past fall. And the accomplishments of this year’s Honorary Alumnus have raised him to international recognition.

Each year, the Alumni Association celebrates the founding of the University of Utah in 1850 by recognizing four outstanding graduates and an honorary alumnus who represent the best that the University brings to the state, the nation and the world. “Founders Day is really the highlight of the year for the Alumni Association,” says executive director John Ashton. “By honoring these outstanding individuals, we honor the U, which has played an important role in helping them attain excellence.”

This year’s honorees include:

David M. Grant BS’54 PhD’57, a distinguished professor of chemistry at the University of Utah, is a pioneer in the use of powerful magnetic devices and a process known as nuclear magnetic resonance (NMR) spectrometry, with special emphasis on the carbon-13 magnetic isotope. A new $14 million NMR center named for him opened on the U of U campus in fall 2006. Grant’s honors include the Distinguished Teaching Award from the U’s department of chemistry, the State of Utah Governor’s Medal for Science and Technology and the Rosenblatt Prize for Excellence, the U’s most prestigious award. In recognition of Grant’s award, the Department of Chemistry is hosting a free public seminar during which Grant will discuss “A Half-Century of Nuclear Magnetic Resonance (NMR) Research and Development – the Ever-Expanding Science, with Special Focus on NMR Crystallography.” Grant will deliver the lecture Wednesday, Feb. 27 in room 2008 of the Henry Eyring (chemistry) Building.

Ann Weaver Hart BS’70 MA’81 PhD’83 was officially installed in March 2007 as Temple University’s first female president. Previously, she served as president of the University of New Hampshire; as provost and vice president for academic affairs at Claremont Graduate University in Claremont, Calif.; and as a professor of educational leadership, dean of the Graduate School, and special assistant to the president at the University of Utah. Hart’s research interests include leadership succession and development, academic freedom and freedom of speech in higher education. Her publications include more than 85 articles and book chapters, as well as five books and edited volumes.

J. Brett Harvey BS’77 is president and CEO of CONSOL Energy, the nation’s largest underground coal mining company. CONSOL is a member of Standard & Poor’s 500 Equity Index and reports annual revenues of $3.7 billion. In the wake of such recent mine disasters as the Sago and Crandall Canyon tragedies, Harvey, a fourth-generation coal miner who hails from Utah, has called on the coal industry to abandon its incremental approach to mine safety improvement and reduce accident rates to zero at every mine in the nation.

Charlie Monfort BS’82, former president of ConAgra Refrigerated Foods International, is chairman and CEO of the Colorado Rockies baseball team, which made it to the World Series for the first time in fall 2007. Previously, Monfort was president of Monfort International Sales Corp., a major exporter of beef to Japan and the European Communities (now Union), eventually expanding to other parts of the world. He has been a loyal supporter of the U, hosting a number of alumni events at Coors Field in Colorado. Also a generous philanthropist, in 2004 the Monfort Family Foundation contributed $10 million to The Children’s Hospital in Aurora, Colo. to help build a new medical facility there.

Mario R. Capecchi BS’61 (Antioch College), PhD’67 (Harvard University), distinguished professor of human genetics and biology at The University of Utah and a Howard Hughes Medical Institute investigator, received the 2007 Nobel Prize in Physiology or Medicine, sharing it with two other researchers. Capecchi pioneered gene targeting in mice, which has revolutionized mammalian biology and benefited all fields of biomedicine. A member of both the National Academy of Sciences and the European Academy of Sciences, Capecchi has previously been recognized with other prestigious honors, including the Kyoto Prize in Basic Sciences (1996), the Lasker Award for Basic Medical Research (2001) and the National Medal of Science (2001). On the faculty at The University of Utah since 1973, Capecchi credits the U with providing a collaborative, creative environment that encourages the highest level of research.

The 2008 Founders Day honorees will be recognized at the University of Utah Alumni Association’s annual Founders Day banquet, February 27 at Little America Hotel. Last year’s event drew more than 500 guests, including prominent individuals from throughout the local and regional communities. The 2008 celebration will include a reception, followed by a banquet, an address by U of U President Michael K. Young, a video profiling each recipient and the awards presentation. A range of sponsorships are still available (contact Carly Foley for more information). Event attendance is $100 per person (contact Mary Thiriot).