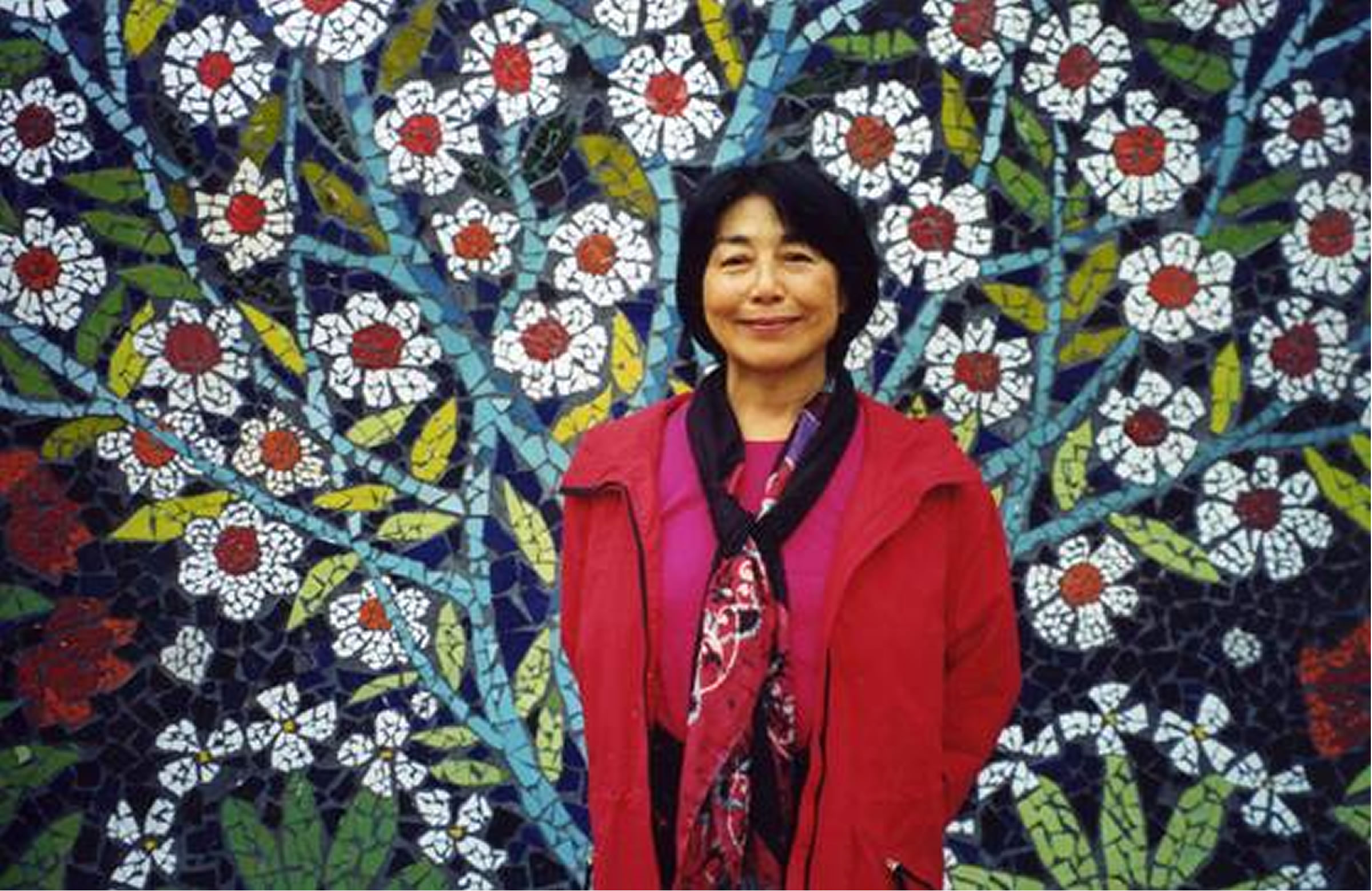 March 4, 2005 — The Swahili motto for the Village of Arts and Humanities, in inner city North Philadelphia, is Kujenga Pamoja! or, Together We Build!

Lily Yeh, internationally celebrated activist, visual artist and founder and executive director of The Village, will discuss her work and philosophy on community building through art when she presents the 2005 David Pierpont Gardner Graduate Lecture in the Humanities and Fine Arts at the University of Utah. The event will be held on Monday, March 21, at 7 p.m., in the Utah Museum of Fine Arts’ Auditorium. The lecture, which will include a slide presentation of Yeh’s work in The Village and in Africa, is free and open to the public.

The following day Yeh, who has won numerous awards for her community building, will present a by-invitation-only mural workshop for University art students in addition to working with University Neighborhood Partners, one of the U’s key community outreach and bridge-building initiatives.

“Lily Yeh’s accomplishments have changed the lives of individuals and given hope to whole communities,” notes Phyllis Haskell, associate vice president for the arts and dean of the College of Fine Arts at the University. “Lily Yeh is courage, strength, compassion and magic all in one diminutive artist. We are so fortunate to have her inspirational presence in our community.”

Born in China, Yeh studied traditional Chinese painting in Taiwan before emigrating to the United States in 1963, at age 22, to pursue a master’s degree. She taught at the University of the Arts and enjoyed success as a painter, but eventually directed her energy toward North Philadelphia’s blighted Fairhill neighborhood, first creating a summer park building project. Her work soon mushroomed into the nonprofit Village and its panoply of vibrant mosaics, vest pocket parks and rehabilitation programs.

The Village is a community-based arts, education and neighborhood development organization that works with residents to reclaim abandoned space and rebuild a sense of hope and possibility in neighborhoods. Since 1986, the Village has worked with tens of thousands of people to provide a wide variety of arts education programs, renovate abandoned properties, rebuild the environment, conduct experiential training, create jobs and celebrate Village achievements through festivals, theatre and exhibitions.

The heart of the Village is a cluster of parks, community gardens, educational facilities, art workshops and offices that occupy four streets in a city block. The Village is a place where art is used as inspiration and foundation and where children create images, sculpture and poetry that become crafts, murals and performances. Teens express themselves through dance and theatre that they perform throughout the country. Adults build sculpture parks, plant vegetable gardens and organize community health events. Today Village programs and activities reach more than 10,000 people annually and impact several neighborhoods throughout a 260-square-block area in North Philadelphia. The median family income in this urban setting is $10,000.

Yeh has also used her model of community revitalization through the arts outside of Philadelphia and the United States, impacting people and projects in Kenya, Italy, Ghana, China, Columbia, Ecuador, the Ivory Coast and the Republic of Georgia.

Based on her work at the Village and abroad, Yeh has received many prestigious awards including a 1992 Pew Fellowship in the Arts, a 1993 Lila Wallace-Arts International Fellowship and the 1995 Pennsylvania Council on the Arts Fellowship in the Arts. Most recently, she received The International Council of Fine Arts Deans 2004 Award for Arts Achievement and Excellence as well as the Woman of Distinction Award from Philadelphia Business Journal. Numerous foundations, including the National Endowment for the Arts, have supported Yeh’s work.