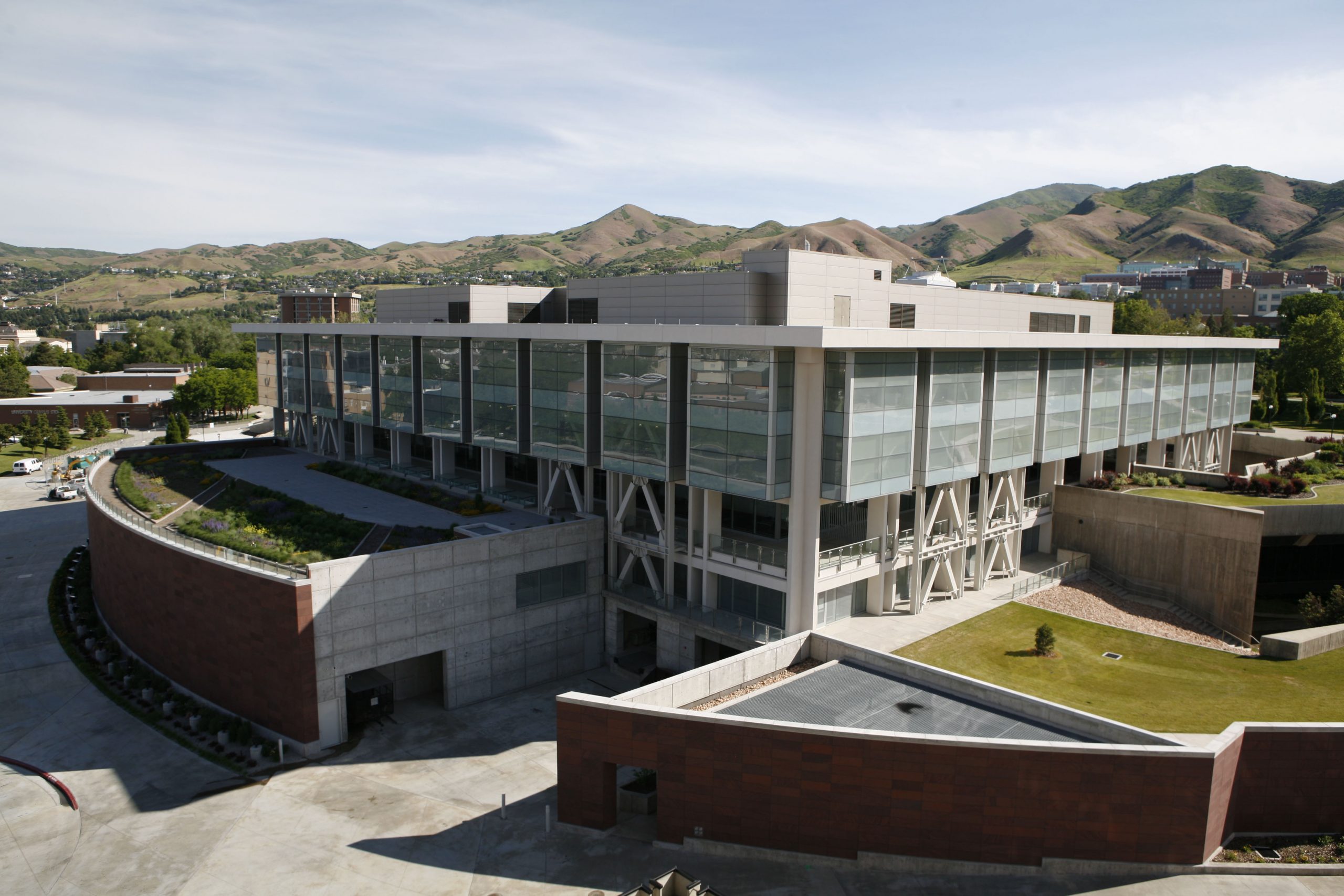 October 12, 2009 – Mrs. Laura W. Bush, who taught school and served as a public school librarian in Texas during her professional career, will deliver the keynote address at the rededication of the J. Willard Marriott Library on the campus of the University of Utah. The public events will be held Monday, October 26, beginning at 10:30 a.m.

The program marks the completion of four years of renovation of the most valuable physical asset in the state of Utah. The library houses a collection of three million volumes ranging from extensive science, engineering, and medical archives to original pioneer diaries and multimedia archives documenting the history and culture of Utah and the West.

Remarkably, the Marriott Library remained open during the extensive rework. Renovation increased interior space within the five-level library to over 516,000 net square feet. Important safety advances were made; with new seismic bracing, the building can withstand a magnitude 7.2 earthquake. New customer features include the Automated Retrieval Center (ARC) for efficient robotic collection management. Currently, the ARC houses over one million items that can be retrieved in five to ten minutes by four 50-foot robots.

The rededication ceremony will be held in the library atrium and will include comments by J.W. Marriott, Jr., Chairman and CEO of Marriott International-and for whose father the library is named; Gary R. Herbert, Governor of the State of Utah; Michael K. Young, President of the University of Utah; and Joyce L. Ogburn, University Librarian and Director of the J. Willard Marriott Library.

Immediately following the rededication ceremony at 11:30 a.m., a light buffet will be served and guided tours beginning every 10 minutes will continue from 12:30 p.m. until 3:00 p.m. The rededication ceremony, buffet, and guided tours are free and open to the public, but invited ticket holders will have priority seating for the ceremony. Overflow seating will be provided in classrooms in the library, where the program will be streamed live on video monitors.

Keynote speaker Laura W. Bush is actively involved in issues of national and global concern, with a particular emphasis on education, health care and human rights. A former teacher and librarian, Mrs. Bush joined the Library of Congress in September 2001 to launch the first National Book Festival. In 1995 she established the Texas Book Festival, and it continues to thrive today. In 2006 Mrs. Bush hosted leaders from around the world for the White House Conference on Advancing Global Literacy, showcasing successful, culturally aware literacy programs from a diversity of countries. Her leadership of this effort led to her current role as Honorary Ambassador for the United Nations Literacy Decade.

Mrs. Bush holds a bachelor of science degree in education from Southern Methodist University and a master’s degree in library science from the University of Texas. She taught in public schools in Dallas, Houston and Austin and worked as a public school librarian.

In addition to increased space and safety improvements, climate controls were improved to better protect valuable collections, and the structure was updated to comply with current building codes. New spaces for quiet study and reflection include the George S. and Dolores Doré Eccles Grand Reading Room and adjoining Garden Terrace. The library now has 20 classrooms and 12 meetings rooms, most of which are technology-equipped. There are nearly 3,500 seats in the library, affording a wide range of individual and group study configurations. The Knowledge Commons combines traditional library reference services with access to 250 computers, 300 software packages, and technical support. Other features include the Advanced Technology Studio to support digital scholarship, the 100-seat Mom’s Café, and the ARC for efficient robotic collection management. The ARC is three-and-a-half stories high, 13,000 square feet, and has the capacity to house two million collection items.

The University of Utah Library, designed by architect Robert A. Fowler of Young & Fowler Associates, was constructed and opened in 1968. The new building was dedicated on May 18, 1968, with an address by Wallace Stegner, distinguished alumnus and former professor of the University of Utah, who was awarded the Pulitzer Prize for Fiction in 1972.

In 1969 the University Library was named in honor of J. Willard Marriott, Sr., who contributed $1 million for library collections. Mr. Marriott delivered a brief speech to rededicate the building on August 16, 1969.

In 1996 the Marriott Library was expanded from 278,000 square feet to 488,000 square feet. The building was again rededicated on October 2, 1996, by keynote speaker, Dr. Karen R. Lawrence, who was then a professor of English at the University, and who became president of Sarah Lawrence College in 2007.