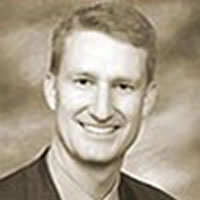 Since 1997 Jowers has practiced law in Washington, D.C. and is currently a partner at the law firm of Caplin & Drysdale, where he specializes in political law. Jowers advises clients ranging from Fortune 500 corporations to a diverse collection of non-profit organizations on election, lobbying and government ethics law strategy and compliance at the federal and state level. Jowers has also provided legal counsel to George W. Bush’s 2000 election campaign, dozens of U.S. Senate and House of Representative candidates in the 2002 and 2004 elections and to the Advisory Commission on Electronic Commerce. Jowers is a frequent lecturer and publisher on campaign finance laws, government ethics and the First Amendment and has appeared as an election-law expert on various local and national radio and television programs.

Ronald Hrebenar, chair of the search committee that selected Jowers, notes, “Kirk will be a great director for the Hinckley Institute of Politics. He brings to the position a wealth of political background, deep ties to Utah and the University, valuable political connections in Washington, D.C. and a passion for politics that he will communicate to the students.”

Jowers has long and deep ties with Utah and its politics and government. He was born and raised in Salt Lake City, Utah, and graduated from Skyline High School. He has taught courses on the U.S. presidency and political finance for the past three years in the Department of Political Science at the University of Utah and has been a regular guest lecturer at Brigham Young and other universities. Previously, he served as a legislative analyst with the Salt Lake County Commission, clerk for federal judges Stephen Anderson and Dee Benson, research assistant at the Utah Department of Community and Economic Development and case researcher for the U.S. Department of Justice on the Downwinders Project. Jowers and his wife, Kristen, are the parents of five children. They are looking forward to moving back to Utah in June.

Previous directors of the Hinckley Institute of Politics were J.D. Williams (1965-1974); R.J. Snow (1975-1985); and Ted Wilson (1986-2003). Since 2003, Hrebenar, professor and chair of the Department of Political Science at the University, has served as the Interim Director, with Dan Jones and Kirk Jowers as the Interim Associate Directors.

The Hinckley Institute of Politics is a bipartisan institute dedicated to engaging students in governmental, civic and political processes; promoting a better understanding and appreciation of politics; and training ethical and visionary students for service in the American political system. Since its founding, the Hinckley Institute has provided a wide range of programs for students, public school teachers and the general public, including internships, courses, forums, scholarships and mentoring. The Hinckley Institute has placed more than 4,000 student interns in Washington, D.C., in the Utah State Legislature and in local government and political offices.

The Hinckley Institute of Politics was established in 1965 through a generous bequest from Robert H. Hinckley and the Noble Foundation. Robert H. Hinckley established the Hinckley Institute of Politics to promote respect for practical politics and to teach the principle of citizen involvement in government. Hinckley, a man of vision and foresight, was a 20th century pioneer, a philanthropist, an entrepreneur and an untiring builder of education and of the American political system. A Utah native and public servant, Hinckley began his political career as a state legislator from Sanpete County and a mayor of Mount Pleasant. Hinckley rose to serve as the Utah director for the New Deal program under President Franklin D. Roosevelt. In 1946, Hinckley and Edward Noble jointly founded the American Broadcasting Company and helped build it into a major television network. His son, Robert Hinckley, Jr., and grandson and wife, Jim and Lyn Hinckley, have continued to provide vision, leadership and financial support to the Hinckley Institute of Politics.