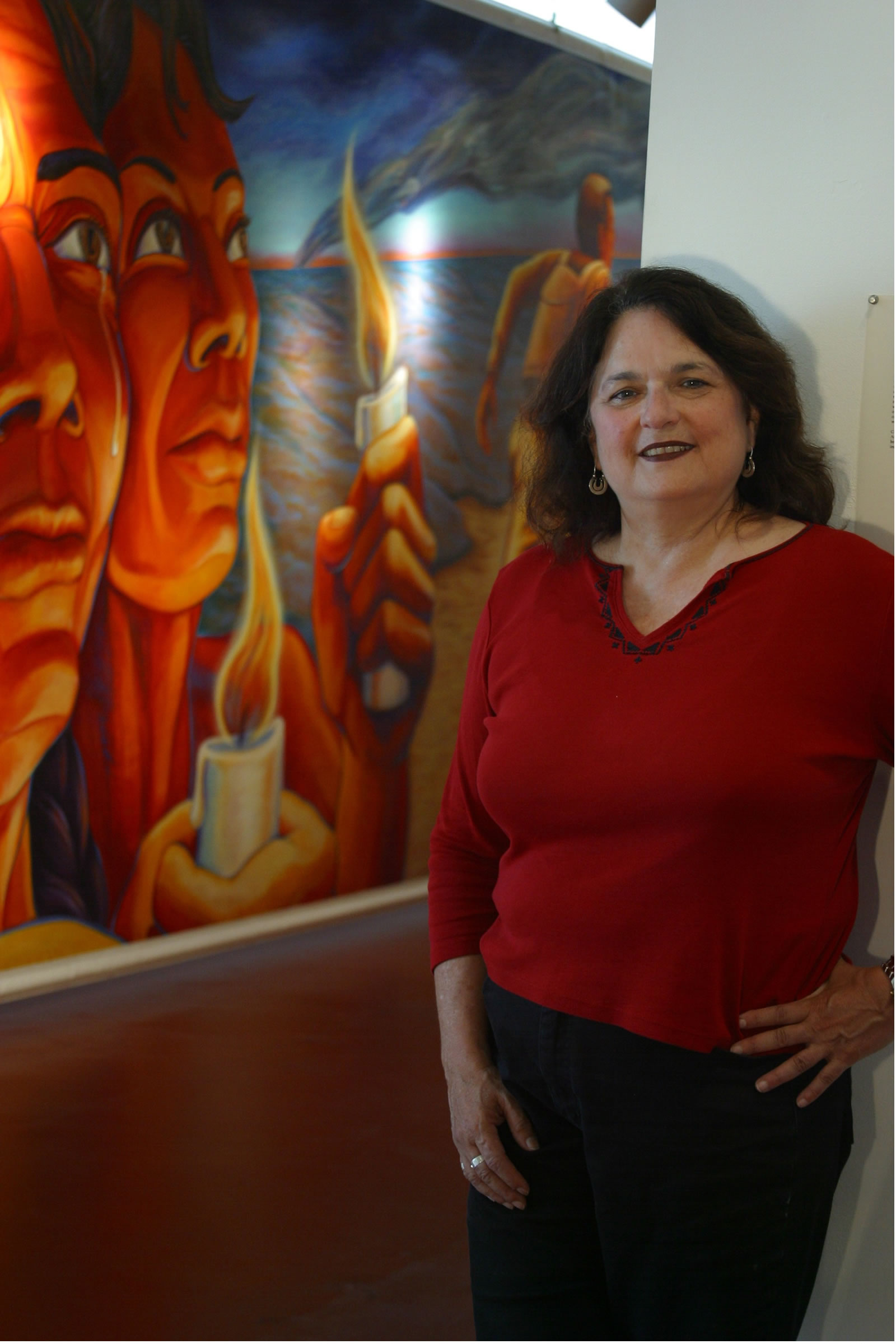 Nov. 19, 2004 – Judith F. Baca, creator of the Great Wall of Los Angeles mural, located in the Tujunga Wash Flood Control Channel in L.A., will present a free public lecture on Thursday, Dec. 2 at the University of Utah. A film, “The World of Art: Judy Baca,” which features Baca discussing two public art projects in Southern California, will be screened, from 3:15 until 3:45 p.m., followed by Baca’s lecture, from 4 until 5:30 p.m. Baca will show examples of and discuss her work and answer questions. Both events will be held in the Dumke Auditorium, in the Utah Museum of Fine Arts, located at 1665 E. South Campus Drive (410 S.).

While in Salt Lake City, Baca will also work with University art students to compose and paint a mural in the Department of Art and Art History at the University of Utah. She will lecture and lead a mural workshop for students and staff at Horizonte Instruction and Technical Center.

“Judith Baca is an internationally known contemporary artist and educator. She is invested in continuing and expanding the dialogue of underrepresented people in the United States visually,” notes Kim Martinez, an assistant professor of painting and drawing in the University’s Department of Art and Art History, who, along with her students, have created four large-scale murals between the 2100 S. and the 3300 S. Millcreek TRAX stops.

As a visual artist, Baca is best known for her large-scale public murals. Her art involves extensive community organizing and participation, addressing multi-cultural audiences. For the internationally-known Great Wall of Los Angeles, Baca designed a work which incorporated 40 ethnic scholars, 450 multi-cultural neighborhood youth, 40 assisting artists and more than 100 support staff to paint a half-mile long mural on the ethnic history of California. Painted over five summers, the work portrays, decade by decade, the contributions and struggles of California’s diverse peoples-from prehistoric times to the 1950s. Unique among murals in its conceptual approach, the Great Wall also provided an educational program of training in interracial relations for the project’s participants and for the people in the surrounding community.

Baca has received awards and recognition from the California Community Foundation, the Liberty Hill Foundation, the AFL/CIO, the California State Assembly, the United States Senate and the U.S. Army Corp of Engineers. Baca was the recipient of a 2001 Education Award from the National Hispanic Heritage Awards and in 2003 a Guggenheim Fellowship recipient. Baca is a founding faculty member of the new California State University-Monterey Bay, where she helped to develop a Visual and Public Art Institute. After 13 years at University of California, Irvine, in Studio Arts, she now serves as a senior professor in the University of California, Los Angeles (UCLA) Ceasar Chavez Center for Interdisciplinary Studies and the UCLA World Arts and Cultures Department. To advance muralism, Baca, in 1996, created the UCLA/Social and Public Art Resource Center (SPARC) Caesar Chavez Digital/Mural Lab, a research, teaching and production facility based at SPARC.

The Baca events at the University are sponsored by Carmen Morton Christensen, the Thomas D. Dee II Endowment, the University’s Departments of Art and Art History and the Utah Museum of Fine Arts.