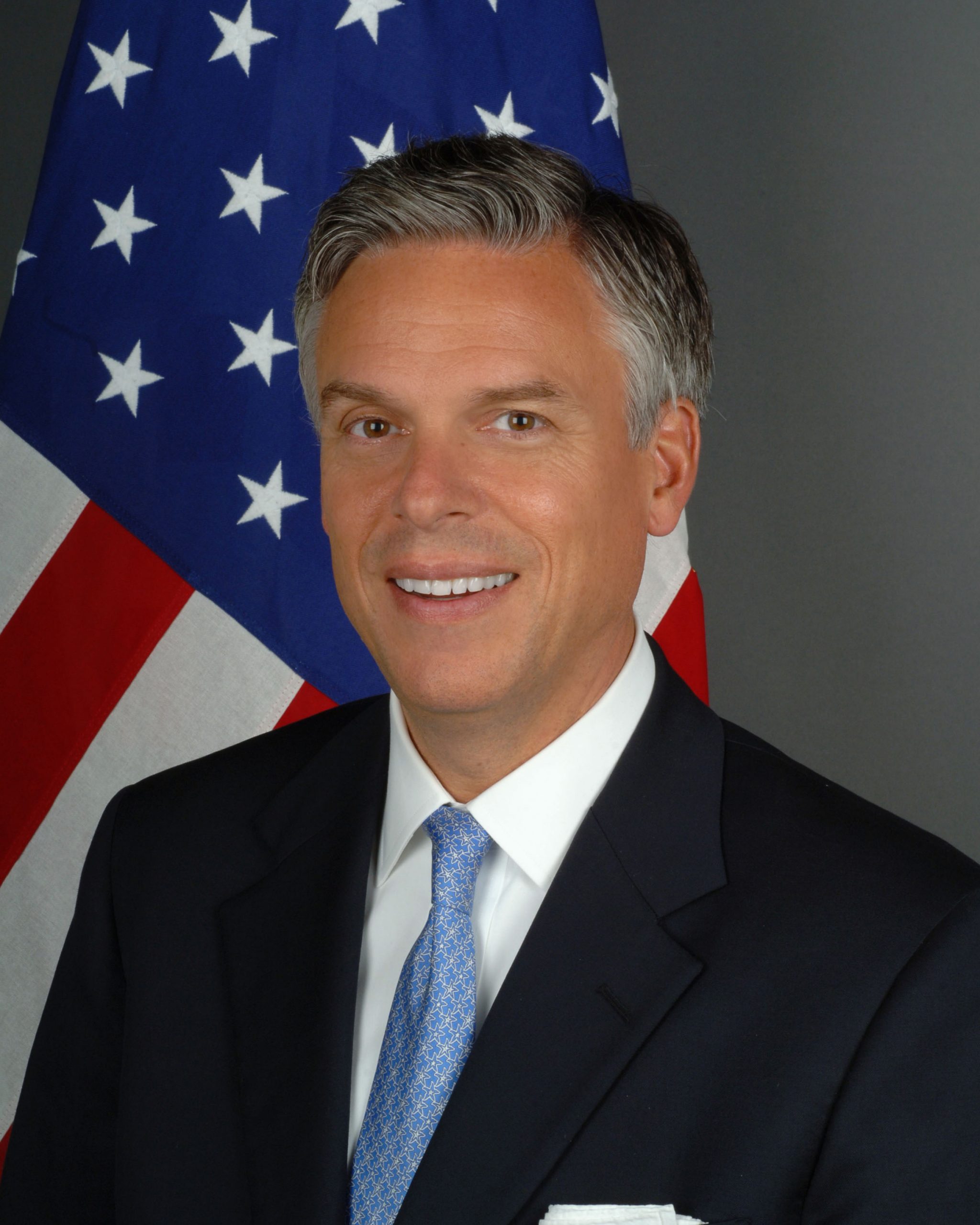 Jan. 12, 2010 – The University of Utah Board of Trustees announced today that United States Ambassador to China and former Governor of Utah Jon Huntsman, Jr. will deliver the commencement address at the 2010 commencement ceremony, to be held on Friday, May 7 in the Jon M. Huntsman Center.

Huntsman was tapped by President Barack Obama to serve as U.S. ambassador to China in May 2009 and his nomination was unanimously confirmed by the U.S. Senate. Huntsman was sworn in as ambassador immediately following his resignation as the governor of Utah on Tuesday, August 11, 2009 at 11:30 a.m.

Twice elected as governor of Utah, Huntsman won a record percent of the vote in 2008, including the majority in all 29 counties. As governor, Huntsman governed with his eye toward maintaining Utah’s unparalleled quality of life, continually increasing the state’s economic competitiveness and maximizing funding to Utah’s public education system.

His breadth of experience in Asia has been developed over a lifetime of interest and involvement. He has previously lived in Asia three times and speaks fluent Mandarin Chinese.

“It will be a great honor to return to Utah to speak at the University of Utah’s commencement ceremony this spring,” says Huntsman. “The University of Utah is the state’s flagship university, and as governor I was proud to work with its president, Michael Young, to support its successes in leading out on innovative technologies and the cutting-edge research that has become an indispensable engine for the state’s economy. Now, as the U.S. ambassador to China, I look forward to returning home to renew old acquaintances and getting to know this newest class of Utah’s finest.”

University of Utah President Michael K. Young adds, “We are enormously pleased that Ambassador Huntsman will be speaking at this year’s commencement ceremony. There is no greater friend to the U. and champion of higher education. His international experience and the depth of his insight into Asia and world affairs is truly unique. We are thrilled that he will be coming back to share his unique world perspectives with our new graduates.”

Huntsman’s public service career began as a White House staff assistant to President Ronald Reagan and has since included appointments as deputy assistant secretary of commerce for Asia, U.S. ambassador to Singapore and deputy U.S. trade representative. As a U.S. trade ambassador, Huntsman negotiated dozens of free trade agreements, trade and investment framework agreements and brokered other bilateral and multilateral trade agreements for the United States with China, Singapore, Australia, India, Vietnam, West Africa, South Africa and other Asian and African areas and nations. He played a critical role in launching global trade negotiations in Doha, Qatar in November of 2001, guiding the accession of China into the World Trade Organization.

He is a founding director of the Pacific Council on International Policy and has served on various boards such as the Brookings Institution Asia Policy Board, the Center for Strategic and International Studies Pacific Forum, the Asia Society in New York and the National Bureau of Asian Research.

During Huntsman’s tenure as governor, Utah was repeatedly recognized by many prestigious organizations for its dynamism, business climate and quality of life. Perhaps most important, Utah was named by the Pew Center as the Best Managed State in America. Even in times of economic hardship, Huntsman worked collaboratively with stakeholders to minimize impacts to critical human services while maintaining job-stimulating construction projects and keeping the state’s rainy day fund intact as a tool for any future fiscal distress.

As a dedicated public servant, Huntsman is committed to serving in this critical post as ambassador to one of the most important international relationships for the U.S. He is a graduate of the University of Pennsylvania and has four honorary doctorate degrees.