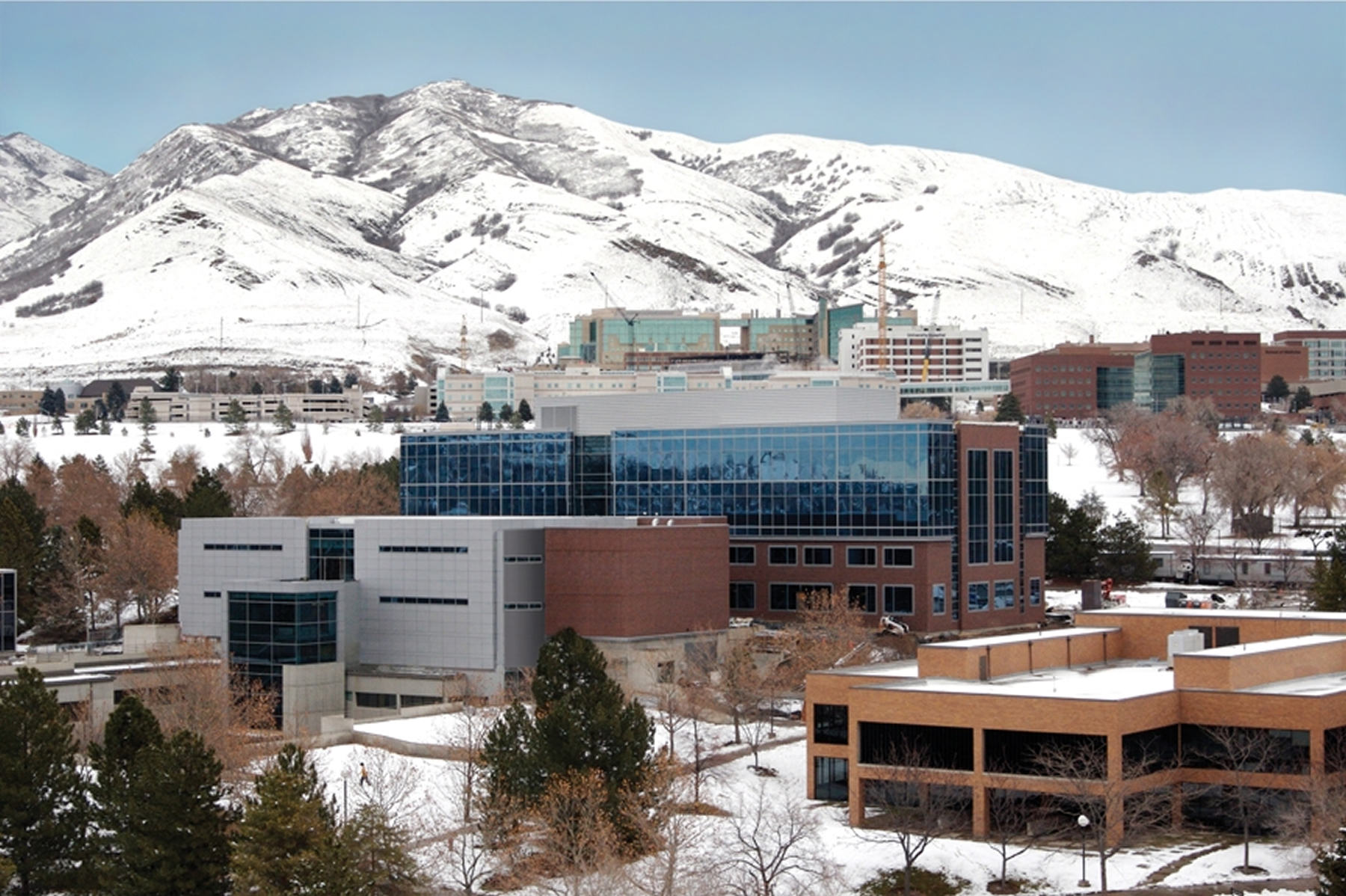 February 8, 2007 — Dedicated to the spirit of exploration and discovery, the John and Marva Warnock Engineering Building is the new academic home for engineering and computer science students at the University of Utah. The building will be officially dedicated during a ribbon cutting ceremony Friday, February 16 at 1:30 p.m. in the atrium of the new building located at 72 S. Central Campus Drive.

The new building is named for University of Utah alumni John and Marva Warnock who are pioneers and founders of the information age. Their generous spirit guided the development of the four-story 100,000 sq. ft. structure that is now the hub of the College of Engineering “campus.” Former Governor Michael O. Leavitt is expected to attend. Leavitt was instrumental in securing the state portion of the funds.

David W. Pershing, Senior Vice President for Academic Affairs, says the building is a vision turned into steel and glass. “The dream of this building began more than 10 years ago when I was the dean of Engineering, before moving into university administration. To celebrate the opening now is a thrill and reminds me of how many wonderful friends and alumni helped make this possible through their support; especially John and Marva Warnock. It was their incredible gift that ultimately turned our dream into a reality.”

The University of Utah’s College of Engineering is an economic engine for the Intermountain West. As Utah continues to expand as a diversified regional economy, the College has been pivotal in helping to meet the state’s workforce, infrastructure, job creation and technology development needs.

With 3,000 students and 600 annual graduates, engineering is the University’s fourth largest college. Its seven departments include traditional disciplines such as chemical, mechanical, electrical and civil engineering, along with the emergent areas of computing, bioengineering and materials science and engineering. The college generates more than $40 million a year in externally funded research.

Much of the space in the Warnock Engineering Building is dedicated to students including four auditorium classrooms and five seminar rooms which contain 450 high tech classroom seats; 13 group study rooms; generous informal study and meeting areas; and a café. The heart of the building is a two-story atrium and gallery. Over the next 12 months, the Edwin Catmull Gallery will be outfitted with technical exhibits and displays from distinguished alumni and major corporations such as Micron, Kennecott, ATK, Bard Access, Williams International and others.

“We are excited and grateful at the opening of the John and Marva Warnock Engineering Building. As the new face of engineering at the University of Utah, this building will be a place where the engineers of tomorrow will be inspired to go out and change the world,” remarked Dean Richard Brown.

Throughout construction of the new building, every effort has been made to meet or exceed modern standards for energy efficiency and sustainability from the rating of the glass, to the new cooling tower, to the braced frame construction with exposed steel beams for seismic strengthening.

Funding for the $32 million project came from $15 million in seed funds from the Utah State Legislature, matched by $17 million in university and private funds. Leading the effort were the project’s patrons and founders, John and Marva Warnock who provided the cornerstone gift of nearly $6 million, after previously donating two Presidential Endowed Chairs. In October, the Warnocks added $1.3 million to the campaign for the remodeling and modernization of the Engineering and Mines Classroom Building which has now been incorporated into the John and Marva Warnock Engineering Building as a combined physical plant.

Marva Warnock is a designer and partner with Marsh Design in Palo Alto. She serves on the National Leadership Council for the Utah Museum of Fine Arts at the University of Utah. John Warnock is co-chairman of the Board of Directors of Adobe Systems, Inc., a company he co-founded in 1982 with Charles Geschke. Dr. Warnock was President of Adobe for his first two years and Chairman and CEO for his remaining 16 years at Adobe. He has pioneered the development of world-renowned graphics, publishing, and Web and electronic document technologies that have revolutionized the field of publishing and visual communication.

The architects are Anshen & Allen of San Francisco with Prescott Muir of Salt Lake City. Programming was completed by Jill Jones of AJC Architects, working with Payette of Boston. Jacobsen Construction was the general contractor. Groundbreaking was held in October 2004.