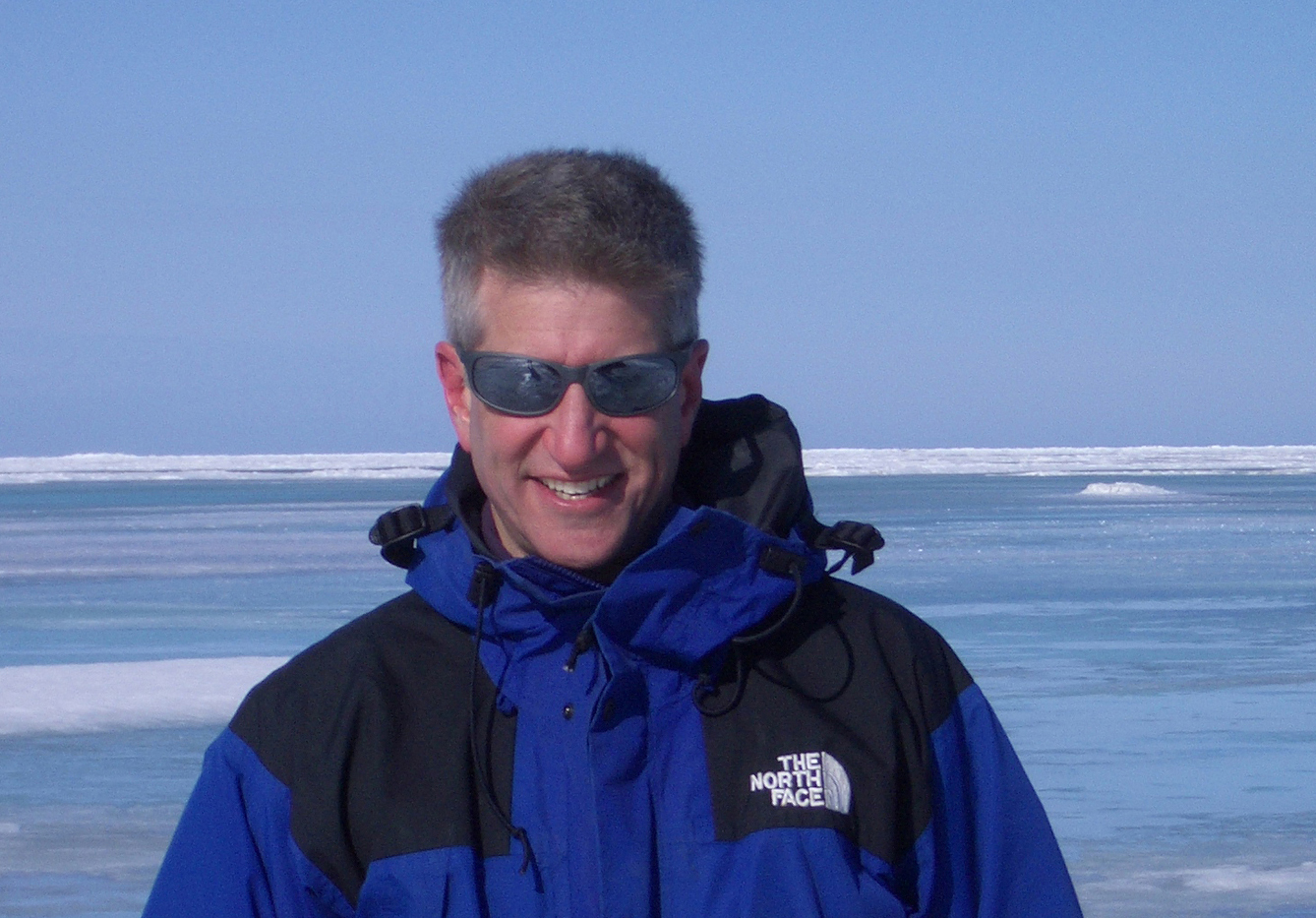 Sept. 10, 2007 – University of Utah mathematicians have arrived at a new understanding of how salt-saturated ocean water flows through sea ice – a discovery that promises to improve forecasts of how global warming will affect polar icepacks.

In the current issue of the journal Geophysical Research Letters, math Professor Ken Golden and colleagues show that brine moving up or down through floating sea ice follows “universal transport properties.”

“It means that almost the exact same formulas describing how water flows through sedimentary rocks in the Earth’s crust apply to brine flow in sea ice, even though the microstructural details of the rocks are quite different from sea ice,” says Golden, who currently is on an Australian research ship in Antarctica.

The study suggests similar porous materials – including ice on other worlds, such as Jupiter’s icy ocean-covered moon Europa – should follow the same rules, he adds.

Golden has made several trips to Antarctica and the Arctic for his studies.

The American Geophysical Union, which publishes the journal carrying Golden’s study, says sea ice is important because it is both “an indicator and regulator of climate change; its thinning and retreat show the effects of climate warming, and its presence greatly reduces solar heating of the polar oceans.”

“Sea ice also is a primary habitat for microbial communities, sustaining marine food webs,” the group adds. “The permeability of sea ice and its ability to transport brine are important to many problems in geophysics and biology, yet remain poorly understood.”

The AGU says Golden’s study presents “a unified picture of sea ice permeability,” and how that permeability to brine flow varies with the temperature and salinity of the ice.

“One of the most important aspects of the polar sea ice packs is the role they play in Earth’s albedo – whether Earth absorbs or reflects incoming solar radiation,” says Golden. “White sea ice reflects; the ocean absorbs. In the late spring, melt ponds [atop the ice] critically affect the albedo of the polar ice packs. The drainage of these melt ponds is again largely controlled by the permeability of the ice.”

The Intergovernmental Panel on Climate Change’s predictions “that the summer Arctic ice pack may disappear sometime during 2050-2100 depend in part on these types of considerations,” he adds. “Now that we have a much firmer understanding of how permeability depends on the variables of sea ice, namely temperature and salinity, our results can help to provide more realistic representations of sea ice in global climate models, helping to hone the predictions for world climate and the effects of warming.”

The results “can also help in understanding how polar ecosystems respond to climate change,” Golden says. “Biological processes in the polar regions depend on brine flow through sea ice. For example, the rich food webs in the polar oceans are based on algae and bacteria living in the ice, and their nutrient intake is controlled by brine flow.”

“In the Antarctic, ice formed from flooding of ice surfaces is an important component of the ice pack, and this formation is dependent on brine flow,” he adds. “Brine drainage out of sea ice and the subsequent formation of Antarctic bottom water is an important part of the world’s oceans.”

“These formulas exhibit universality, meaning that the end result doesn’t depend on the details of the model or system, only on the dimension of the system,” he says. “While large classes of abstract models obey this principle, real materials often do not. So it is surprising that a complex, real material like sea ice actually obeys these formulas.”

To conduct the study, Golden and colleagues analyzed sea ice and “modeled” or simulated its behavior mathematically, and also made field and laboratory measurements of sea ice, including using X-rays to make CT-scan images of how the microscopic pore structure of ice varies with temperature.

Golden conducted the study with University of Utah colleagues Amy Heaton, a chemistry graduate student, and Jingyi Zhu, an associate professor of mathematics. Other co-authors are from the University of Alaska Fairbanks.