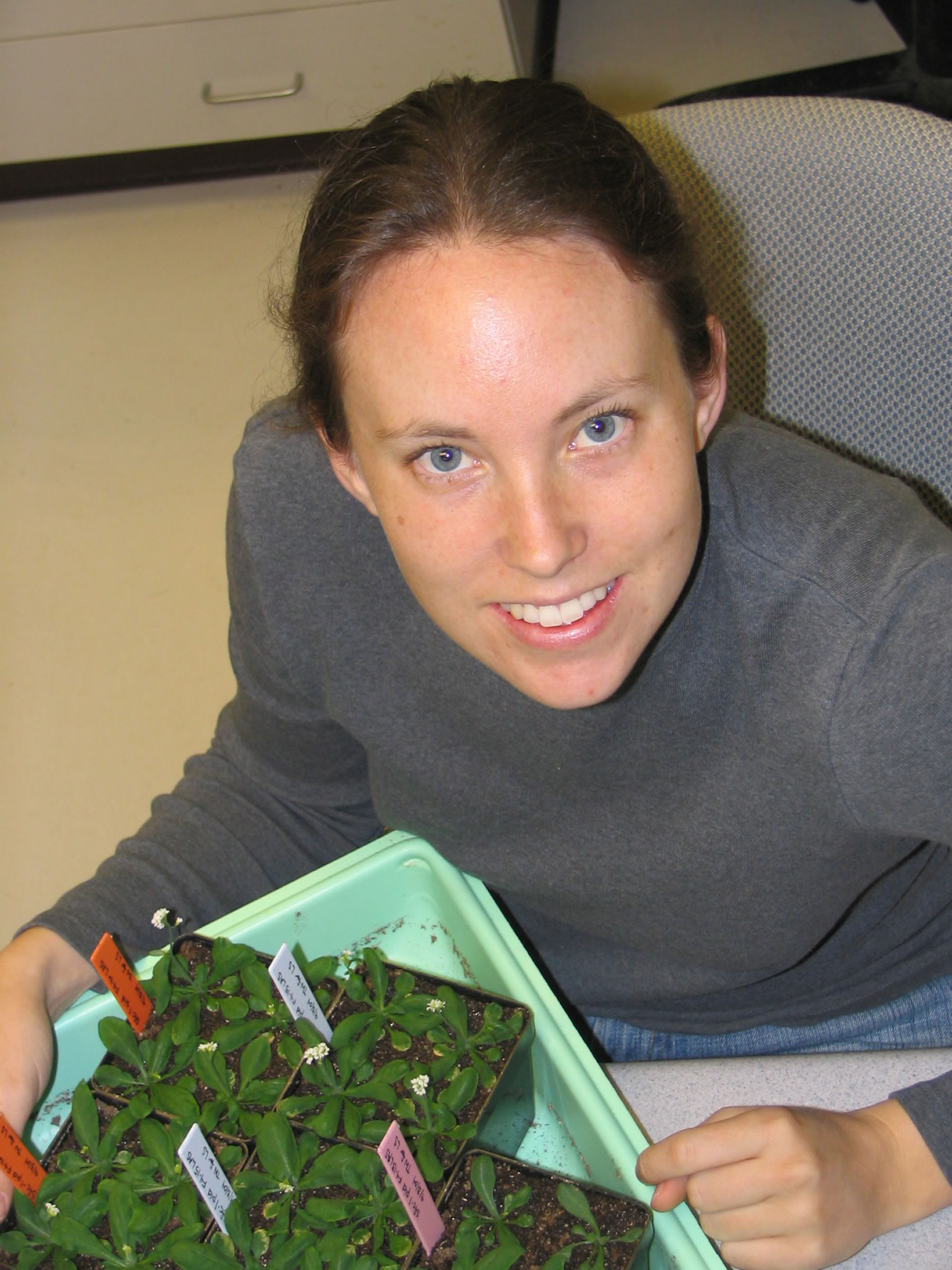 Oct. 4, 2004 — University of Utah biologists discovered a gene that allows a plant’s roots to tell the leaves to stop growing, presumably when water is scarce, soil is too compacted or other conditions are bad.

While roots obviously carry food and water to the leaves, the new findings help show how roots also send chemical signals that control whether or not leaves grow. How leaves grow is a crucial matter given that leafy plants supply food for humans and other creatures, produce oxygen for all animals to breathe, influence global climate and grace us with the current season of brilliant fall colors.

“When we look at plants, it’s easy to think only about the above-ground parts you can see,” says Leslie Sieburth, who led the study and is an associate professor of biology at the University of Utah. “But this study shows that the roots potentially play a huge role – in addition to supplying water and nutrients – in controlling how the plant comes to look as it does. It’s very easy to ignore the root, but our study shows we shouldn’t.”

Manipulating the process someday might allow scientists to genetically engineer crops and other plants to be more productive in dry conditions – for example, so that crops could keep producing abundant leaves in a drought by irrigating them while overriding the genetic signal that normally would inhibit growth, Sieburth says.

The new study was published in the Oct. 5 issue of the journal Current Biology by Sieburth, graduate student Jaimie Van Norman and Rebecca Frederick, who formerly worked in Sieburth’s laboratory and now is a graduate student in biochemistry.

Seeking the Secrets of How Leaves Grow

Sieburth’s research focuses on a seemingly simple question: “How do leaves grow? It’s a basic biological question,” she says.

Plants look different depending where they grow. A dandelion, for example, may be very leafy in Florida’s humid climate, but have only small leaves when growing in Utah during a drought, says Sieburth.

She says the gene she and Van Norman discovered – named BYPASS1 or BPS1 – may be the key. BPS1 normally allows leaves to develop, but stops leaf growth when necessary, she adds. In the study, she and Van Norman demonstrated that BPS1 could be manipulated to change the way leaves develop even if a plant has enough food and water.

The study used a plant named Arabidopsis, commonly known as thale cress, which is frequently used in studies of plant genetics because it is small, easy to handle, lives only seven weeks from seed to seed, and fertilizes itself so mutant strains can be maintained as seeds. Most plants are believed to have genes similar to those in thale cress, which is related to broccoli, cauliflower, Brussels sprouts, cabbage and mustard.

Scientists already knew that a variety of hormones – cytokinin, abscisic acid and derivatives of compounds called carotenoids – play a role when plant roots send signals to shoots, which include everything above ground: stems, leaves, flowers and fruits. But little has been known about how genes active in roots control these chemical signals, Sieburth says. The new study reveals part of the answer, and indicates a previously unknown plant hormone – a chemical probably made from carotenoids – is involved.

Carotenoids include well-known substances such as beta carotene in carrots and tomatoes, lycopene in tomatoes, lutein in daffodil flowers and the substance that gives color and flavor to saffron, a spice from crocus flowers.

Details of the Experiments

In the study, the biologists discovered the BPS1 gene and then demonstrated that it is required to prevent a plant from constantly producing the carotenoid byproduct that turns off leaf growth.

First, they grew thale cress plants with the mutant form of BPS1 known as bps1. Normal seedlings produce an increasing number of flat, broad, round leaves as they grow. Mutants grew only two smaller leaves shaped like triangles or cones.

After a series of experiments suggested that the roots sent a signal to halt leaf growth, Van Norman did what Sieburth calls “a brilliant experiment.” She grew mutant seedlings, cut their roots off and placed the shoots on agar, a gelatinous substance containing nutrients. Those mutants produced two fairly normal flat leaves, then started making a third leaf that was small and abnormally shaped. Van Norman noticed that happened just as new roots started to grow from the bottom of the shoots.

So Van Norman kept cutting off the roots each time they started to regenerate. The plants produced normal leaves, indicating the mutant roots were sending a chemical signal to stop leaf growth.

“We got small leaves,” Sieburth says. “And no more were produced.”

The experiments indicated the normal BPS1 gene produces a protein that is a “negative regulator,” which Sieburth compares with the handle on a water faucet.

In a normal plant, BPS1 keeps the faucet shut. But when conditions are bad, it opens the faucet so that the growth-inhibiting carotenoid byproduct flows freely from the roots, telling leaves to stop growing.

Sieburth says the study didn’t demonstrate what those conditions might be, but lack of water and compacted soil are likely because such conditions would threaten the plant’s survival were it not for a signal telling the leaves to stop growing.

Earlier studies show that during drought, “an unknown signal comes from the root and restricts leaf growth,” Sieburth says.

Plants with mutant bps1 in the study also allowed the faucet to be wide open. That is why when roots were cut off repeatedly, the flow of growth-inhibiting hormone stopped and leaves grew normally.

Van Norman believes the normal BPS1 gene exists because “plants are immobile organisms. They have to be able to sense their environment both above ground and below ground, and then respond to changes in the environment.”

“They can’t just walk away,” when water is in short supply, Sieburth says.

To indicate what kind of hormone turned off leaf growth, Van Norman and Sieburth treated thale cress plants with tiny amounts of a herbicide named fluridone, which inhibits production of carotenoids. When they used it on mutant plants – which otherwise would have stunted leaves – the leaves grew pretty much normally. Because fluridone stopped the growth-inhibiting chemical and allowed leaves to grow, and because fluridone inhibits carotenoids, the experiment suggested the growth-inhibiting chemical is a carotenoid.

Subsequent experiments indicated an unknown member of that class of hormones is responsible. Because a carotenoid named zeaxanthin made mutant plants even more abnormal, the researchers suspect the unknown chemical is derived from zeaxanthin.

Future studies will try to determine more about BPS1 functions, identify the specific growth-inhibiting carotenoid, learn precisely how the chemical halts leaf growth, and find out how plants in their normal environment use BPS1 and the anti-growth signal it unleashes.