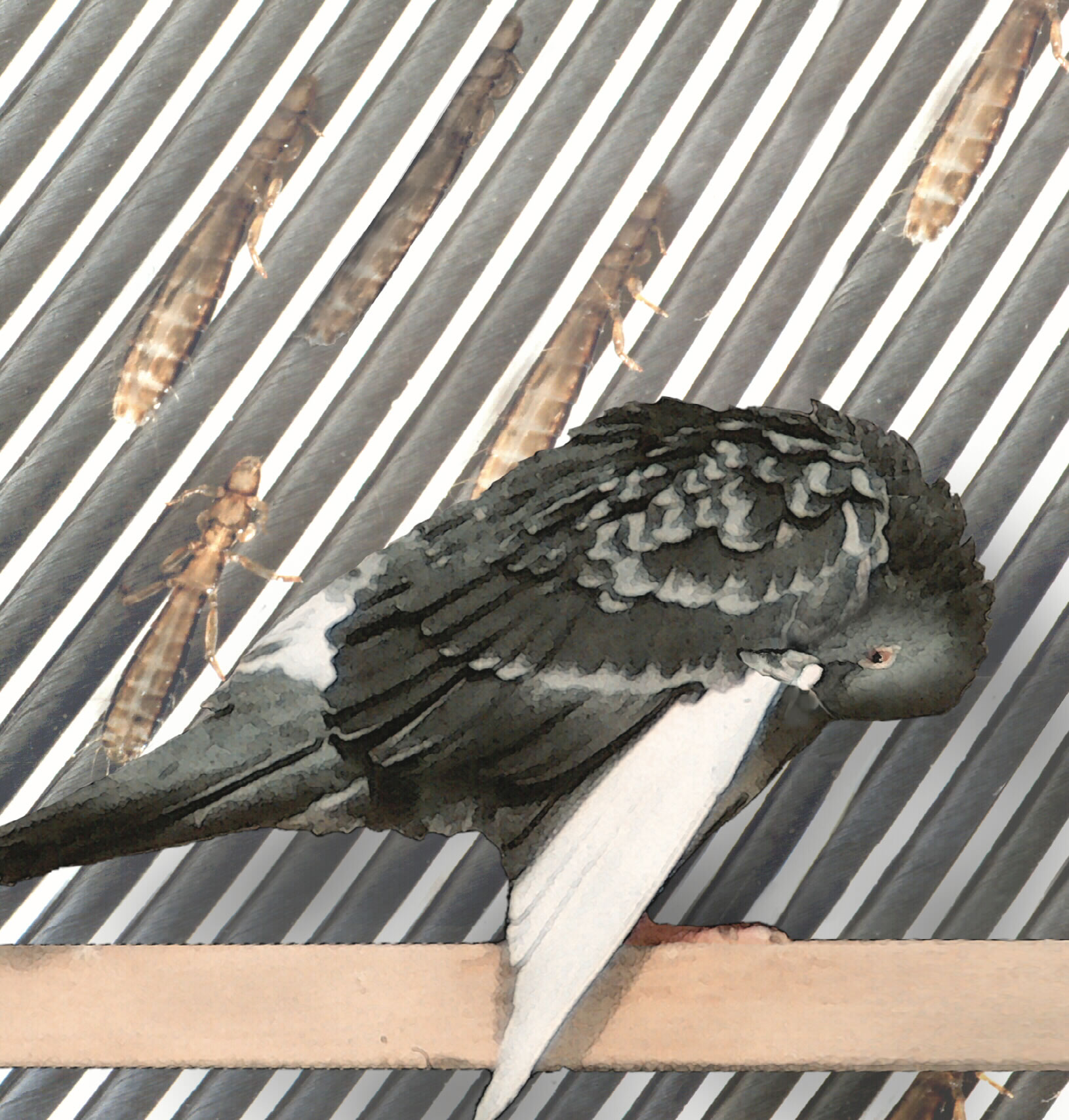 December 8, 2003 — University of Utah biologists twirled louse-infested bird feathers on an electric fan and flew pigeons and doves like kites on strings in a study that found small lice stick to small birds and big lice prefer big birds.

The study also showed why size matters to parasites: Lice infest bird species with feathers that are just the right size so the insects can hide between individual “barbs” – the hair-like branches that extend from the shaft of each feather. When lice can hide in the feathers, the birds cannot preen them off with their beaks.

Why should anyone care? More than half of all species on Earth are parasites, or bacteria and viruses that act like parasites. The great diversity of parasites is tied to the fact that many parasite species evolved so each usually infests only one species of host organism.

The study “is one of the best demonstrations to date of why parasites are often specific to a single species of host and under what conditions they jump hosts,” said evolutionary ecologist Dale H. Clayton, the study’s first author and an associate professor of biology at the University of Utah. “This is of strong interest to the public, particularly when it concerns parasites such as SARS and the West Nile virus.”

The study is being published online the week of Dec. 8, 2003, by the journal Proceedings of the National Academy of Sciences. It was conducted by Clayton; Bush; former biology undergraduate Brad Goates, now a University of Utah medical student; and former postdoctoral researcher Kevin Johnson, now at the Illinois Natural History Survey.

SARS (severe acute respiratory syndrome), which killed 916 people worldwide in a 2003 outbreak, is caused by a coronavirus that is believed to have jumped to humans from civets, which are nocturnal, cat-shaped creatures. The West Nile virus is spread from birds and mosquitoes to humans.

While the new study is not immediately relevant to SARS and West Nile, “if we know why parasites use some hosts and not other hosts, then we can begin to predict what hosts may get hit in the future by a given parasite,” Clayton says.

Genealogy for lice and birds

In one part of the study, the researchers analyzed genetic material from 19 species of lice and 24 species of pigeons and doves. That allowed them to construct evolutionary family trees for the lice and the birds, showing how each species was related to or descended from other species during the last 30 million years.

Those evolutionary trees revealed that louse species evolved in concert with various species of pigeons and doves they infest. As a result, “big birds have big lice, small birds have small lice,” says Bush.

“We have shown that something as simple as the changing size of a parasite’s environment – the bird feather – can cause new species of lice to form,” Clayton says.

“Our research suggests that humans don’t pick up lice from chimps and baboons because those lice evolved to hang onto to coarser hair. On an even broader level, the study suggests size matters in terms of what parasites infest a host. Size is one of the most fundamental properties of all living organisms. Something as simple as size even may be dictating what cells can be invaded by parasites like those that cause malaria.”

Experiments to learn why bird size matters to lice

After making measurements to confirm bigger birds have bigger feathers and smaller birds have smaller feathers, the researchers conducted three sets of experiments to learn why big lice could only survive on birds with big feathers.

Some abdominal feathers were plucked from all five species, weighed, and incubated for a month in test tubes with 10 lice per tube. Then the feathers were removed and weighed, revealing that the lice ate the same, no matter what size bird the feathers came from.

— A second set of experiments disproved the hypothesis that large lice would have trouble clinging to the small feathers of a small bird. The hypothesis is basically that “if you have evolved to shimmy up telephone poles, then you might have trouble climbing redwood trees or a clothesline pole,” Clayton explains.

“The idea was to see if rock pigeon lice can hang onto feathers from different species of birds,” Bush says.

Bush placed each bird on a tether made of fishing line and, one at a time, let them fly above a University of Utah football field until they landed. In a related experiment, she painlessly removed feathers with the transplanted feather piece and taped them to an electric fan rotating at 50 mph for 20 minutes.

Both parts of the experiment showed most of the rock pigeon lice stuck to feathers, no matter what species of bird was the source of the feather transplant.

“I had one louse on the fan for seven hours,” Bush says. “I gave up before it did.”

— The third and conclusive experiment revealed why a bird’s size matters to the lice that infest it. The experiment showed that lice of just the right size were able to hide in the feathers and escape being picked off when the bird used its beak to preen its feathers.

The researchers started with louse-free birds. Then they transferred 25 lice that normally infest rock pigeons onto each bird of four other species of pigeons and doves.

Some birds were allowed to keep their normal preening ability. Preening was blocked in other birds by placing a harmless C-shaped plastic bit – somewhat like a horse’s bit – between the upper and lower parts of the beak. Those birds couldn’t completely close their beaks. They could eat, but were unable to use the overhang of the upper beak to remove lice.

Normally, a bird’s beak “is like a guillotine,” Bush says. “It chops off parts of the lice and crushes or slices them to remove them.”

After two months, the scientists counted the number of lice on each bird, and found big lice couldn’t survive on small birds because they couldn’t hide in the feathers.

“This study suggests that birds and lice co-evolve in an arms race over time, with lice changing size as birds, their beaks and feathers also change size,” Clayton says.