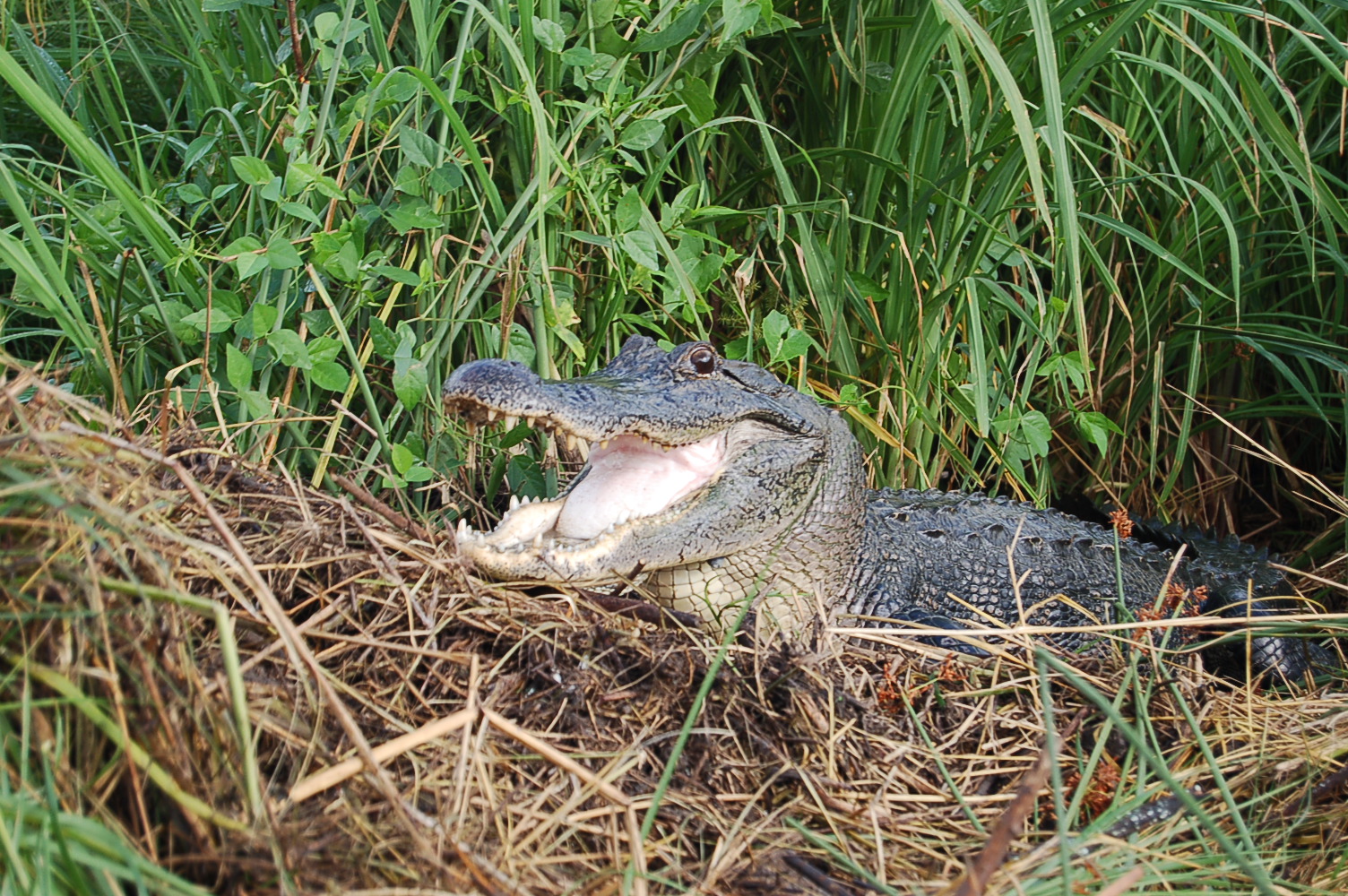 When an alligator eats, the amount it consumes is like a 130-pound woman eating a 30-pound hamburger.

University of Utah biologist C. G. Farmer and colleagues have figured out how alligators digest such big — and often bony — meals: They divert blood away from the lungs and toward their stomach, which sharply increases the production of gastric acid needed for digestion.

The news release below deals with Farmer’s study, which will be published in the March-April issue of Physiological and Biochemical Zoology, a journal published by the University of Chicago Press.

As perhaps confirmed by their ubiquity on nature cable channels, crocodiles are among nature’s most fearsome predators. When the opportunity arises, crocodilians will gorge, voluntarily consuming meals weighing 23 percent of their own body weight. This is analogous to a 130-pound woman eating, at one sitting, a hamburger weighing 30 pounds. But what to do with all of that food? If they do not digest their meal quickly, crocodilians risk death from within, or if they are young, by predators.

While it has long been known that reptiles have the ability to shunt blood past their lungs, the physiological function of this ability is poorly understood. In a breakthrough article for the March/April 2008 issue of Physiological and Biochemical Zoology, “The Right-to-Left Shunt of Crocodilians Serves Digestion,” Professor C.G. Farmer and her colleagues at the University of Utah, along with the Utah Artificial Heart Institute, were able to demonstrate through their experiments with American alligators that the bypass function is central in their digestion process, and ultimately, their survival.

After feasting, crocodilians like to find a warm place to lie down while they digest their meal. Although on the outside this behavior seems ordinary, inside their bodies an extraordinary event takes place. During this period of digestion crocodilians divert blood through a special vessel that bypasses the lung, named the left aorta. Humans, other mammals, and birds lack this special vessel, and so all blood pumped by the right side of the heart flows through the pulmonary artery into the lungs, where carbon dioxide (CO2) moves from the blood into the gases of the lungs.

Crocodilians can chose not to use the left aorta, in which case their cardiovascular system is very much like the mammalian system. However, when crocodilians are digesting a meal, they chose to shunt and direct CO2-rich blood straight to the stomach, where glands make use of the CO2 to form gastric acid and bicarbonate. Consequently this shunt enables crocodilians to secrete gastric acid at a rate that is approximately 10 times the highest rates measured in mammals. If crocodilians are deprived of this ability to sidestep their lungs, their rates of acid secretion drop significantly and their ability to dissolve bone, a regular part of their normal diet, is impaired.

There are many reasons crocodilians may need this super secretion. First, these huge meals, which are stored in the stomach while they are gradually broken down, would putrefy due to the overgrowth of bacteria without the constant acid bath that inhibits bacterial growth.

A second reason may be related to the hunting tactics of crocodilians. Concealed below the water’s surface, crocodilians stealthily approach animals that have come to drink, spring upon their prey, and drag them into the water and drown them. This powerful burst of activity generates an extraordinary amount of lactic acid in their muscles, which, unless cleared rapidly from the body, can be lethal. The shunting of this acidic blood past the lungs and to the stomach allows the acid to quickly leave the blood and provides the blood with bicarbonate, an important buffer.

Last but not least is the possibility that the shunt helps runts. Within the first year of hatching over 50 percent of young crocodilians end up as somebody’s lunch, but the bigger they get the less likely they are to be eaten. Crocodilians are cold-blooded animals that rely on basking in the sun for warmth, and a warm belly is essential for high rates of acid secretion, good digestion, and rapid growth, but basking sites are not always plentiful and the biggest animals dominate these sites. Thus it may be critical for little crocodilians to make hay while the sun shines; that is, to rapidly secrete acid while they have the opportunity to get warm.