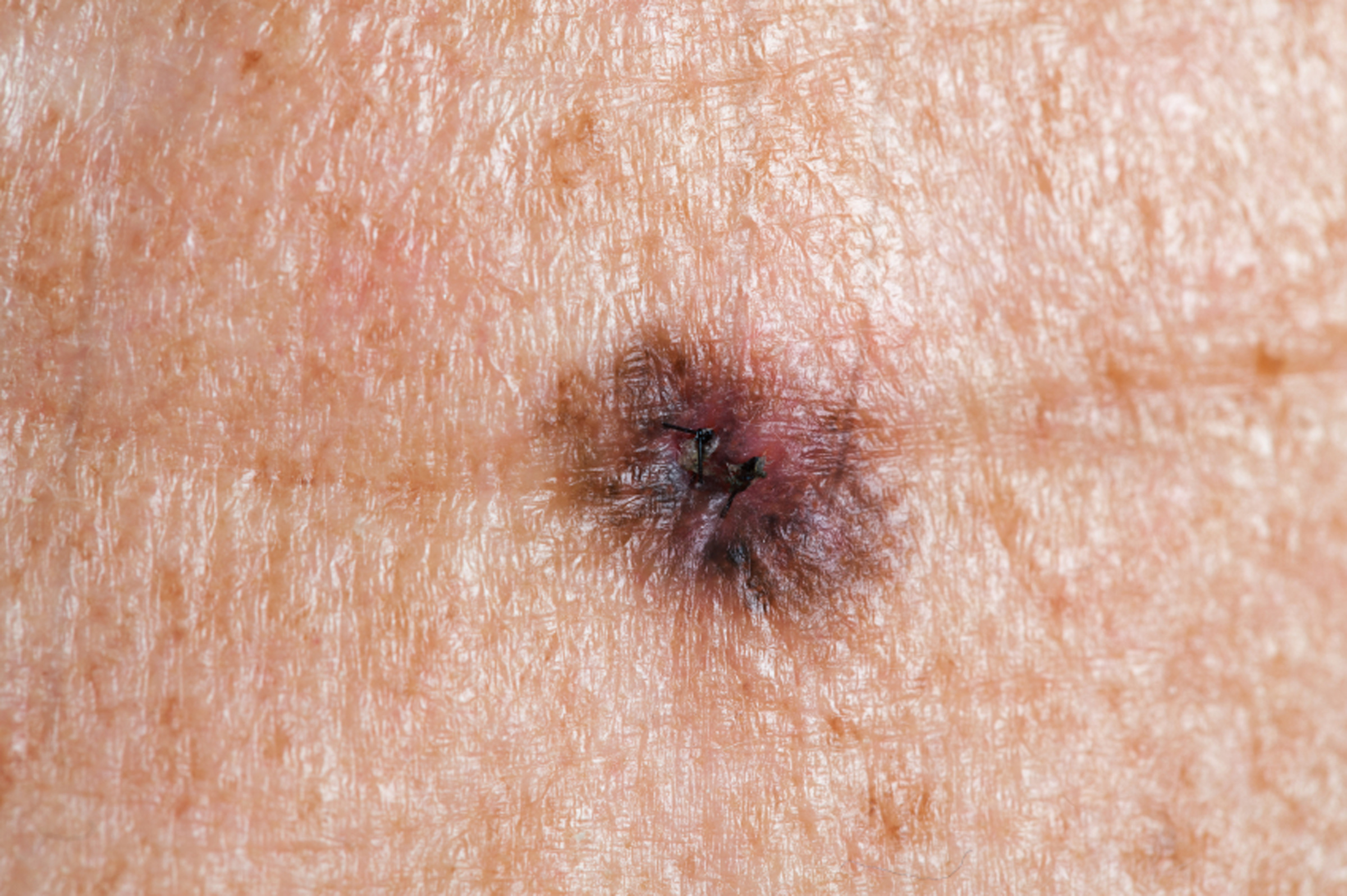 Feb. 4, 2013 – Researchers have identified a critical protein role in the metastasis of melanoma, the most serious form of skin cancer. Inhibition of the protein known as adenosine diphosphate ribosylation factor 6 (ARF6) reduces the spread of melanoma to the lungs in mice, according to a study published in the March 5 issue of Science Signaling online, suggesting that targeting ARF6 may be an effective approach to preventing melanoma metastasis.

Melanoma is the sixth most common cancer in the United States. Approximately one in 50 people will develop melanoma in their lifetime, and the number of melanoma cases diagnosed each year is increasing faster than for any other cancer. While melanoma generally starts as a single skin tumor, cancer cells can spread, or metastasize, to distant sites throughout the body such as the liver, lungs, and brain.

“Metastasis is what makes melanoma lethal, but our knowledge of how melanoma spreads is limited,” says Allie Grossmann, M.D., Ph.D., molecular genetic pathology fellow at the University of Utah and co-first author on the study. “By improving our understanding of the cellular machinery responsible for melanoma metastasis, we can better identify targeted therapies that may stop the spread of cancer cells.”

Although significant progress has been made in the treatment of metastatic melanoma, currently available treatments still can’t achieve long-term survivorship in most patients. Grossmann and her colleagues discovered a new molecular pathway involving ARF6 that promotes metastasis and can be inhibited by a small molecule known as SecinH3. “The surprising discovery that SecinH3 seems to inhibit the entire metastatic signaling cascade represents a potential breakthrough that may lead to improvements in the efficacy of current drug therapy. Our findings are exciting because the clinical implications extend beyond melanoma to other cancers, such as breast cancer and a type of brain cancer known as glioblastoma, in which invasion is also mediated by ARF6.”

Based on the findings of this study and other previous studies by the same group that show the importance of ARF6 in other biological processes, Navigen Inc., a Salt Lake City-based pharmaceutical and medical device company, is investigating new ARF6 inhibitors for pre-clinical studies.

Although SecinH3 itself is not suitable for treatment in human patients, it serves as a useful model compound for demonstrating that small-molecule inhibitors of ARF6 may have therapeutic value in melanoma, according to Shannon Odelberg, Ph.D., U of U assistant professor of internal medicine and neurobiology and anatomy, Navigen scientist, and a contributing author on the study. “Our findings are the first step toward developing potent therapies that may actually prevent or reduce melanoma metastasis,” says Odelberg, who’s also part of the Molecular Medicine Program at the University of Utah. “These new therapies could potentially be used in combination with current drugs to produce a more effective treatment for melanoma.”

Ongoing collaboration between the University of Utah and Navigen will focus on developing a more detailed understanding of the ARF6 signaling pathway and testing new compounds to prevent metastasis in pre-clinical models of melanoma and other cancers.

Dean Y. Li, M.D., Ph.D., vice dean for research and chief scientific officer at University of Utah Health Care, H.A. and Edna Benning Endowed Professor of Internal Medicine, and director of the Molecular Medicine M.D./Ph.D. programs, is senior author on the study. Li also is an investigator with HCI.

This study was partially funded by a grant from the Huntsman Cancer Foundation.