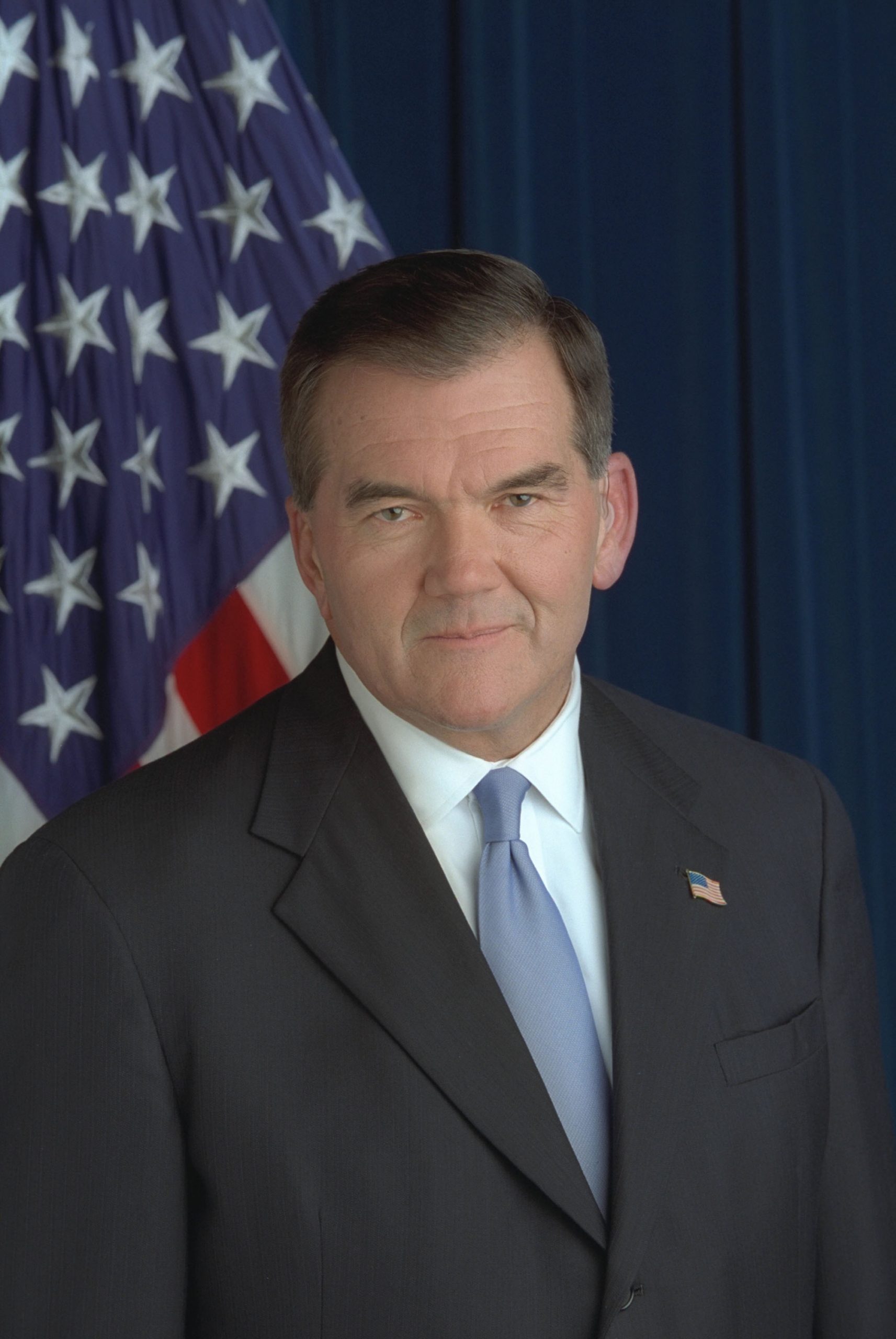 March 25, 2004 — Today the University of Utah announced that Tom Ridge, Secretary of the U.S. Department of Homeland Security, will deliver this year’s commencement address on Friday, May 7, 2004, in the Jon M. Huntsman Center. He will be presented with an honorary Doctorate of Laws. Earlier this month it was announced that former University President Bernie Machen would give the commencement address. Several months ago, Machen, president of the U from 1998 through the end of 2003, invited Ridge to be the U’s commencement speaker. The Secretary’s office could not confirm his schedule at that time. Machen, who will be in attendance at commencement to accept an honorary Doctorate of Humane Letters, agreed to give the address if Ridge was unavailable. Ridge’s office confirmed his participation today.

Following the tragic events of Sept. 11, Tom Ridge was sworn in as the first director of the Office of Homeland Security in October 2001. The charge to the nation’s new director of homeland defense was to develop and coordinate a comprehensive national strategy to strengthen the United States against terrorist threats or attacks. On January 24, 2003, Tom Ridge became the first Secretary of the Department of Homeland Security. Ridge works with more than 180,000 employees from combined agencies to strengthen America’s borders, provide for intelligence analysis and infrastructure protection, improve the use of science and technology to counter weapons of mass destruction and to create a comprehensive response and recovery division.

Ridge was twice elected governor of Pennsylvania, serving from 1995 to 2001. He cut taxes every year he was in office. His aggressive technology strategy focused on economic development, education, health and the environment. Ridge created industry-led initiatives in advanced computing technologies and the life sciences, as well as technology initiatives to increase access to education. During his years in the Governor’s office the number of children receiving free or low-cost health care through Pennsylvania’s nationally recognized Children’s Health Insurance Program increased by 145 percent.

A 1967 Harvard graduate, Ridge spent a year at The Dickinson School of Law before being drafted into the U.S. Army, where he served as an infantry staff sergeant in Vietnam. He earned the Bronze Star for Valor. Returning to Pennsylvania, he earned his law degree, worked in private practice, and served as assistant district attorney in Erie County. He was elected to Congress in 1982-the first enlisted man in the Vietnam War to serve in the U.S. Congress-and was re-elected five times.