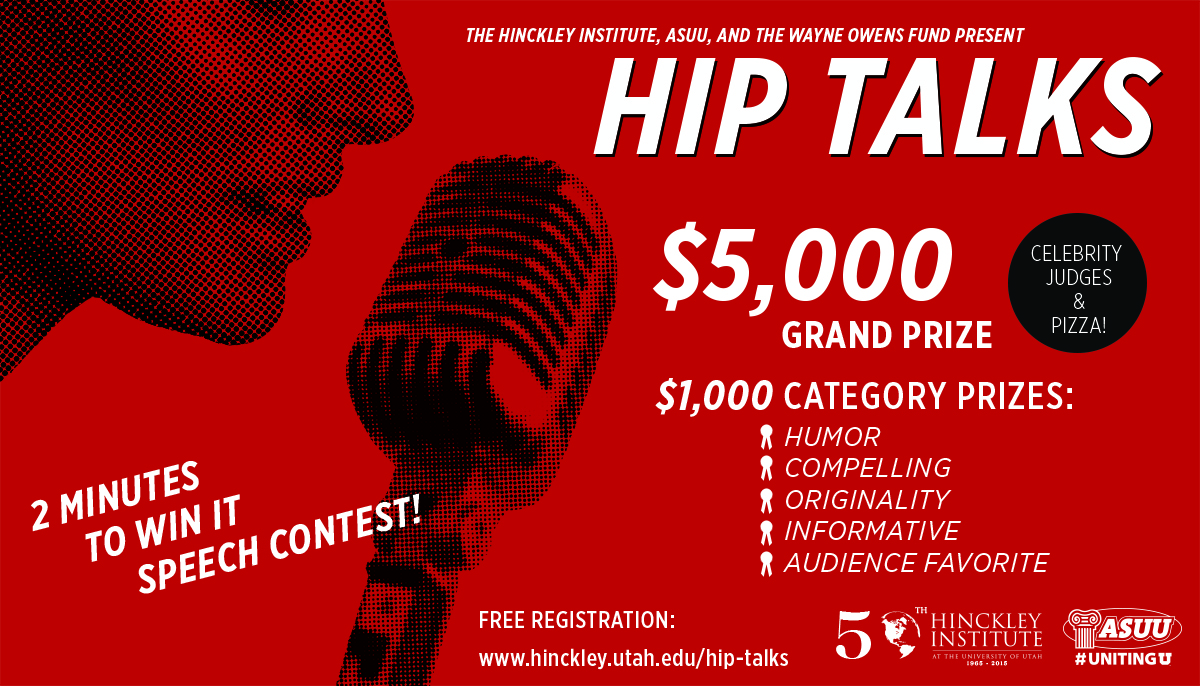 April 9, 2015 — 30 students, $10,000, and two minutes to win it. In honor of the oratorical skills of former Utah Congressman Wayne Owens, the Hinckley Institute of Politics and the Associated Students of the University of Utah on April 15 will host the finale of a highly anticipated speech contest called HIP Talks.

Over the last month, more than 200 students from every major and discipline on campus have thrown their hats in the ring in hopes of qualifying for the fiercely competitive top 30 spots. The finals take place at 5 p.m. at the University of Utah Union Ballroom. The event is free and open to the public.

The rules are simple: the speeches must be two minutes in length but can be given on any subject. The finalists’ topics vary widely including an economics doctoral candidate’s proposal to eat your cake and have it too, a political science major’s experiences growing up in a polygamist family, and a biomedical engineering major’s push for female pocket equality.

During the finals, a celebrity judge panel will select a winner for each of the following categories: