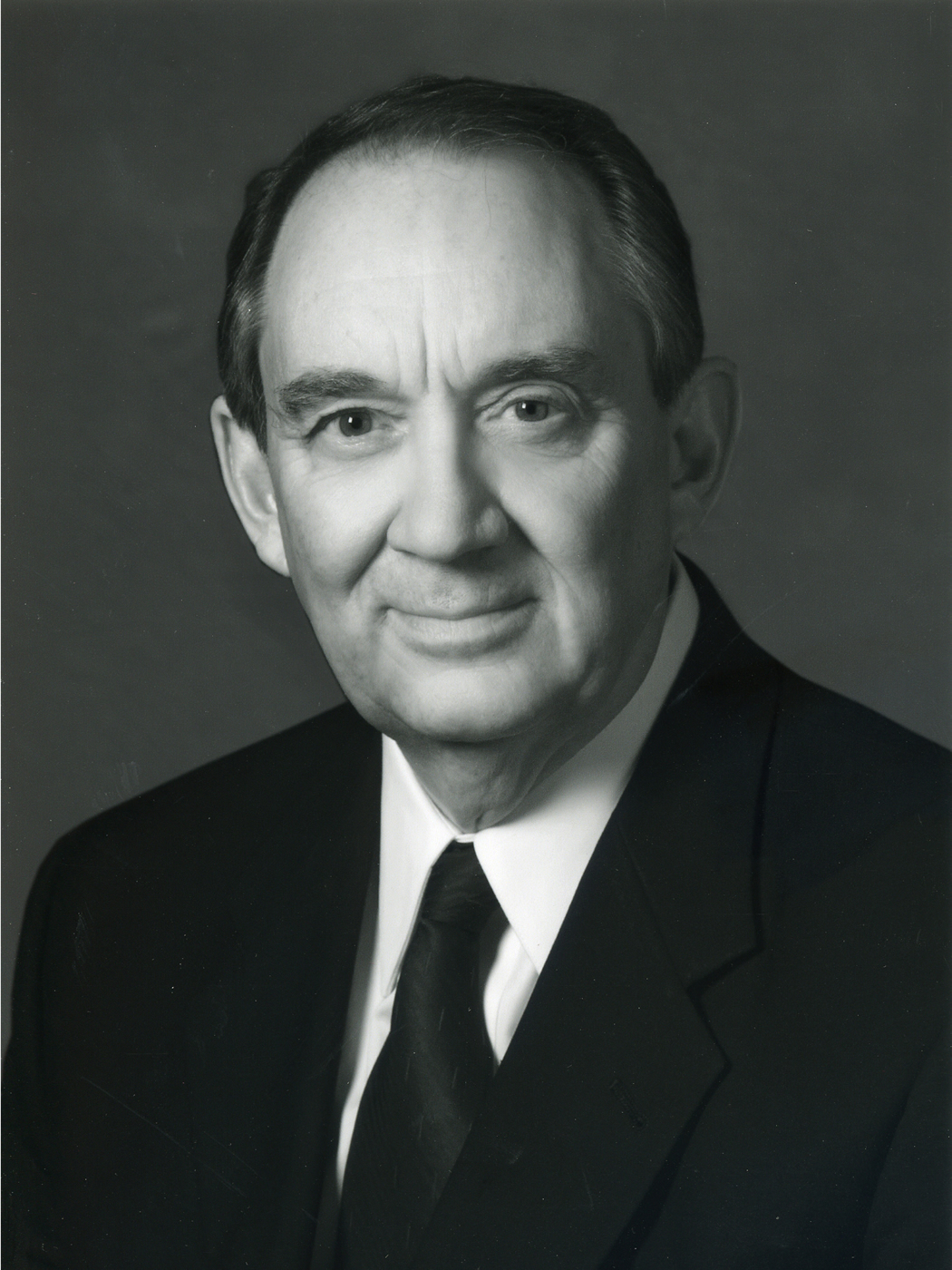 May 5, 2005 — The Hinckley Institute of Politics at the University of Utah announced today the establishment of a new scholarship in honor of U.S. Senator Robert F. Bennett.

University President Michael K. Young, Ron Hrebenar, chair of the Political Science Department and interim director of the Institute, and other guests and members of the Bennett family, joined Douglas Bennett, who established the scholarship, to announce the creation of this new internship opportunity. Over $50,000 of the $75,000 goal has been raised so far from private donations.

In his comments, Young paid tribute to Senator Bennett and his distinguished career in politics and remarked that Bennett and his nephew Doug have been long-time supporters of the U. In fact, both served as student body presidents. Young commented that “Senator Bennett has a tremendous reputation in Congress on both sides of the house, and has served this country and this institution well” He added that, “My hope is that the students who benefit from this new scholarship will bring back their experiences and apply them to their lives with the same distinction as has Senator Bennett. It is an honor to attach his name to our scholarship.”

According to Hrebenar, “This scholarship will allow a promising student in political science to spend a semester in Washington, D.C. serving as a Hinckley intern in a Congressional or related office. Our internship program is the heart of our Institute. Every year we place dozens of students in various locations around the country and abroad. Our Washington internships are some of the most exciting and rewarding as they put the students in the center of politics and government and give them a behind the scenes view of our nation’s capital.”

In establishing the scholarship, Douglas Bennett, nephew of Senator Bennett and vice president for federal affairs, Liberty Mutual Group, said, “The Robert F. Bennett Scholarship honors Utah’s junior senator, an alumnus, long-time friend and strong advocate for the University of Utah. It will enable students to spend time in Washington, D.C., observing first-hand the workings of the U.S. Congress and the executive branch of government.” He added that, “Those of us who have worked to endow the scholarship are confident that the student’s experiences in Washington will contribute to a deeper appreciation of American democracy and understanding of our free market economic traditions.”

The mission of the Hinckley Institute of Politics is to promote political and civic involvement and to engage university students in the political process. The Hinckley Institute is a bipartisan institute dedicated to engaging students in governmental, civic and political processes; promoting a better understanding and appreciation of politics; and training ethical and visionary students for service in the American political system. Since it’s founding, the Institute has provided a wide range of programs for students, public school teachers and the general public.

The Institute provides internship opportunities for course credit in offices of elected officials, government agencies, non-profit organizations, campaigns, and think tanks. The Hinckley Institute of Politics places more than 200 students every year in positions locally, internationally, at the Utah and Alaska State Legislatures, and in Washington, D.C.

The Hinckley Institute was established in 1965 through the generous bequest of the Noble Foundation and Robert H. Hinckley. Robert H. Hinckley served in the Roosevelt Administration as Director of the Civilian Pilot Training Program, Assistant Secretary of Commerce, and Director of Contract Settlement. He later went on to found the American Broadcasting Company in 1946.