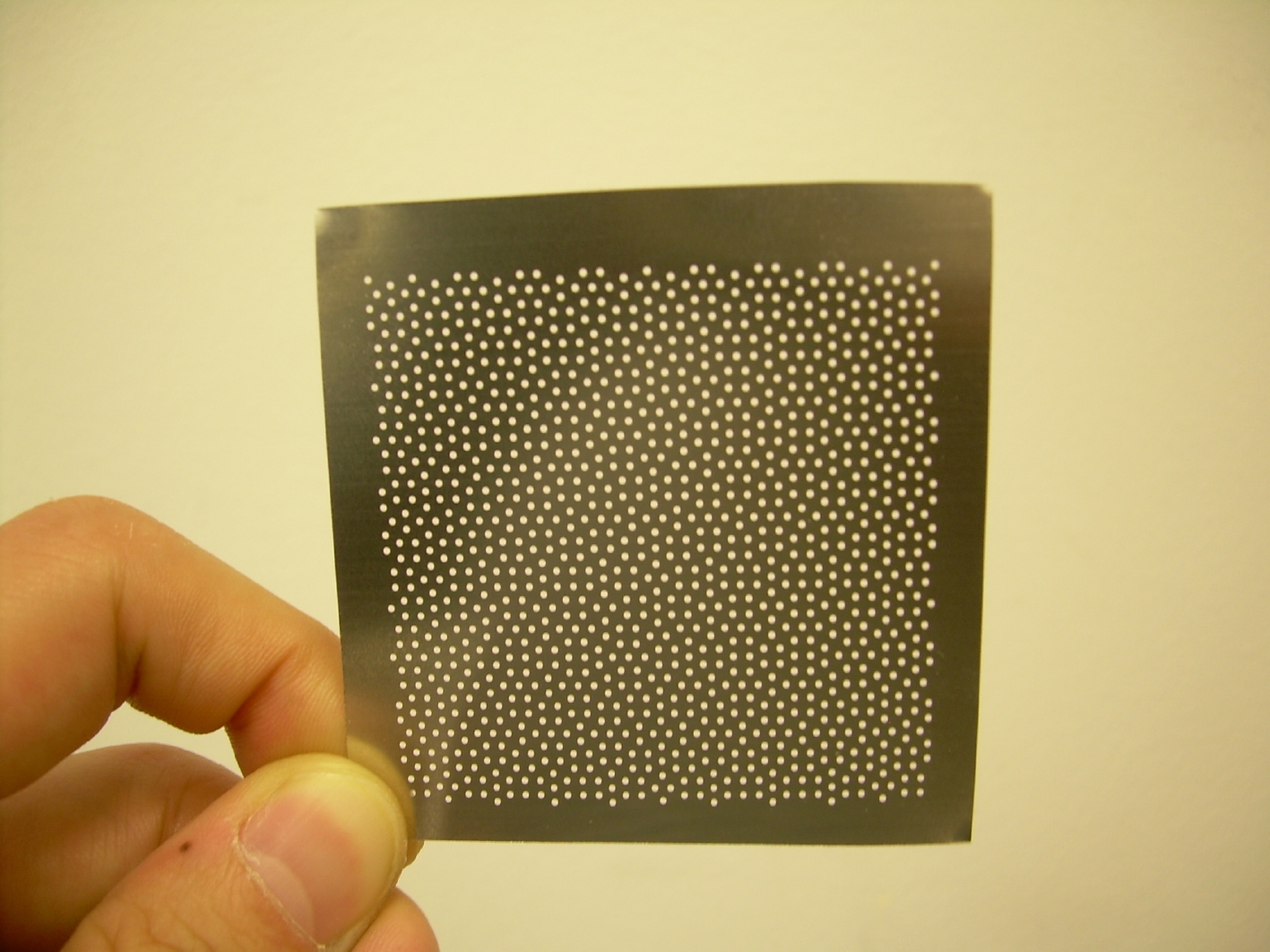 March 28, 2007 — Modern technology uses many frequencies of electromagnetic radiation for communication, including radio waves, TV signals, microwaves and visible light. Now, a University of Utah study shows how far-infrared light – the last unexploited part of the electromagnetic spectrum – could be harnessed to build much faster wireless communications and to detect concealed explosives and biological weapons.

“We found a way to manipulate a form of infrared radiation that is not now used for communications so that, in the future, it may be possible to use it for high-speed, short-range communication between computers and other devices,” says Ajay Nahata, an associate professor of electrical and computer engineering.

The study in the March 29, 2007, issue of the journal Nature also shows the feasibility of building devices that emit and detect specific frequencies of far-infrared light – also known as terahertz radiation – to spot chemical or biological warfare agents such as anthrax bacteria and to make images of packages or people to find concealed weapons and plastic explosives, Nahata adds.

The new study was conducted by Nahata and principal author Z. Valy Vardeny, a distinguished professor of physics at the University of Utah, along with Tatsunosuke Matsui, a postdoctoral researcher in physics, and Amit Agrawal, a doctoral student in electrical and computer engineering.

To visualize their discovery, imagine shining a flashlight through a kitchen colander, and that holes make up 20 percent of the colander’s surface. Only 20 percent of the light will pass through the colander. But when the Utah researchers shined far-infrared radiation through holes punched in a thin steel foil or film, almost all of the radiation passed through the film if the holes were arranged in semi-regular patterns known as “quasicrystal” or “quasicrystal approximates.”

That shows high-frequency terahertz signals can be switched on and off to carry data in the digital code of ones and zeroes, and that it someday may be possible to build superfast switches to carry terahertz data at terahertz speeds. That is 1,000 times faster than gigahertz fiber optic lines that carry data as near-infrared and visible light, and 10,000 times faster than microwaves that carry cordless and cell phone conversations.

Talking with Terahertz: An Unexploited Part of the Spectrum

Vardeny adds: “Industry is starving for more electromagnetic frequencies,” yet terahertz frequencies are unexplored. They are too high for electronics and there are technical obstacles in generating, manipulating and detecting terahertz radiation.

No one has built terahertz switches, but Nahata says the new study shows it is possible to use terahertz radiation to carry data and thus may be possible to create terahertz-speed switches for superfast wireless communication over short distances, such as between a cellular phone and headsets, a wireless mouse and a computer, and a PDA (personal digital assistant) and a computer.

The study was funded as part of a three-year, $250,000 grant from the U.S. Army Research Office and by $100,000 from the Synergy program, operated by the University of Utah’s vice president for research to promote interdisciplinary research.

The study used stainless steel film about three-quarters the thickness of a human hair. Different patterns of holes were punched in the film. The holes were one-quarter to one-half millimeter in diameter (about one-hundredth to one-fiftieth of an inch). That is smaller than the roughly 1-millimeter wavelength of far-infrared light.

Study co-author Agrawal used a computer to design patterns of holes that he expected would allow “resonance” or “anomalous transmission,” meaning all the far-infrared light passes through the holes in the metal films. The researchers projected terahertz or far-infrared light onto the metal films with punched patterns. They found certain frequencies of the far-infrared radiation were completely transmitted through the films with crystal, quasicrystal and quasicrystal-approximate patterns – even though the terahertz radiation has wavelengths larger than the holes.