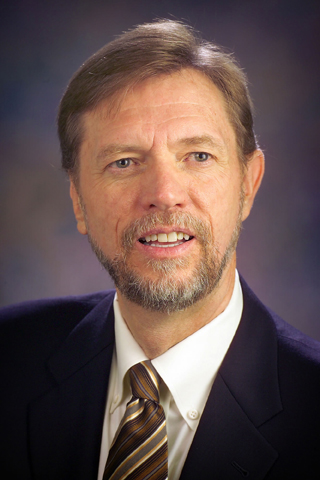 March 12, 2007 — Michael L. Hardman, professor and chair of the University of Utah’s Department of Special Education and the Department of Teaching and Learning, has been named dean of the U’s College of Education. Hardman replaces Dean Ted Packard, who has served as interim dean since May 2006, when former Dean David J. Sperry took a leave from the U and was hired as a scholar in residence by the Board of Regents.

In making the announcement, David W. Pershing, senior vice president for academic affairs, stated, “I am extremely pleased to announce Dr. Hardman’s appointment and believe that he will make a very dynamic leader for the College of Education. Mike has a clear vision of how to continue strengthening the educational programs of the college and recognizes the importance of both research and outreach to the community.”

In accepting this new appointment, Hardman said, “It is an honor to be selected. I am excited about the opportunity to work closely with a nationally recognized faculty who are leading the way in advancing research in education and preparing our students to become the educational leaders of tomorrow.”

During Hardman’s current time as professor and chair in the College of Education, the Special Education Department earned a seventh-place ranking by the Chronicle of Higher Education in scholarly productivity among peers in 166 universities. Hardman also serves as the university coordinator for the Eunice Kennedy Shriver National Center for Community of Caring. During 2004-2005, he was appointed the Matthew J. Guglielmo Endowed Chair at California State University, Los Angeles, and the Governor’s Representative to the California Advisory Commission on Special Education. Hardman also is senior education advisor to the Joseph P. Kennedy, Jr. Foundation in Washington, and a member of the board of directors for the Council for Exceptional Children.

In anticipation of his new appointment, Hardman said, “As a college in the state’s flagship institution, we will actively build strong and lasting partnerships with public education while collaborating with university colleagues and policymakers to promote education as the most critical investment this state can make in its future.”

In addition to his teaching achievements, Hardman has numerous publications in national journals throughout the field of education and has authored several college textbooks of which two, “Human Exceptionality” and “Lifespan Perspectives on Intellectual Disabilities,” are in their ninth edition. As a researcher, he has directed international and national demonstration projects in the areas of education policy and reform, developmental disabilities, professional development, inclusive education, transition from school to adult life and preparing tomorrow’s leaders in special education.

Dr. Hardman’s appointment is effective July 1, 2007 subject to approval by the university’s Board of Trustees.