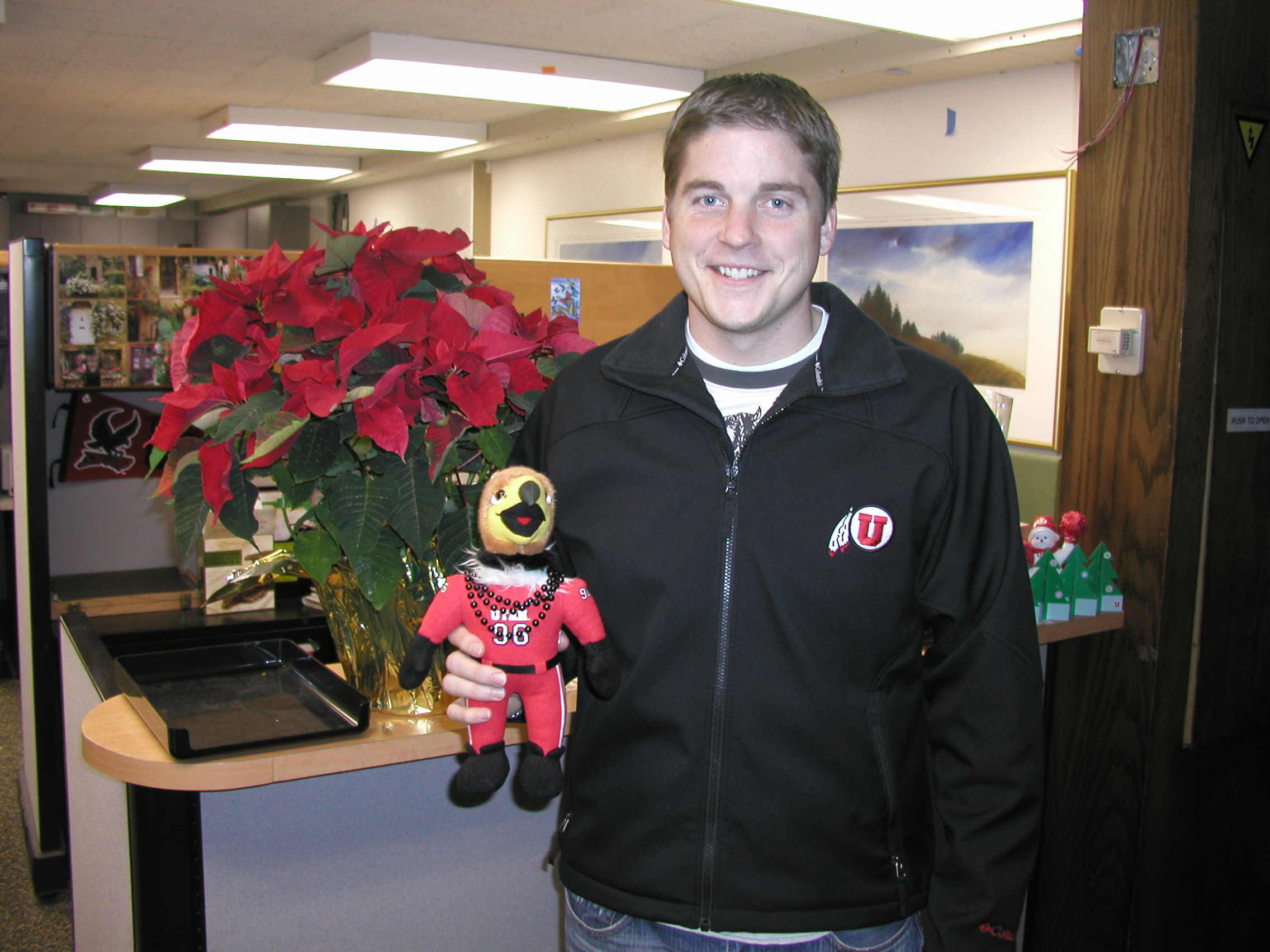 December 29, 2008-Swoop has left his nest and is migrating to the Big Easy to cheer for the Utes on the gridiron in the Allstate Sugar Bowl. Well, it’s not the full-sized Swoop, but his 10-inch-tall cousin. Jonathan Bowen, board member with the MUSS student fan club will be carting around the miniature version of the Utes’ mascot as he and his college buddies hit the road and drive to New Orleans for the big game. Anyone can vicariously go along by logging onto Jonathan’s new blog set up by University Marketing & Communications. The blog address is http://www.sweettasteofvictory.blogspot.com/.

The undefeated Utes, ranked 7th in the nation, will play number 4 Alabama on Friday, January 2, 2009 at 8 p.m. in the Louisiana Superdome. Jonathan and other MUSS members will pile into two vans and head out on December 30th. While on the road, the MUSS and Lil’ Swoop will chronicle their adventures for all to see. They’ll post photographs and write down their most memorable moments.

“We’re really excited to be going to this game, where the Utes will make history as the first team from a non-BCS conference to twice get into one of the major bowl games,” said Bowen. “The trip won’t be entirely thrill-packed, since it’s a 30-hour drive, not counting the time for stops along the way. But, we’ll take Lil’ Swoop everywhere we go and you’ll see it all, including some shots from the game, where the Utes will celebrate a huge victory.”

Bowen lives in Draper, Utah and is a junior at the U majoring in finance. He will officially begin updating this blog December 29th and will post through January 4th, when he returns. He is heavily involved with the student fan club the MUSS, which is a word taken from the school fight song. The MUSS is also an acronym for the “Mighty Utah Student Section.” For information about the MUSS, please visit: www.alumni.utah.edu/muss/membership .