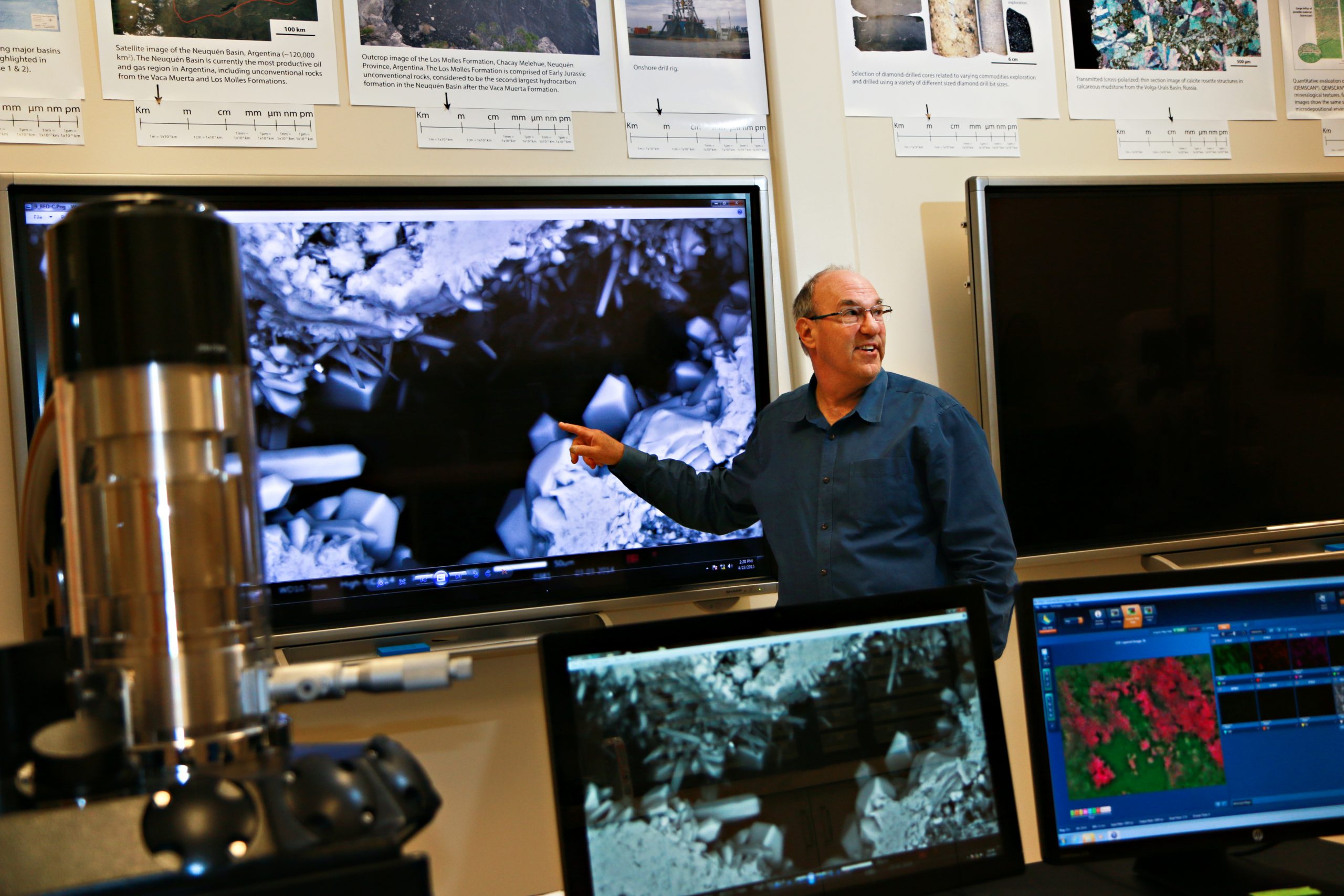 April 27, 2015 – Generating electricity from the hot rocks deep underground is clean, safe and renewable – and it’s about to take a step forward in Utah.

The U.S. Department of Energy announced Monday that a team from the University of Utah’s Energy & Geoscience Institute is one of five research groups selected to study new techniques for developing geothermal energy in places where it’s not currently feasible. EGI is part of the U’s College of Engineering.

The U team of geologists and engineers, led by EGI research professor Joseph Moore, will evaluate establishing an underground geothermal laboratory about 10 miles north of Milford, Beaver County, within the Milford renewable energy corridor. This corridor is home to two geothermal plants and a 306-megawatt wind farm. Utah’s geothermal power plants provide enough electricity to power nearly 70,000 homes in Utah, California and Arizona.

“This is really game-changing technology in terms of being able to develop self-sustainable energy for the U.S.,” says Moore, who also is a geologist.

The award is a Phase I grant in a three-phase DOE project known as FORGE, or Frontier Observatory for Research in Geothermal Energy. If selected for Phase III, the FORGE laboratory would be built on private land and cover about 10 acres. The laboratory would consist of two wells drilled to depths of about 8,000 feet. One well would be used to inject water into the hot rocks below. The second will recover the heated water, which is recycled.

What makes geothermal systems work? Three ingredients are necessary for a geothermal system: water, heat from the rocks (at 300 to 500 degrees Fahrenheit) and underground cracks that allow water to flow through the hot rock. Moore is confident that the granite formations beneath the site near Milford are hot enough, but the rock lacks the permeability needed to form a natural reservoir for the water to flow through.

The wells drilled at the FORGE laboratory would be used to develop ways to produce the underground fractures needed to create large, sustainable geothermal reservoirs for electric production. The researchers would create the fractures using the low-pressure injection of locally available, non-drinkable water. This water will migrate along the newly created pathways and heat up as it comes in contact with the hot granite formations.

“The experiments, testing and analyses will be conducted in an environmentally benign way,” Moore says, and they will follow DOE and Environmental Protection Agency guidelines.

The goal is to discover better ways to create underground flow that will allow communities throughout Utah and across America to construct sustainable and clean geothermal systems and power plants. According to the DOE, capturing even 2 percent of the naturally occurring thermal energy in the U.S. would provide 2,000 times more energy than we currently use.

DOE Under Secretary for Science and Energy Franklin Orr, and Douglas Hollett, the DOE’s deputy assistant secretary for renewable power, made the FORGE program announcement in Reno Monday. The EGI Phase I research team also includes scientists from the Utah Geological Survey, Idaho National Laboratory, Temple University, the U.S. Geological Survey and private contractors. The award of a $400,000 grant will kick-start the first phase. The DOE will select three teams for Phase II, and the final team for Phase III. Drilling activities at the site chosen for Phase III would begin in about two years, Moore says.

“This is important to the state of Utah, and it could potentially lower energy costs in the future, and reduce CO2 emissions,” said EGI Director and research professor Raymond Levey.