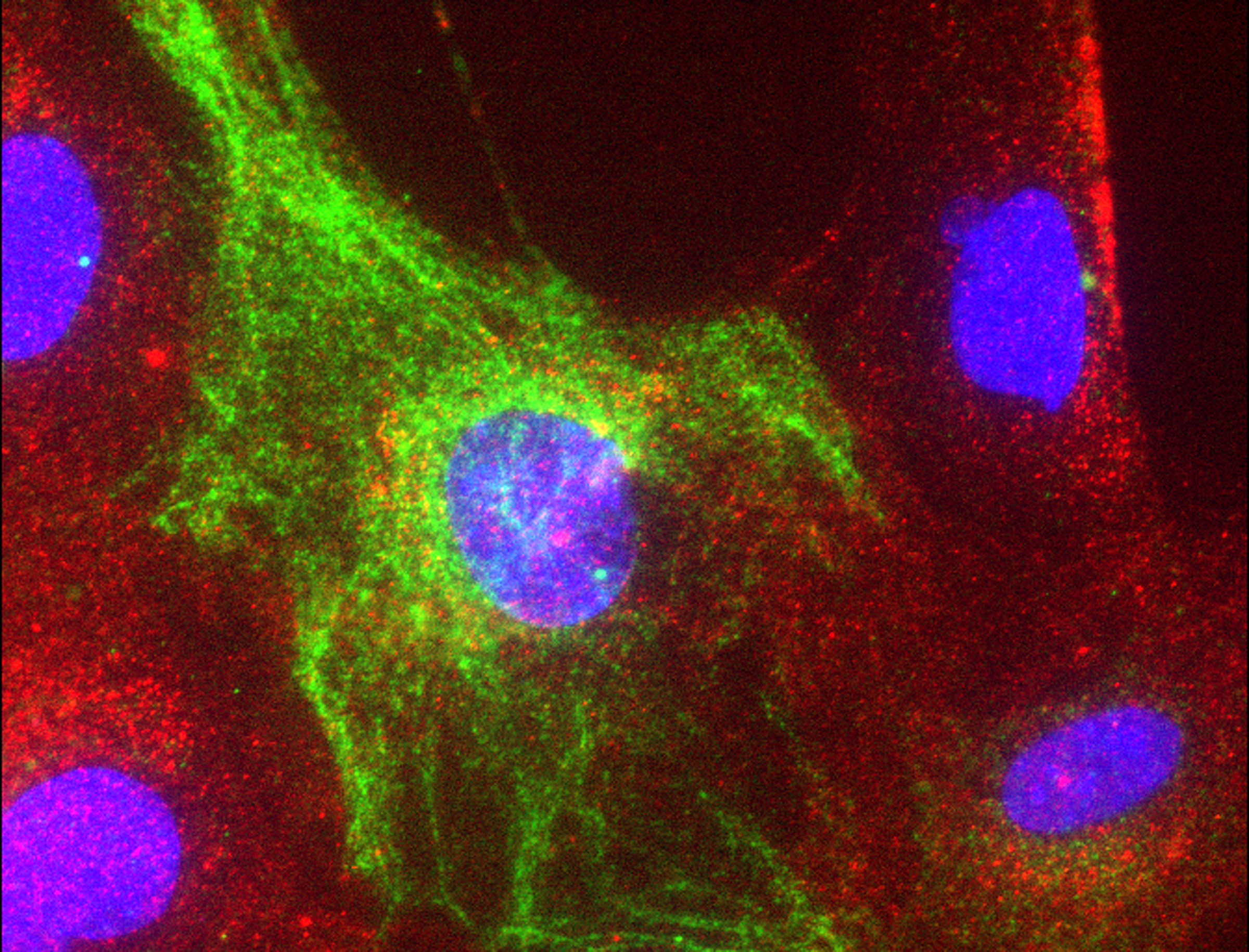 Feb. 11, 2013 – Geneticists led by University of Utah Nobel Prize Laureate Mario R. Capecchi, Ph.D., have engineered mice that develop clear cell sarcoma (CCS), a significant step in better understanding how this rare and deadly soft tissue cancer arises. The mouse model also can potentially speed the development of drugs to target genes that must be activated for the cancer to form.

CCS arises in connective soft tissues, such as tendons, fat, blood vessels, and muscle. Researchers have known that the first step in the process that leads to CCS occurs when two human chromosomes, 12 and 22, randomly break after DNA gets damaged from the effects of sunlight or other causes. Each chromosome usually harmlessly rejoins after breaking. But occasionally part of one chromosome will join with part of the other to create a new gene called a fusion gene. When this gene, ews-atf1 is generated, it initiates the process that causes CCS.

The rare and aggressive nature of sarcomas, and their occurrence in children and young adults, long has interested Capecchi. In a study in the Feb. 11, 2013, online edition of Cancer Cell, he and colleagues from the University of Utah, the University of Texas M.D. Anderson Cancer Center in Houston, and Stanford University, describe how they developed the first mouse model of CCS by essentially recreating the human ews-atf1 gene in mice.

Capecchi, distinguished professor of human genetics and a Howard Hughes Medical Institute Investigator, says having a mouse model will teach researchers not only about CCS but also might provide an avenue for developing a drug that is more successful than current therapies. “Now that we have a mouse model for CCS, we can investigate what other events or gene mutations are required to form tumors,” he says. “It also gives us the opportunity to investigate whether the CCS fusion gene might be a specific target for drugs.”

Sarcomas often are removed by surgery, which is followed by radiation or chemotherapy. If the fusion gene turns out to be a viable drug target, Capecchi cautions, it could take a decade or longer before it’s available to those with the disease.

CCS is an aggressive cancer, with an estimated five-year mortality rate as high as 80 percent.

To make the mouse model of CCS, Capecchi and his colleagues had to create the ews-atf1 fusion gene in mice. For this they employed the technique he developed and in 2007 was awarded the Nobel Prize in physiology or medicine for: gene targeting.

They manipulated the process by which a gene found in every mouse cell, rosa26, receives the instructions that determine its function. Called transcription, this process, is initiated by a region of DNA, known as a promoter, on the same chromosome as rosa26. Capecchi and his team used a molecular agent to interrupt the transcription process and induce the promoter to instead make the fusion gene on command of the enzyme that activates it. To turn on the fusion gene, this enzyme, Cre, also must be activated, and to do that the researchers used tamoxifen—the same molecule in cancer drugs. To introduce Cre into cells, Capecchi used a small sequence of HIV as a vehicle for the enzyme to enter mouse cells that contained the fusion gene.

Although different cell types could give rise to this cancer, Capecchi identified mesenchymal stem cells, which can create a large number of tissue types, including the soft tissue where sarcomas form, as being especially good for producing CCS tumors. To activate the fusion gene, Cre must be injected into a mouse after birth.

Along with opening new avenues to understand and potentially treat CCS, the new mouse model also can help researchers learn more about carcinomas, the more common forms of human cancer, Capecchi believes. Carcinomas occur in the tissue that forms the inner and outer surfaces of organs, glands, and body cavities. These types of cancers require multiple steps and take a long time to develop, making them more difficult to study.

“My feeling is that identifying the different steps that give rise to CCS tumors may be informative on how carcinomas develop.” Capecchi says. “Sarcomas are genetically more stable than carcinomas, which makes it easier to identify the events leading to the cancer. Learning about CCS might shed light on carcinomas.”

There are more than 20 types of sarcoma, each with a different fusion gene, according to Capecchi.