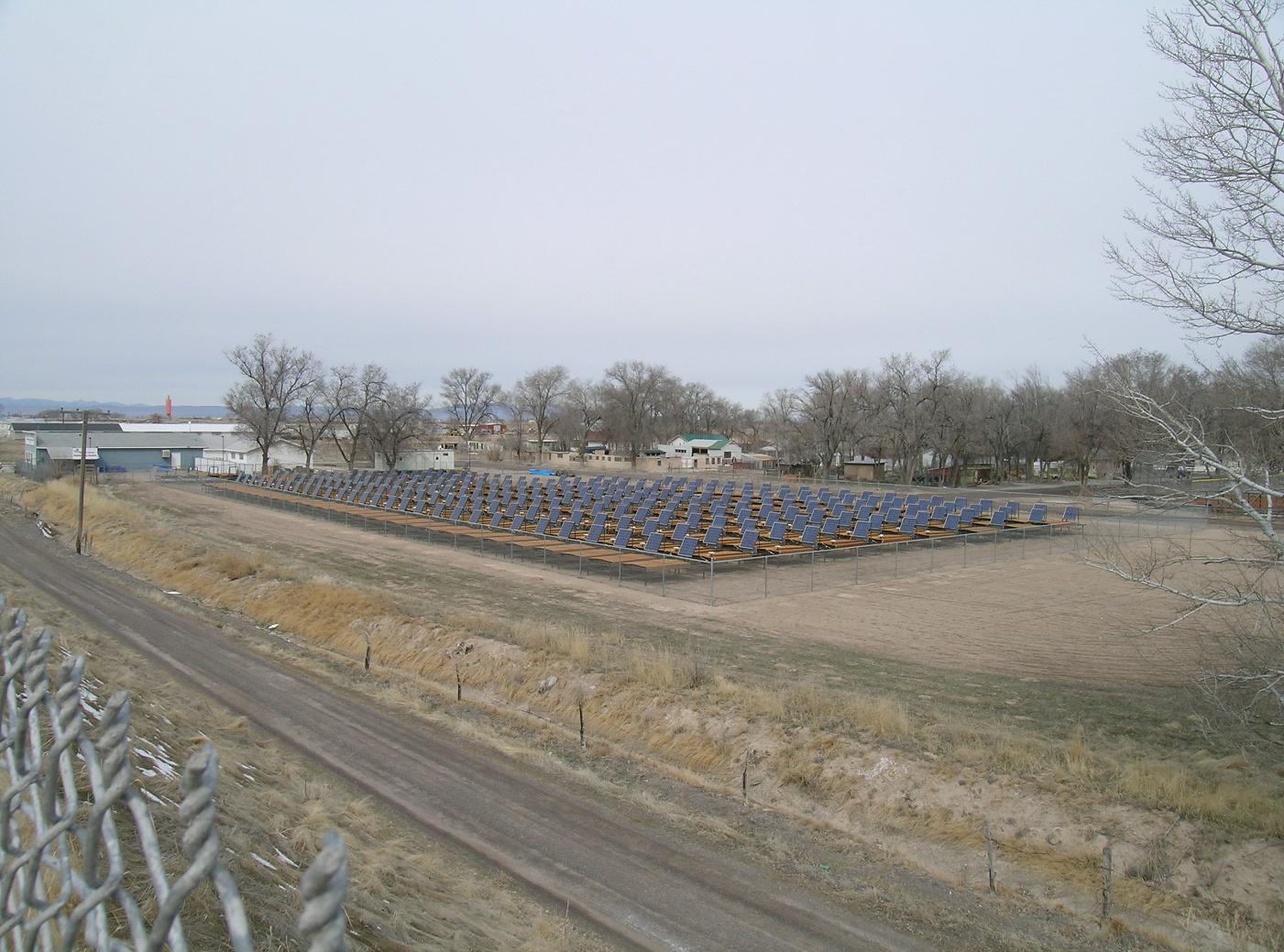 June 19, 2006 — Construction is accelerating on a $17 million cosmic ray observatory west of Delta, Utah, thanks to two U.S. agencies: the Bureau of Land Management issued a permit, and the National Science Foundation approved a $2.4 million grant.

Known as the Telescope Array, the observatory “will be 10 times more sensitive than previous experiments, and we hope it will allow us to finally resolve the mystery of the origin of these ultrahigh-energy particles [cosmic rays] that are bombarding the Earth,” says Pierre Sokolsky, professor and chair of physics at the University of Utah.

“We’ll have the most powerful cosmic ray detector in the Northern Hemisphere,” says Charlie Jui (pronounced Ray), a University of Utah professor of physics.

Sokolsky says the new observatory should begin test runs in late spring 2007, start full operation by late summer 2007 and then conduct research for up to 10 years.

So far, the Telescope Array has been funded by $14.4 million from Japan”s government. The three-year, $2.4 million grant from the National Science Foundation will let University of Utah physicists relocate equipment to the new facility from their aging High-Resolution Fly’s Eye cosmic ray observatory on the U.S. Army’s Dugway Proving Ground.

Structures and roads will occupy only 50 acres of the 400-square-mile experiment site.

At three locations on Utah school trust land, buildings will house “fluorescence detectors,” which are sets of mirrors and recording instruments that peer into the night sky for faint ultraviolet flashes that occur when incoming cosmic rays hit atoms of nitrogen, the most abundant gas in Earth’s atmosphere. Each of the three sites will be about 25 miles from the others. A “central laser facility” building, located between the three fluorescence detector sites, will send laser beams skyward when the mirrors and recorders need to be calibrated.

The other major component of the observatory is a “ground array” of 564 table-shaped scintillation detectors, each about 3 feet tall and 6-by-10-feet wide. The devices will measure “air showers,” which are cascades of subatomic particles that fall to Earth when cosmic rays slam into nitrogen in the atmosphere.

Scientists Cooperate Instead of ‘Duking it Out’

The new cosmic ray observatory will seek to answer one of the most perplexing mysteries in physics: What is the source of ultrahigh-energy cosmic rays, which are subatomic particles that come screaming into Earth’s atmosphere with incredible energy?

Cosmic rays are atomic nuclei – atoms stripped of their electrons – of chemical elements, mainly hydrogen and helium. The atmosphere prevents them from hitting Earth, and even if they could, they would zip through a person unnoticed. But if a single ultrahigh-energy cosmic ray could hit your head, it would feel like a fast-pitched baseball.

Some cosmic rays come from stars that explode as supernovas. But ultrahigh-energy cosmic rays are more powerful, and apparently come from distant reaches of the universe. Sokolsky suspects they originate from “active galactic nuclei,” which are supermassive black holes formed when about 1 billion collapsed stars amass at the centers of galaxies. Other possible sources include shock waves from colliding galaxies, noisy radio wave-emitting galaxies, exotic sources such as theorized cosmic strings and the decay of massive particles left over from the “big bang” scientists say created the universe about 13 billion years ago.

The Telescope Array will merge two technologies that have counted strikingly different numbers of ultrahigh-energy cosmic rays reaching Earth. Japan’s AGASA cosmic ray observatory has detected 10 times more of them than the High-Resolution Fly’s Eye. Sokolsky says the large number measured by AGASA implies the source is relatively nearby in the universe, but there are no known astronomical objects that could be the source.

“This experiment is unique in the sense that it is the union of two initially competing science groups: a Japanese group and an American group which ran two separate experiments for a decade and came up with mutually incompatible results,” Sokolsky says. “It is certainly unusual in the history of scientific endeavors like this that, instead of duking it out forever, they decided to join forces and build an experiment together to resolve the differences.”

The High-Resolution Fly’s Eye and AGASA have reached the end of their useful lives – more powerful instruments are needed – and operation of the High-Resolution Fly’s Eye became difficult in the wake of the Sept. 11, 2001, terrorist attacks on New York and Washington. Dugway conducts research on defense against chemical and biological weapons, and tighter restrictions kept the university’s foreign graduate students from visiting the site.

BLM: Survey Wildlife, Use Copter to Install Some Equipment

In issuing the permit, the BLM required the University of Utah to conduct surveys for and protect cultural resources, endangered and threatened plants, and wildlife such as kit foxes, burrowing owls and raptors, Sokolsky says.

The observatory builders will use helicopters – not all-terrain vehicles – to install the scintillation detectors, and “we have agreed to maintain them either by foot or by horseback” in places without road access, Sokolsky says. Helicopters will be used if a major problem develops with a detector, but that is expected to be unusual. Scientists also are required to take digital photos when they visit a detector site and monitor any changes over time.

Here is the status of various components of the Telescope Array: