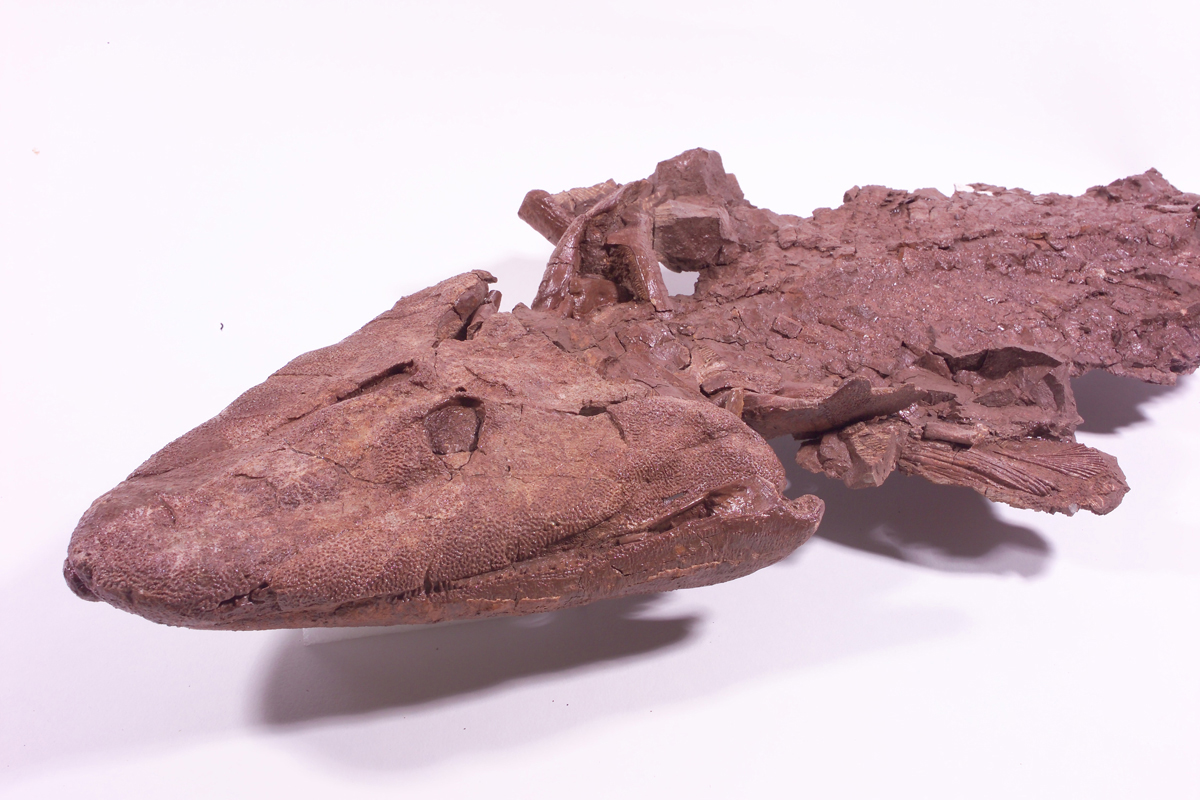 Neil Shubin, a University of Chicago professor of biology and anatomy and internationally renowned paleontologist, will deliver a free public lecture at the University of Utah on his discovery of a fossil that has been dubbed the “missing link” between fish and land animals.

The fossil, Tiktaalik roseae, better known as the “fishapod,” is a 375-million-year-old fish that was discovered in the Canadian Arctic in 2004 by Shubin and colleagues. Its discovery highlights a pivotal point in the history of life on Earth: when the first fish ventured onto land. Tiktaalik (which means “large freshwater fish” in Inuit) lived about 12 million years before the first tetrapods, or four-legged animals, so the existence of tetrapod features in a fish like Tiktaalik marks the earliest appearance of shoulders, necks, limbs, elbows and wrist-joints in the fossil record.

Could Tiktaalik walk or live on land?

“We think the answer is ‘not entirely,’ but this may change as we analyze the fossils we have and find more specimens in our ongoing Arctic excavation,” says Shubin. “We do know that Tiktaalik could paddle and also do push-ups.” The front fin structure and range of movement are well documented in the 20 fossil specimens recovered so far, and the shape of the bones and joint surfaces in the front fins clearly indicate that Tiktaalik could prop its body up.

“We can infer that Tiktaalik lived most of its life in shallow water close to shore, using its strong front fins to push along the bottom and stabilize itself in moving water,” adds Shubin.

Shubin has developed research programs in Canada, Africa, the continental United States, Asia and Greenland. These expeditions yielded many fossil specimens and led to new insights on the origin of major groups of vertebrates (mammals, frogs, crocodiles, tetrapods and lobe-finned fish). He has published numerous articles in the Journal of Vertebrate Paleontology, Paleobiology, Science and Nature.

“Shubin’s lab also has made major contributions to our understanding of how fins and limbs develop in modern vertebrates. His work has led to a new appreciation of the gene networks that govern the patterning of both fish fins and tetrapod limbs,” says Michael Shapiro, assistant professor of biology at the University of Utah.

Shubin’s book, “Your Inner Fish: A Journey into the 3.5-Billion-Year History of the Human Body” (Pantheon Press), was published in January 2008 and has received critical acclaim.