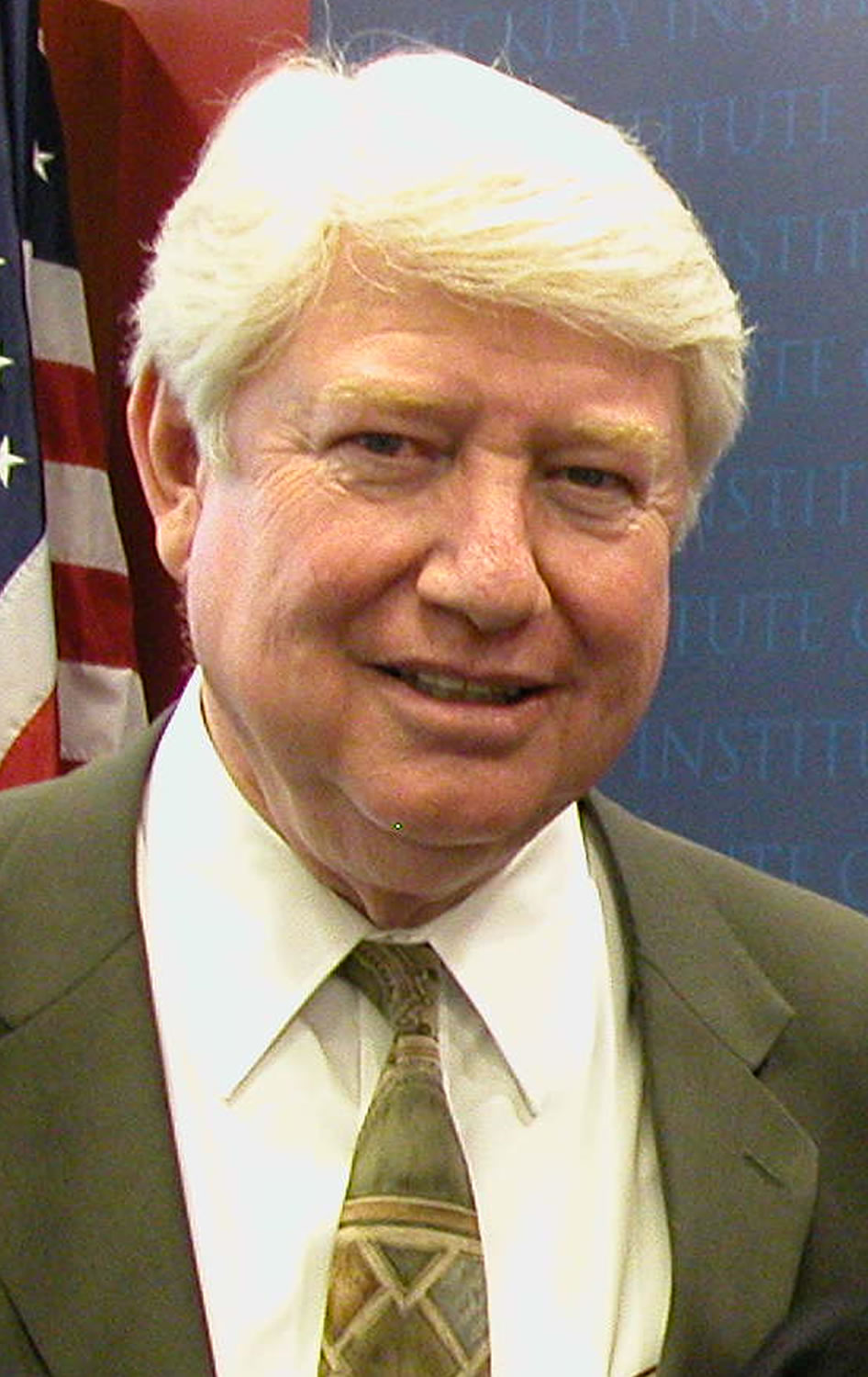 During his 12 years at the University, from 1973 until 1985, Snow made meaningful and far-reaching contributions, both as a faculty member and as an administrator. He joined the U* as a staff assistant to University President David P. Gardner. He was an associate professor of political science, vice president for University Relations (and later Student and University Relations) and the director of the U’s Hinckley Institute of Politics, positions in which he served and excelled simultaneously.

University President Michael K. Young said, “R.J. was central to a number of important developments at the U, including serving as a director of the Hinckley Institute, one of our premiere intellectual endeavors. He was an extraordinary administrator and scholar and an even more extraordinary human being. His legacy is deep, pervasive and abiding, and he will long be remembered as a remarkable son of the University. What a terrible loss for the University, for higher education and for the entire state.”

David P. Gardner noted, “R.J. Snow is not a replaceable part of my life-too many shared memories and moments during good and hard times laboring in behalf of the universities (UC Santa Barbara and the U of U) we served together. He was not only a double cousin, but also a dear friend and close colleague for over forty years. In 1995, he married Sheila and me at our home in Park City. His loss is heavy to bear.

“Sheila and I join Marilyn and their family and friends world-wide in grieving at the passing of such a remarkable and humble person who loved his family, embraced his friends and served his church and the cause of learning with uncommon commitment and unparalleled success,” Gardner said.

He was a former vice president for student life and advancement at Brigham Young University (BYU) as well as director of the BYU Jerusalem Center for Near Eastern Studies from 1994 through 2000. Snow was a professor of political science at BYU at the time of his death.

Snow served as president and director of the Jacobsen Construction Company from 1984 until 1987. From 1987 until 1990, Snow served as president of the South Africa Johannesburg Mission for the Church of Jesus Christ of Latter-day Saints. In Salt Lake City and Provo, he served on the boards of many civic and philanthropic associations.

J.D. Williams, Snow’s colleague and the founding director of the Hinckley Institute of Politics, remembers, “My first encounter with R.J. was during his undergraduate work. He was a superb student-in love with political science and history, always prepared and deeply thoughtful. From 1973, the year he joined the University, his career was filled with one accomplishment after another.

“Under R.J.’s decade of leadership at the Hinckley Institute, new internships were created, training courses were strengthened, important lectureships were launched-all while R.J. was overseeing an unbelievable array of major University offices. His ability to manage and appoint first-rate people as operating heads in those offices was extraordinary. I so admired him as a student, treasured him as a colleague and stood in awe of his qualities as a husband to Marilyn and father to four magnificent children. If one wants to know why teaching has been a great career, it’s because I knew R.J. Snow. I could not have asked for better,” Williams says.

“R.J. was such a good man, a man of character and honesty,” says Bae Gardner, assistant director of the Hinckley Institute for 23 years. “It was a privilege to work with him. He was warm, intuitive and ultimately fair; people trusted him. He went about quietly accomplishing so much and never seeking the credit. He was a blessing to everybody he worked with, and he had a wonderful sense of humor.”

In her book Robert Henry Hinckley-Getting to Know Him (1998), Gardner wrote, “R.J.’s obvious integrity, his honest concern for people and his respect for individuals quickly earned him the affection and respect of students and of the University community. Although his contract did not require that he teach more than the intern training classes, he continued to teach additional political science classes-because he loved students and wanted more contact with them. Then, he donated his salary for those extra classes to the Hinckley Institute. He was an extraordinary administrator and a gifted communicator. His people skills, his academic qualifications and his wide experience had made him just what the Institute needed at this juncture.”

Susan Turpin, administrative assistant to Snow in his University Relations position, said, “He was a great teacher to his students and also to those with whom he worked. Through his encouragement and support, he helped so many of us grow and reach our potential. It was a privilege and a pleasure to work with him.”

C.A. “Arnie” Ferrin, former University athletic director, said, “The renaissance of the U’s Athletic Department started when R.J. became vice president over athletics. He served as the faculty representative on the President’s Commission on the NCAA. One of the members of NCAA told me that R.J. was the most knowledgeable and best prepared person on that commission. Over the years there was a dramatic change in the philosophy of athletics at the U, and R.J. is the one who was the genesis for it.”

A memorial service will be held in Provo, Utah, on Monday, June 12. The location has yet to be determined