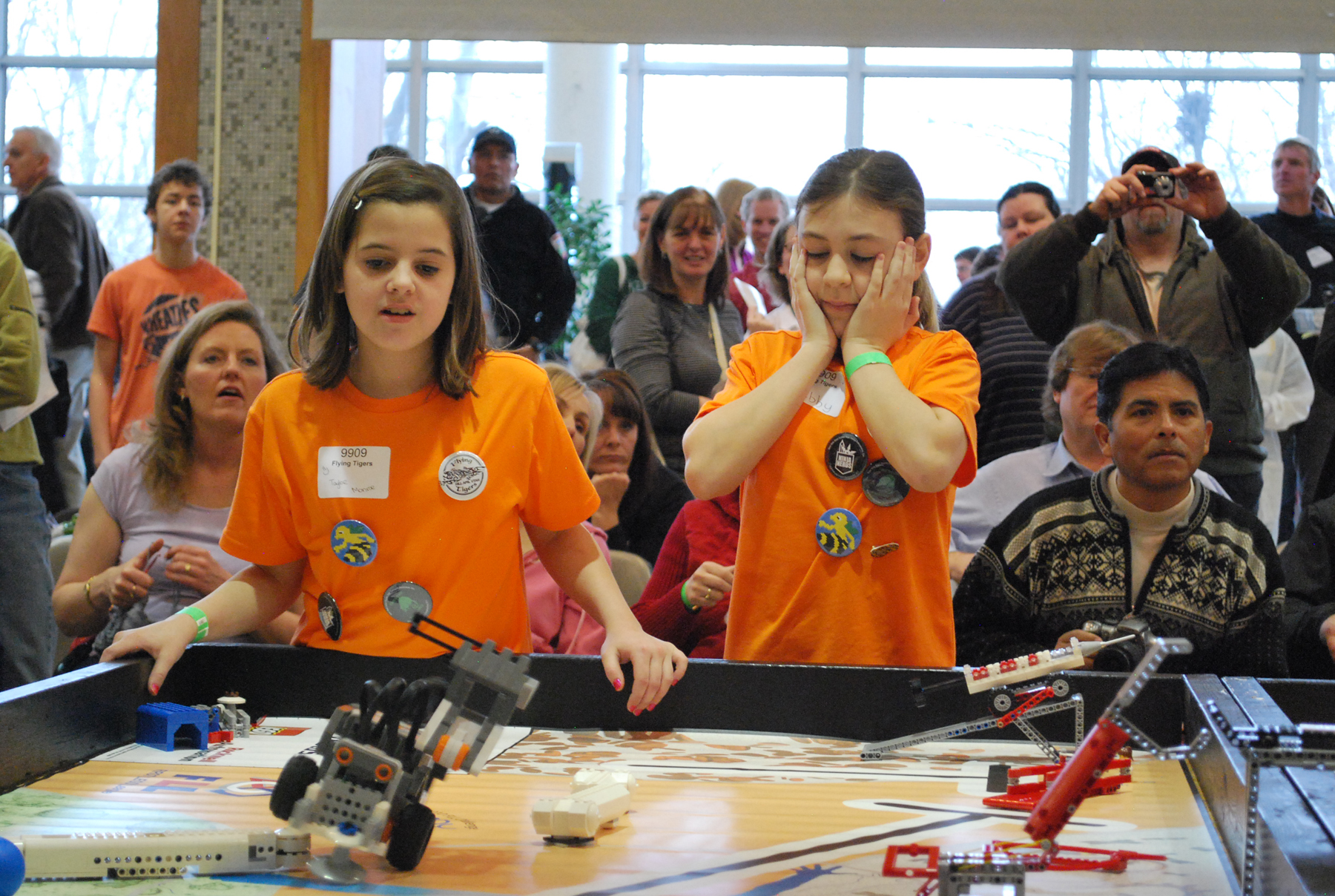 Jan. 30, 2012 — What do LEGOs, robots and food safety experts have in common? They all met at the second annual Utah’s FIRST LEGO League (FLL) Championship at the University of Utah on Saturday, Jan. 28. The championship followed nine new qualifying tournaments that drew 1,500 kids from St. George to Logan and everywhere in between. Each event allowed middle school students, ages 9-14, to learn about science, technology and team-building with the hands-on experience of LEGOs. The program has seen substantial growth since it launched in Utah last year. Since then, the event has grown from 60 teams to 150 entered this year.

The tournament theme this year was Food Factor and focused on food handling and safety, and everything teams did related to this central topic. For example, they completed LEGO missions with autonomous robots on thematic playing fields that are based on food safety (e.g., their robots must move LEGO bacteria across the table to a LEGO sink). Each team also completed an innovative project and presentation that relates to food safety.

At the center of this gathering of young innovators was the Office of Technology Venture Development (“Tech Ventures”) at the University of Utah, which seeks to promote creativity and an interest in technology, innovation and engineering among Utah kids. Organizers point to these things as a key to Utah’s economic future.

“We are proud of the success and growth of the program in Utah. We are especially grateful to our qualifying tournament partners who make it possible for children statewide to participate,” said Kathy Hajeb, FLL operational partner and chief of staff at Tech Ventures. “Many of these young Utah students are so creative and enjoy the thrill of fast-paced problem-solving. These are our state’s future inventors and problem-solvers.”

During each of the championship and qualifying tournaments, the center stage consisted of teams taking turns navigating their robots through a variety of challenges on thematic playing fields. But the robots are only part of the FLL events. The teams also competed for robot design, innovation project presentation and “Core Values” awards. FLL core values include friendly competition and gracious professionalism.

“Excitement runs very high at these tournaments,” Hajeb said. “The environment is fun and collaborative. The team members motivate each other, parents cheer and the spectators watch the scoreboard. It’s a sporting event for the mind.”

Organizing the state’s second annual FLL championship and nine qualifiers has been a partnership of people and organizations. The program’s qualifying tournament partners believe that bringing FIRST LEGO League to their communities is beneficial. Volunteer coaches created self-organized teams of up to 10 students each. Teams have worked for months to build their robots and program them using LEGO MINDSTORMS technology. Meanwhile, sponsors and event organizers met regularly to manage logistics, and hundreds of volunteers are expected to bring the competitions to life.

The Jr. FLL expo was held in conjunction with the Utah FLL State Championship. Jr. FLL is for children ages 6-9, and it’s designed to capture young children’s curiosity and direct it toward discovering the possibilities of improving the world around them. Like FLL, Jr. FLL features a real-world challenge to be solved by research, critical thinking and imagination.

The Utah FLL Championship is one of many annual similar events held across the world. This year, 200,000 children and 54,000 volunteers were involved with FLL competitions in over 55 countries.

The University of Utah partners with the national FLL organization to bring this program to Utah. FLL is one of a series of related programs offered by FIRST, which was established in 1989 and is based in Manchester, N.H. For more information, go to www.utfll.utah.edu and www.usfirst.org.