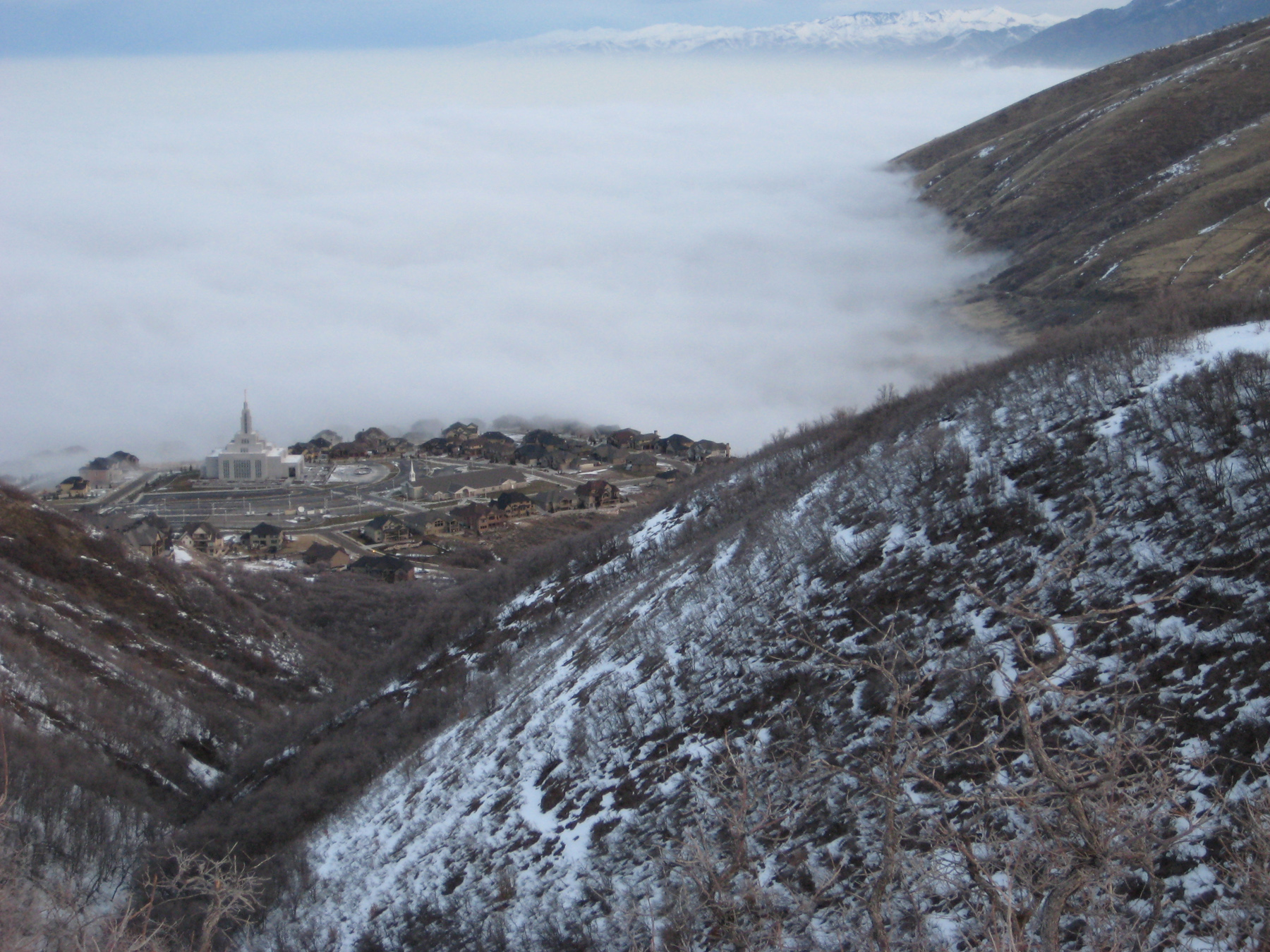 The field campaign – part of a three-year study by the University of Utah and other institutions – ends Monday, Feb. 7 as atmospheric scientists begin analyzing data they collected to learn how weather conditions contribute to inversions, which occur when warmer air aloft holds cold air near the ground, trapping pollutants.

“Our study applies to urban basins around the world, any location with a lot of people and mountains nearby,” says John Horel, a University of Utah professor of atmospheric sciences and one of the principal investigators for the study.

“Los Angeles, Phoenix, Tehran and Mexico City experience these winter inversions and cold-air pools. Unfortunately, one of the advantages of studying them in Salt Lake City is just how frequently they occur here.”

Salt Lake City residents already have experienced more than 20 days with air pollution levels exceeding federal standards this winter, and on some smoggy days, the city has the nation’s dirtiest air.

Some 50 researchers and volunteers from the University of Utah and other institutions are wrapping up the two-month monitoring program to better understand the winter weather conditions frequently associated with inversions – known as cold-air pools by meteorologists – and the resulting poor air quality.

The National Science Foundation funded the $1.3 million study. Of that, $550,000 goes to the University of Utah, another $550,000 to the National Center for Atmospheric Research in Boulder, Colo., and $250,000 to Michigan State University.

Studying Inversions Around the Clock in the Cold

“We get pretty exhausted launching weather balloons and driving mobile weather stations at all hours of day and night, but it has been a great opportunity to test our understanding of what causes the development and breakup of pollutant-trapping inversions,” says Erik Crosman, a graduate student in the University of Utah’s Department of Atmospheric Sciences. “We’ve been collecting data around the clock during some of these episodes, which have lasted as long as 10 days.”

Atmospheric sciences graduate student Neil Lareau adds: “We’ve had a great crew of staff, students, and volunteers out in the cold launching more than 150 weather balloons during the project.” The balloons measured temperature, wind and moisture.

The effort has combined continuous automated monitoring of weather conditions around the Salt Lake Valley during the winter with intensive observing periods by students and volunteers who were deployed to capture critical data.

“Understanding the weather associated with these periods of unhealthy air requires breaking down the problem and focusing on specific physical processes underway,” says the study’s lead scientist, David Whiteman, a University of Utah research professor of atmospheric sciences.

“We are really fortunate to have had our research team define those processes before the data collection began on Dec. 1,” he adds. The team has been paying particular attention to intrusions of clean air from over surrounding mountain ranges into the valley, as well as the pulsing of air into the valley from over the Great Salt Lake.

Crosman says the research team is examining the possibility that air over the large lake actually helps reinforce smoggy inversions instead of breaking them up.

Thanks to the field work, “we have a much better handle on just how complicated the formation and breakup of these inversions can be,” Horel says. “We’ve had cold-air pools and poor air quality episodes manage to last through the passage of weak weather systems – even those that dropped some light snow on the valley.”

“It’s always a challenge to get all the weather equipment in place before the study starts and keep it running during winter,” says Whiteman. “We were really fortunate to have the staff of the National Center for Atmospheric Research (NCAR) help us set up in November and maintain during the winter a wide array of automated weather sensors. This is state-of-the-art equipment to measure wind, temperature, moisture and other parameters from soil and the surface to miles up in the atmosphere.”

NCAR’s instruments were set up at nine sites, including four cemeteries.

Sebastian Hoch, a research assistant professor of atmospheric sciences, has been maintaining and collecting weather data from nearly 100 automated temperature sensors located from the Oquirrh Mountains on the west to the Wasatch Range on the east.

“I enjoy getting out of the office and hiking and snowshoeing into the mountains,” he says. “And, we’ll learn a lot about the depth and intensity of these inversions from this network of sensors.”

Horel adds: “Our students are a bit envious of Midwest college students who get to chase tornadoes. It may be an odd substitute, but this winter our students were able to drive a couple of instrumented automobiles up Wasatch Range canyons to identify the top of the cold-air pools, which is really important to understand how the pollutants remain trapped in the valley.”

Whiteman says: “There’s no question that the most unusual data-collection platform was to attach the instrument package normally tied to a weather balloon to the helmet of a pilot of a motorized glider. The pilot was able to climb back and forth through the entire depth of the cold-air pools and have the temperature and moisture data radioed back automatically to a computer on the ground.”

Crosman and Lareau coordinated data collection during the field project.

“We’ve used Facebook and a blog to keep our volunteers informed of what we’re doing and why,” says Crosman. “The National Science Foundation really has encouraged us to involve undergraduates in field work.”

Lareau adds: “It’s been a great way to provide some initial thoughts about our results and helped scientists be involved even if they were unable to come to Salt Lake City. We intend to keep our web-based data portal – http://pcaps.utah.edu – as a resource once the field project wraps up on Feb. 7, and all of our data including thousands of photos are available to the public. We’ve also had elementary, middle and high school students visit during some of our weather balloon launches. They’ve been able to see the equipment required to observe the atmosphere and how science can be a lot of fun.”

Whiteman says the National Science Foundation grant will allow researchers to spend the next two years analyzing the meteorological data and determining “how meteorological models can be improved to provide more accurate simulations of the weather affecting the pollution episodes.”

“We’re not going to solve the air pollution problem,” Horel says. “That may require additional regulation on industry and the public. What we’re doing is improving the kinds of information that might eventually be available to decision makers.”