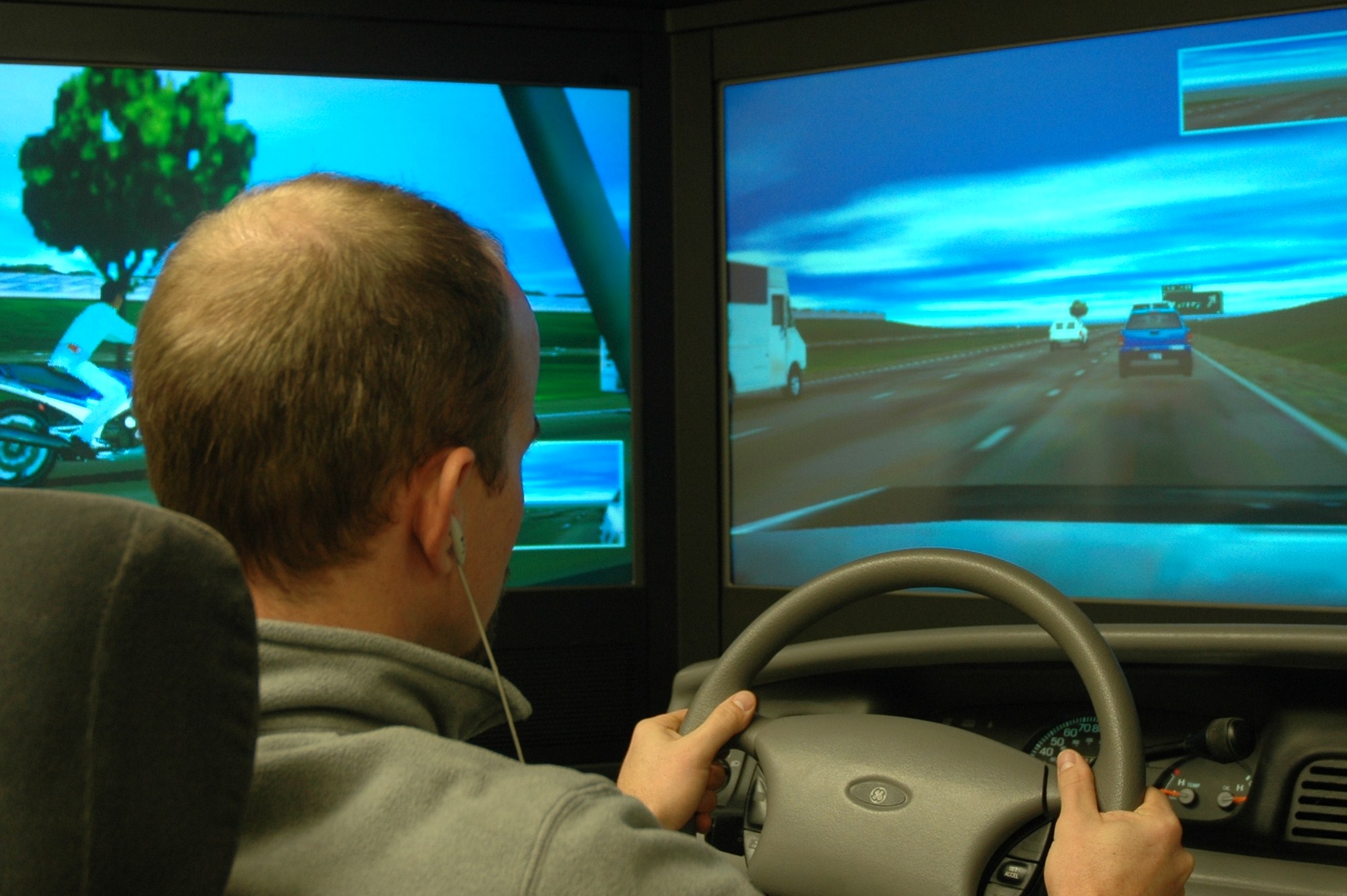 Jan. 2, 2008 – Motorists who talk on cell phones drive slower on the freeway, pass sluggish vehicles less often and take longer to complete their trips, according to a University of Utah study that suggests drivers on cell phones congest traffic.

“At the end of the day, the average person’s commute is longer because of that person who is on the cell phone right in front of them,” says University of Utah psychology Professor Dave Strayer, leader of the research team. “That SOB on the cell phone is slowing you down and making you late.”

“If you talk on the phone while you’re driving, it’s going to take you longer to get from point A to point B, and it’s going to slow down everybody else on the road,” says Joel Cooper, a doctoral student in psychology.

Martin says that, combined with Strayer’s previous research, the new study shows “cell phones not only make driving dangerous, they cause delay too.”

Highway statistics suggest drivers on cell phones are four times more likely to be in an accident, and Strayer’s earlier research suggests the risk is 5.36 times greater.

The Cellular Telecommunications and Internet Association claims 240 million U.S. subscribers in a nation of 303 million people. An insurance company survey estimated 73 percent of wireless users talk while driving. Another survey found that during any given daytime moment, 10 percent of U.S. drivers are using cellular phones.

The researchers note that 50 countries have adopted laws banning handheld phones while driving. But they say hands-free phone conversations are distracting, “thus, the majority of current regulation appears to be misguided.”

That led to Strayer and Martin discussing the possibility of using computers to simulate numerous individual cell phone users’ driving behavior and thus overall traffic. So their doctoral students – Cooper and Vladisavljevic – conducted the new study as a step toward an eventual computer “microsimulation” of numerous drivers and vehicles.

The new study used a PatrolSim driving simulator. A person sits in a front seat equipped with gas pedal, brakes, steering and displays from a Ford Crown Victoria patrol car. Realistic traffic scenes are projected on three screens around the driver.

The new study involved 36 University of Utah psychology undergraduates. Each student drove through six, 9.2-mile-long freeway scenarios, two each in low, medium and high density traffic, corresponding to freeway speeds of 70 mph to 40 mph. Each 9.2-mile drive included 3.9 miles with two lanes in each direction and 5.3 miles with three lanes each way. Traffic speed and flow mimicked Interstate 15 in Salt Lake City.

Each student spoke on a hands-free cell phone during one drive at each level of traffic density, and did not use a cell phone during the other three drives. A volunteer on the other end of the phone was told to maintain a constant exchange of conversation.

The drivers were told to obey the 65-mph speed limit, and use turn signals. That let participants decide their own speeds, following distances and lane changes.

“We designed the study so that traffic would periodically slow in one lane and the other lane would periodically free up,” Cooper says. “It created a situation where progress down the road was clearly impeded by slower moving vehicles, and a driver would benefit by moving to the faster lane, whether it was right or left.”

The Findings: Talking While Driving Means Plodding Along
“Results indicated that, when drivers conversed on a cell phone, they made fewer lane changes, had a lower overall mean speed and a significant increase in travel time in the medium and high density driving conditions,” the researchers wrote.

That may seem minor, “but if you have a lot of people who are not changing lanes and driving slower, this could substantially reduce traffic flow,” Cooper says.

When considered with the earlier studies, “it’s going to increase traffic congestion,” says Strayer. “You have motorists on cell phones who tend to drive slower, their reaction times are slower, if they do hit the brakes it takes them longer to come back up to highway speed, and they are less likely to change lanes. Overall, they are more likely to gum up the highways.”

“If you were not distracted by talking on a cell phone, you would overtake and pass the slower vehicle and come to your destination faster,” Vladisavljevic says.

Strayer adds: “If you get two or three people gumming up the system, it starts to cascade and slows everybody’s commute.”

He acknowledges that, “in itself, staying in a lane and not passing might be construed as being safer, just as driving slightly slower or having a greater following distance also could be considered safer. But if you are doing that so you can take your mind off the road and talk on the phone, that isn’t safer.”

Vladisavljevic already has begun computer “microsimulations” of multiple vehicles. She tried the simulation repeatedly with the proportion of drivers on cell phones ranging from none to 25 percent.

“We saw an increase in delays for all cars in a system, and the delays increased as the percentage of drivers on cell phones increased,” she says.

Strayer says it is important to show how cell phone use affects traffic because “when people have tried to do cost-benefit analyses to decide whether we should regulate cell phones, they often don’t factor in the cost to society associated with increased commute times, excess fuel used by stop-and-go traffic and increased air pollution, as well as hazards associated with drivers distracted by cell phone conversations.”

Martin says transportation analysts include two components – accidents and delay – when they calculate the “user costs” associated with road travel.

“A fatal accident could cost as much as $5 million when we take into account medical, property and loss-of-income costs,” says Martin. “Delay is measured by a composite number representing a measure of the value of a typical American traveler’s time. Today, this number is about $13 per hour. While the costs associated with accidents seem high, there are so very few of them, comparatively, they actually are dwarfed by the user costs associated with delay.  If we compile the millions of drivers distracted by cell phones and their small delays, and convert them to dollars, the costs are likely to be dramatic. Cell phones cost us dearly.”