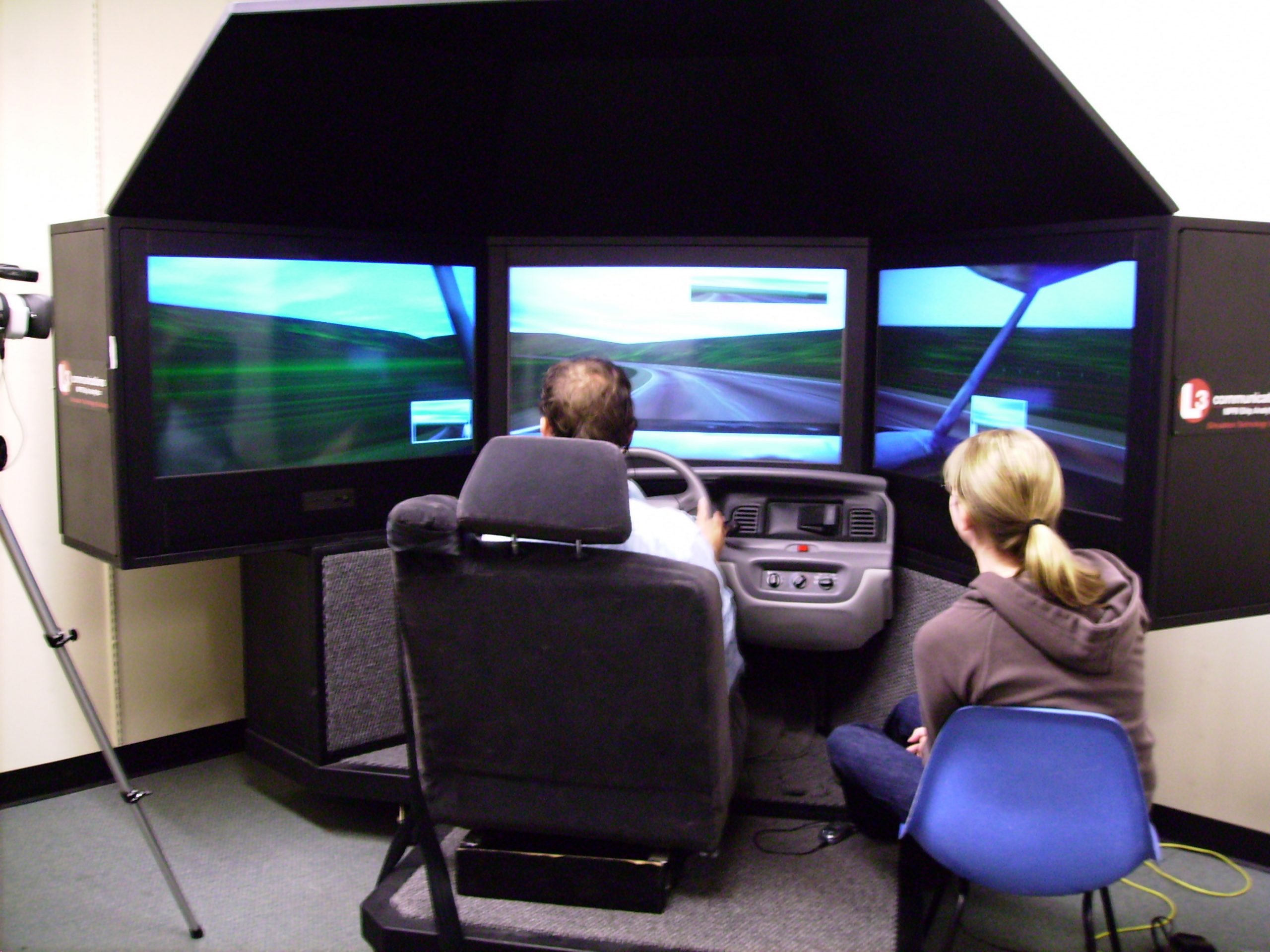 December 1, 2008 – Drivers are far more distracted by talking on a cellular phone than by conversing with a passenger in an automobile, according to a new study by University of Utah psychologists Frank Drews, David Strayer and Monisha Pasupathi.

The study, which used a sophisticated driving simulator, found that when drivers talk on a cell phone, they drift out of their lanes and missed exits more frequently than drivers conversing with a passenger.

The findings are being released Monday, Dec. 1 by the American Psychological Association and published in the Dec. 15, 2008, issue of the Journal of Experimental Psychology: Applied.

“The passenger adds a second set of eyes, and helps the driver navigate and reminds them where to go,” says Strayer, a professor of psychology at the University of Utah and a co-author of the study.

Previous studies by Strayer and Drews have found that hands-free cell phones are just as distracting as handheld models because the conversation is the biggest distraction. They also have shown that when young adults talk on cell phones while driving, their reaction times become as slow as reaction times for senior citizens, and that drivers talking on cell phones are as impaired as drivers with the 0.08 percent blood alcohol level that defines drunken driving in most states.

Strayer says he often is asked about the distraction caused by conversations with passengers versus people on the other end of a cell phone, “because in both cases you have a conversation.”

Strayer adds: “The difference between a cell phone conversation and passenger conversation is due to the fact that the passenger is in the vehicle and knows what the traffic conditions are like, and they help the driver by reminding them of where to take an exit and pointing out hazards.”

Drews and Strayer are available for interviews at the numbers listed below. The American Psychological Association News release is below.

Study finds drivers on cell phones more likely to drift from their lane, miss their exit

WASHINGTON – Drivers make more mistakes when talking on a cell phone than when talking to passengers, new research shows.

This finding addresses the common question about whether driver distraction comes from cell-phone use specifically or conversation generally. A full report appears in the December issue of the Journal of Experimental Psychology: Applied, published by the American Psychological Association.

Even when drivers used a hands-free cell phone, driving performance was significantly compromised.  “Cell phone and passenger conversation differ in their impact on a driver’s performance; these differences are apparent at the operational, tactical, and strategic levels of performance,” the researchers wrote.

The study, led by Frank Drews, Ph.D., of the University of Utah, analyzed the driving performance of 41 mostly young adult drivers paired with 41 friends who served as conversation partners. Both sexes were equally represented.

In each of three experimental conditions (conversation with hands-free cell phone, conversation in the car, or no conversation), one person in each pair was randomly selected to be the “driver” and the other the conversation partner.

Drivers used a sophisticated simulator that presented a 24-mile multilane highway with on- and off-ramps, overpasses and two-lane traffic in each direction. Participants drove under an irregular-flow condition that mimics real highway conditions — with other vehicles, in compliance with traffic laws, changing lanes and speeds. This context required “drivers” to pay attention to surrounding traffic.

All drivers were instructed to leave the simulated highway once they arrived at a rest area about eight miles from the starting point. Partners were told the driver had this task. The driving sequences took about 10 minutes to finish.

Drivers talking by cell phone drove significantly worse than drivers talking to passengers. The cell-phone users were more likely to drift in their lane, kept a greater distance between their car and the car in front, and were four times more likely to miss pulling off the highway at the rest area. Passenger conversation barely affected all three measures.

The authors said the problems could have stemmed from inattention “blindness,” or insufficient processing of information from the driving environment. Cell-phone users may also have found it harder to hold in working memory the intent to exit at the rest area.

Conversation analyses revealed some interesting patterns, according to the researchers. When driving tasks got more complicated, drivers appeared to modulate the complexity of their speech, as measured by syllables-per-word. Drivers also talked more when using cell phones, perhaps, the authors speculated, because they were trying to control the conversation to avoid using the mental resources required to really listen to the other person.

Meanwhile, passengers took an active role in supporting the driver, often talking about surrounding traffic. That shared situational awareness could be helpful to the driver.

(Full text of the article is available from the APA Public Affairs Office and at http://www.apa.org/journals/releases/xap144-drews.pdf)

The American Psychological Association (APA), in Washington, DC, is the largest scientific and professional organization representing psychology in the United States and is the world’s largest association of psychologists. APA’s membership includes more than 148,000 researchers, educators, clinicians, consultants and students. Through its divisions in 54 subfields of psychology and affiliations with 60 state, territorial and Canadian provincial associations, APA works to advance psychology as a science, as a profession and as a means of promoting human welfare.