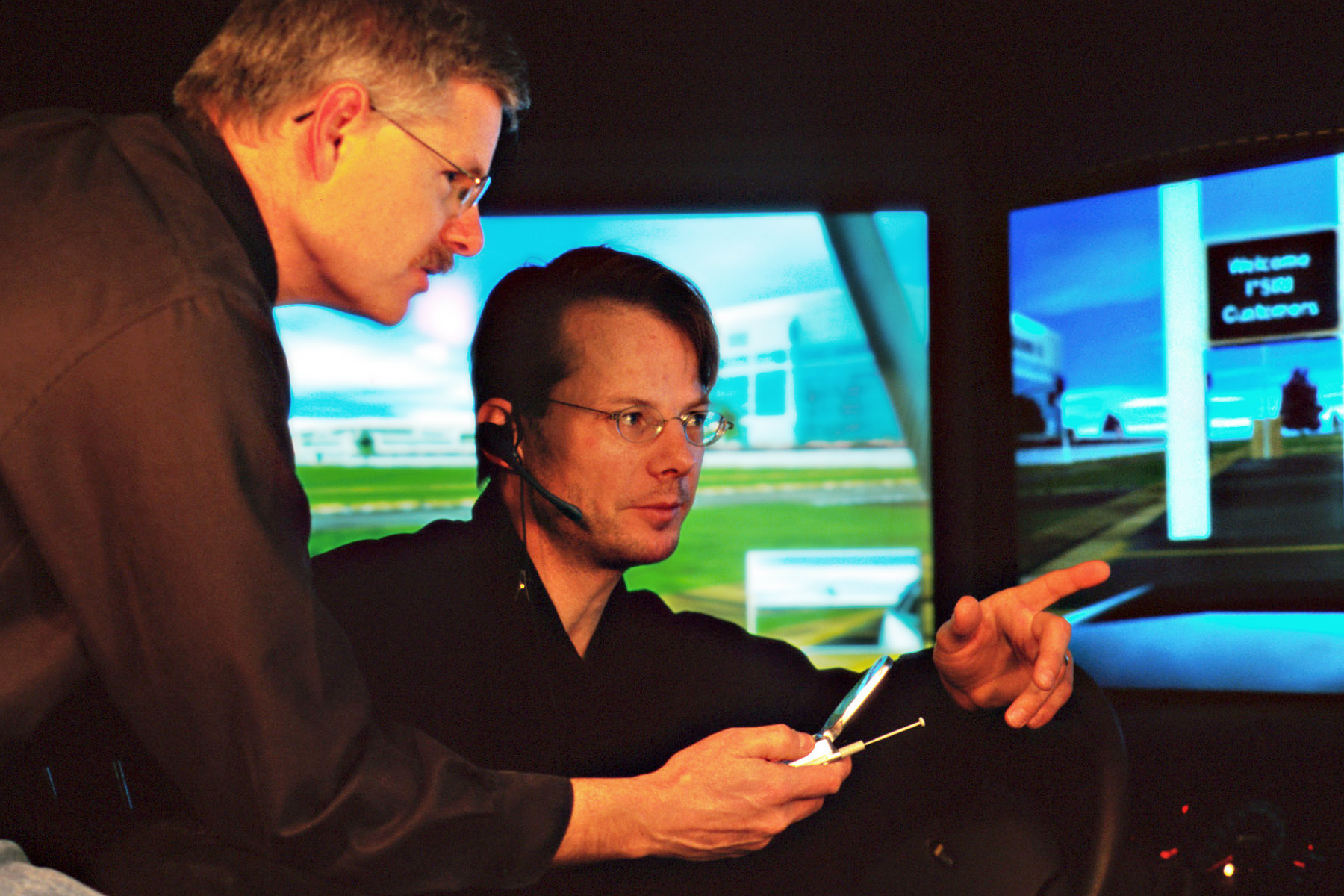 March 22, 2010 – NPR‘s Car Talk guys, Tom and Ray Magliozzi, may be a couple of motor mouths, but they always put a lid on using cell phones behind the wheel. The perennial jokesters confirm their serious commitment to addressing the issue of devices that take a driver’s focus off the road by teaming with the University of Utah to launch the Driver Distraction Center at their web site: cartalk.com/distraction.

The center offers information and resources dedicated to raising awareness about the dangers of driving under the influence of technology.

Though Tom and Ray have been speaking out about distracted driving for years, National Safety Council research indicates that cell phone use and texting while driving cause at least 28 percent of all traffic accidents – around 1.6 million accidents each year.

This startling statistic moved the brothers to redouble their efforts and partner with the University of Utah Applied Cognition Laboratory to produce the online Driver Distraction Center. The site’s centerpiece is a blog by noted University of Utah cognitive researcher David Strayer, a psychology professor whose expertise has also been tapped by The Oprah Winfrey Show and findings cited by the New York Times and PBS’s NewsHour.

Other features include Tom and Ray’s tips for responsible driving, a driving simulator, a quiz and informational resources such as the links to reports, a listing of driving laws by state, facts on pending legislation and personal testimonies.

“When you’re trying to merge onto the highway between a moving tractor trailer and a FedEx truck, your brain is performing a complex mathematical calculation,” says Tom. “I think most people know that they can’t do that and have an intelligent conversation at the same time. And we have proof of this, because every one of us has had a near miss with a jerk holding a cell phone up to his ear.”

“And sometimes, that jerk is US!” says Ray. “The evidence is becoming clearer and clearer, and that’s what this site is all about.”

“I’ve been a fan of Car Talk for years,” says David Strayer. “Having studied driver distraction for the past decade, I was excited to collaborate with Tom and Ray to get people to think twice before multi-tasking behind the wheel.”

“My only stipulation was that I’d talk about the science behind driver distraction and leave the comedy to Tom and Ray and the rest of the Car Talk gang,” he adds.

Strayer is known for his pioneering research on the dangers of driving while distracted. A decade ago, Strayer, University of Utah psychologist Frank Drews and their colleagues demonstrated that talking on a hands-free cellular phone while driving was just as distracting as using a hand-held cell phone due to a phenomenon known as “inattention blindness.”

In subsequent studies, they demonstrated that when young adult motorists talk on cell phones, their reaction times are as slow as elderly motorists; when motorists talk on cell phones, they are as impaired as people just above the blood-alcohol limit for drunken driving; and that cell phone users impede traffic while driving and talking. In a more recent study, they found that text-messaging while driving sharply increases the risk of a collision.

Allstate Insurance Company, the sponsor of Car Talk’s Driver Distraction Center, has taken a stance against distracted driving with its own web site and other communication tools encouraging drivers to “X the TXT.”

“Distracted driving – specifically, texting while driving – is a very serious issue, and Allstate is committed to doing what we can to raise awareness of the dangers of this behavior on the roads,” said Lisa Cochrane, vice president of marketing at Allstate. “It’s an issue all drivers need to address, and we are pleased to have the opportunity to work with NPR’s Car Talk to continue to raise awareness and make our roads safer.”

Car Talk, a Peabody Award winner, is a one-hour weekly radio program heard by more than four million listeners on more than 600 NPR member stations nationwide. For local stations and broadcast times, visit www.npr.org/stations Ostensibly about cars, the show is actually a mix of automotive advice, philosophy – and wisecracks.

Since 2000, the University of Utah’s Applied Cognition Lab has been studying driver distraction to better understand how and why people can become overloaded while multi-tasking. Its mission is to make roads safer through research on the impact of advanced in-vehicle technology on drivers, providing essential information for the development of public policies aimed at saving lives by reducing driver distraction. For more information, visit the laboratory online at www.psych.utah.edu/lab/appliedcognition

Why Texting While Driving is So Dangerous

Drivers distracted more by cell phones than by passengers

Drivers on cell phones are as bad as drunks