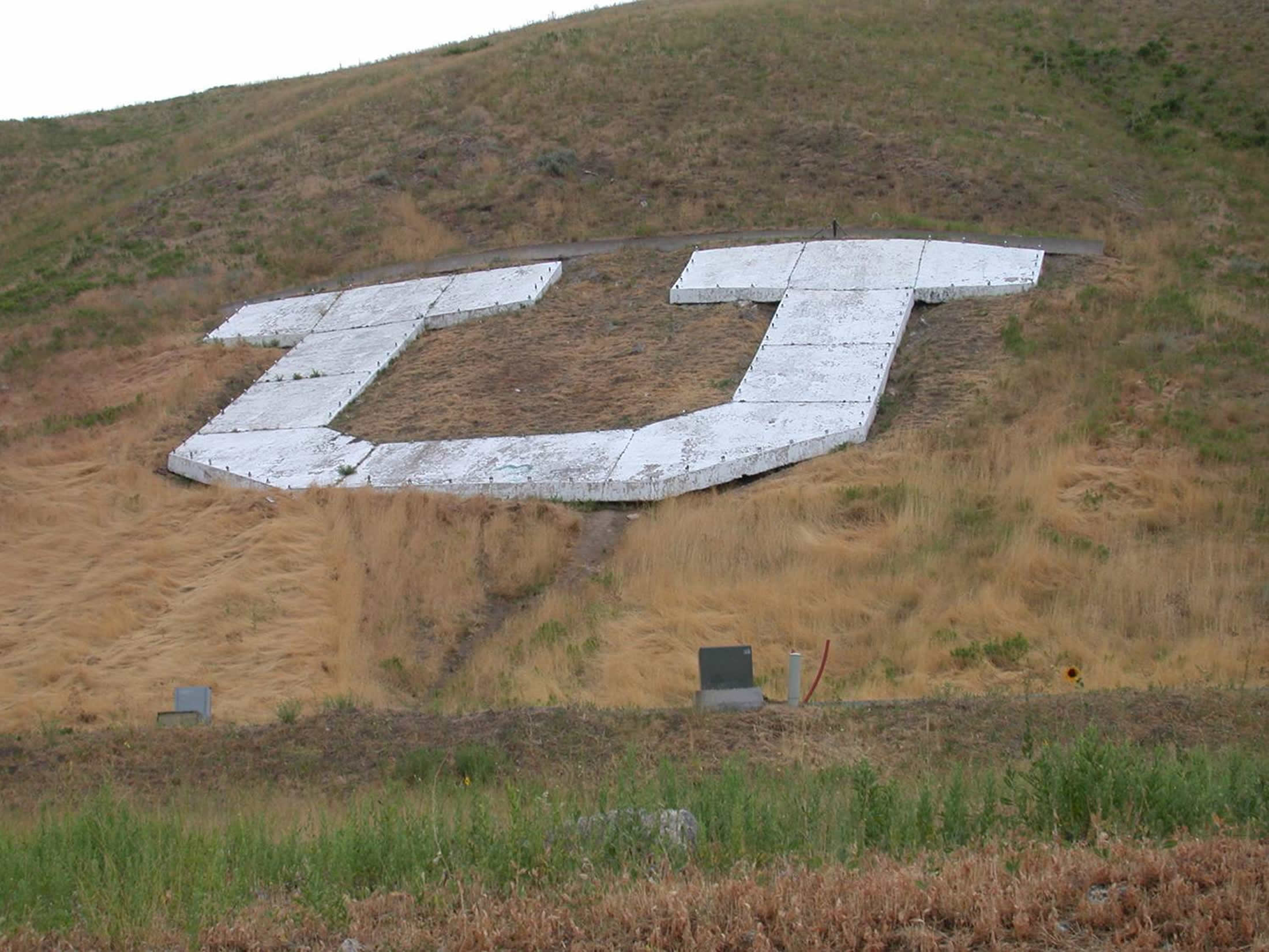 March 20, 2006 — Two renowned philanthropists and new supporters of the University of Utah are challenging others to join in a grassroots effort to save the Block U symbol on the hills behind campus. During this year’s Founders Day Celebration, Ira A. and Mary Lou Fulton declared they would match each donation from alumni, faculty, staff and students of up to $1,000 per individual for renovation of the Block U.

The Block U has become an iconic symbol of the University over the years, even gaining international exposure during the 2002 Olympic Winter Games. President Michael K. Young is encouraging students, faculty, staff, and alumni to make a donation. “For more than a century, the Block U has stood proudly on the hill overlooking the University of Utah campus. Since it was fashioned of lime in 1905 and first poured in concrete in 1907, it has been a constant reminder to students, faculty, staff, and the community of the flagship of higher education that stands proudly at its feet,” said Young.

Ira and Mary Lou Fulton are passionately focused on building today’s youth into tomorrow”s leaders. “We want to create a culture of giving among the campus community and alumni. Our lives have been blessed every time we give and we want the students as well as the faculty, staff and alumni to share in the joy. I don’t look at it as a gift, rather an investment in our future,” said Ira Fulton.

A campaign to raise the needed money is now under way and is titled, The Ira & Mary Lou Fulton Challenge for the Block U. Each gift from alumni, faculty, staff and students will be matched one for one, up to $1,000 per individual, if received by June 30, 2006. Gifts made by employees at the University will be matched for 52 weeks when they are made through payroll deduction.

Time has taken its toll on the giant letter and it is nearly sliding off the mountain. Erosion has caused a four-foot gap to develop beneath the symbol, and those who have studied the problem say future erosion could cause it to collapse altogether. Other problems also exist and must be corrected, such as replacement of the antiquated lighting system. The lights on the Block U are illuminated during athletic competitions on campus, and flash afterward to signal victory.

Fred Esplin, vice president for institutional advancement, says the Fultons” offer is welcome and exciting news. “The administration has known for some time that the Block U needed to be restored, but we did not have the money to do it in the right way. We are confident the generosity shown by the Fultons and by individual donors will make it possible to reach a long term solution,” said Esplin.

Students at the University are being encouraged to get behind the fund raising campaign by donating $20.06 in recognition of inaugurating this effort with the Class of 2006. Student Alumni Board President Matt Broadbent says he is confident his peers will support the effort. “All students here have been great benefactors of learning and growth opportunities. This is an exciting chance to be a part of the renovation of this lasting symbol by accepting the Fultons’ challenge and giving back to the U, while still attending school,” said Broadbent.

Ira A. and Mary Lou Fulton have built a strong partnership over their 51 years as a team, culminating in three children, 12 grandchildren-and Fulton Homes Corp., now one of Arizona’s largest home builders (responsible for well over 2,000 homes a year) and one of the most profitable residential home building firms in the country. Fulton Homes donates 50 percent of its profits to support education, health, and family services, and the U of U has been among the recipients of the Fultons’ generosity, with more than $10 million pledged to support programs located at the University of Utah.

For more information on the Fulton Challenge visit www.alumni.utah.edu/blocku.