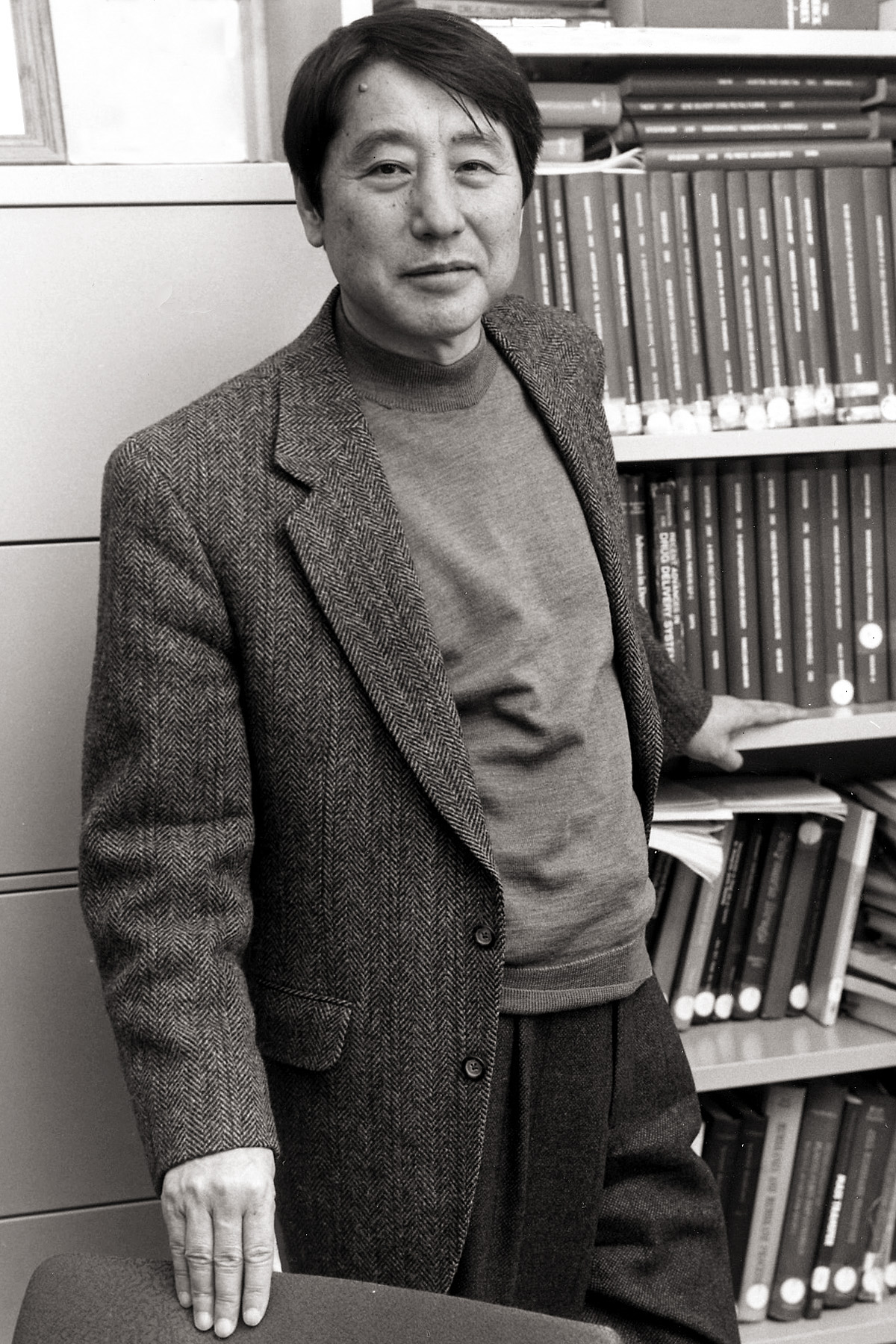 May 2, 2003 — Sung Wan Kim, Distinguished Professor of Pharmaceutics and Pharmaceutical Chemistry, and Distinguished Professor of Bioengineering, was honored at today’s Commencement with the Rosenblatt Prize, the University of Utah’s highest award for excellence. The $40,000 gift is presented annually to a faculty member who displays excellence in teaching, research, and administrative efforts.

The Rosenblatt Prize Committee, a group of distinguished faculty members, recommends final candidates for the award. The University president makes the final selection. President Bernie Machen presented the award to Kim for “his exceptional scientific research, his revolutionary contributions to his field, and his dedication to the University of Utah.”

Kim, who is director of the Center for Controlled Chemical Delivery, one of the state’s Center of Excellence programs, has earned national and international recognition for his work in designing organic substances called polymers for the delivery of protein drugs, cells, and DNA genes. He was one of the first researchers in the world to consider using biomaterials for drug delivery, in order to more safely and more precisely deliver medicines where needed in the human body.

Earlier this year, Kim was elected to the National Academy of Engineering (see: http://www.unews.utah.edu/p/?r=031406-61), and had already been an elected member of the Institute of Medicine, two of the three prestigious National Academies of Science. He has received the Utah Governor’s Medal of Science and has been awarded 20 U.S. patents. In addition, he is the recipient of the highest awards from several scientific societies, including the American Association of Pharmaceutical Scientists (AAPS) Dale Wurster Award (1998), the Controlled Release Society (CRS) Founders Award (1995), and the Clemson Basic Biomaterials Award (1987).

Kim received his bachelor’s and master’s degrees from Seoul National University in Korea, and his Ph.D. in chemistry from the University of Utah in 1969. He has trained more than 100 scientists from 13 countries and has published more than 500 academic papers.

The Rosenblatt endowment, from which the prize money is drawn, was established in 1983 by Joseph and Evelyn Rosenblatt and their family to honor the civic leadership and generosity of Joseph’s parents, Nathan and Tillie Rosenblatt, who came to Utah in the late 19th century.