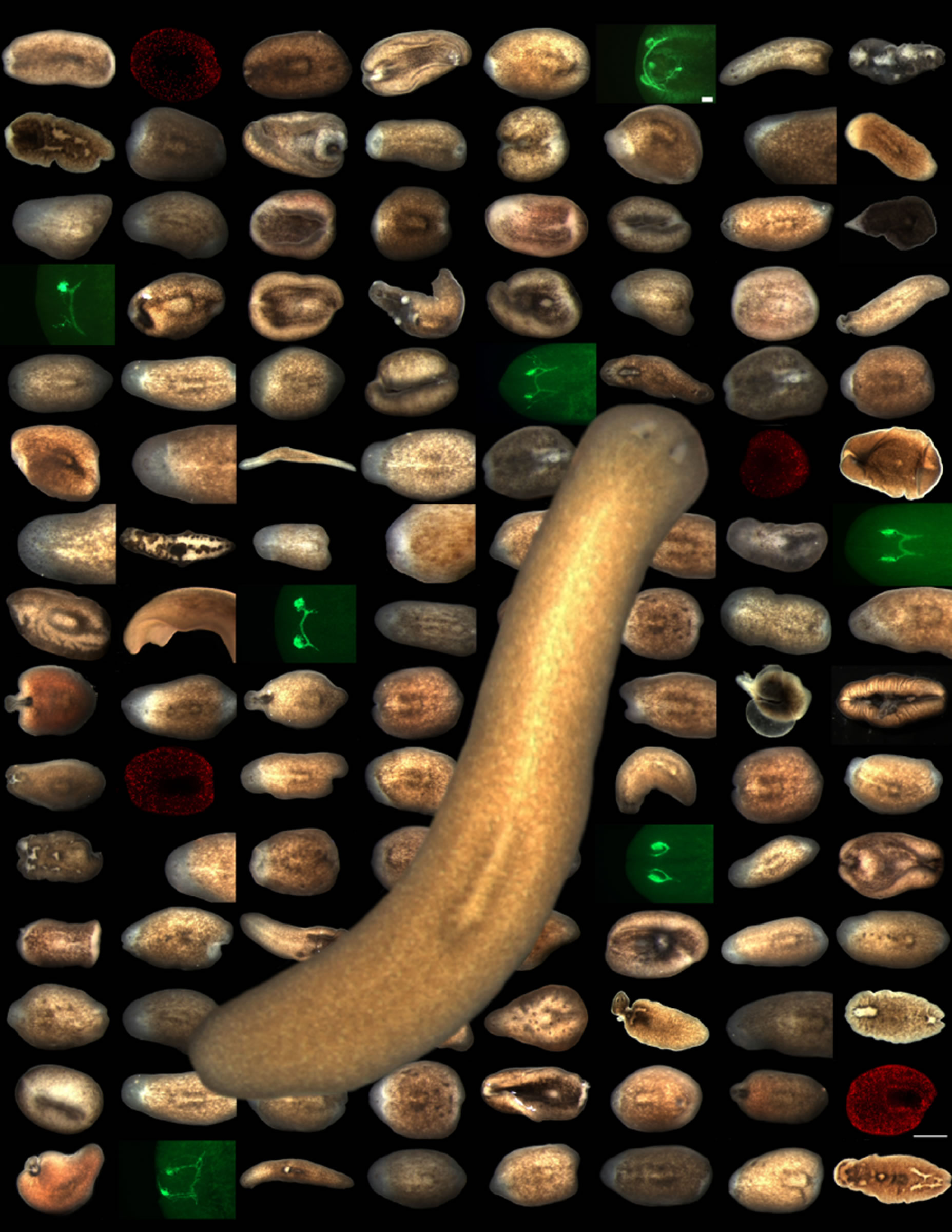 May 2, 2005 — University of Utah researchers-feeding microscopic pills of RNA to quarter-inch long worms called planarians-have identified many genes essential to understanding a biological mystery that has captivated scientists for hundreds of years: regeneration.

In pinpointing the genes, the U School of Medicine researchers have established the planarian as a genetically sound model for human biology, to take its place alongside Drosophila (fruit flies), C.elegans (another worm), zebrafish, and mice.

The study, to be published in the May issue of Developmental Cell, employed the first large-scale use of RNA interference (RNAi) to silence planarian genes to identify their role in the worm’s biology, according to Alejandro Sánchez Alvarado, Ph.D., principal investigator and U medical school associate professor of neurobiology and anatomy. The U team’s work shows that planarian genes can be selectively manipulated to study some of the most basic and important areas of biological research: stem cells, homeostasis (tissue loss and replacement), regeneration, and disease.

“Planarian biology has much in common to the biology that you and I share,” said Sánchez Alvarado, who last month was appointed a Howard Hughes Medical Institute investigator. “This work opens a whole new window to study aspects of human biology that are barely accessible today.”

The planarians used in these studies, also called flatworms, live in fresh water and have a singular ability to regenerate. Chop one in half, and two new worms grow. Their ability to regenerate is so prolific that a tissue fragment only 1/279th of the worm’s length can grow into a new planarian. Researchers know that planarian stem cells, called neoblasts, play a central role in both regeneration and homeostasis. But how they do that has remained shrouded in mystery.

Sánchez Alvarado and Helen Hay Whitney Foundation postdoctoral fellow Peter W. Reddien, Ph.D., silenced and screened 1,065 planarian genes with RNAi. Specific defects were associated with 240 of the genes that were silenced. About 85 percent (204) of the 240 genes are shared by the genomes of other species, including humans, according to Sánchez Alvarado.

“This tells us that separate genetic pathways for regeneration and homeostasis must exist,” Sánchez Alvarado said. “It’s a huge step forward for us and opens the possibility of systematic molecular studies to find the genetic cause of regenerative processes in animals.”

Silencing planarian genes may also help in studying human disease. Thirty-eight of the genes Sánchez Alvarado and his team silenced are related to human genes associated with diseases, such as ataxia (inability to coordinate muscular movements), bradyopsia (slow vision), and cancer. Only eight of those genes have a corresponding knockout gene in mice. This means researchers may be able to use planarians to learn about human diseases that can’t be studied in other animal models.

Another 35 of the silenced genes may shed light on the parasitic platyhelminthes, such as Schitosoma mansoni, which cause disease in millions of people. The genes identified by the U researchers may be required for the survival of the parasites.

“Considering such pathogens are estimated to cause disease in nearly 300 million people throughout the world, these genes might make attractive drug targets,” Sánchez Alvarado and his fellow researchers wrote in the study.

The planarian makes an ideal biological model for three important reasons, according to Sánchez Alvarado.

Now that Sánchez Alvarado and his colleagues have opened the door to understanding regeneration by identifying key genes in the process, the U researcher predicts, with aid of the planarian, more discoveries are on the way.

“Our limitations right now are how many experiments we can do in a day,” he said. “The mystery of what makes regeneration possible, particularly in these animals, is on its way to finally being resolved.”