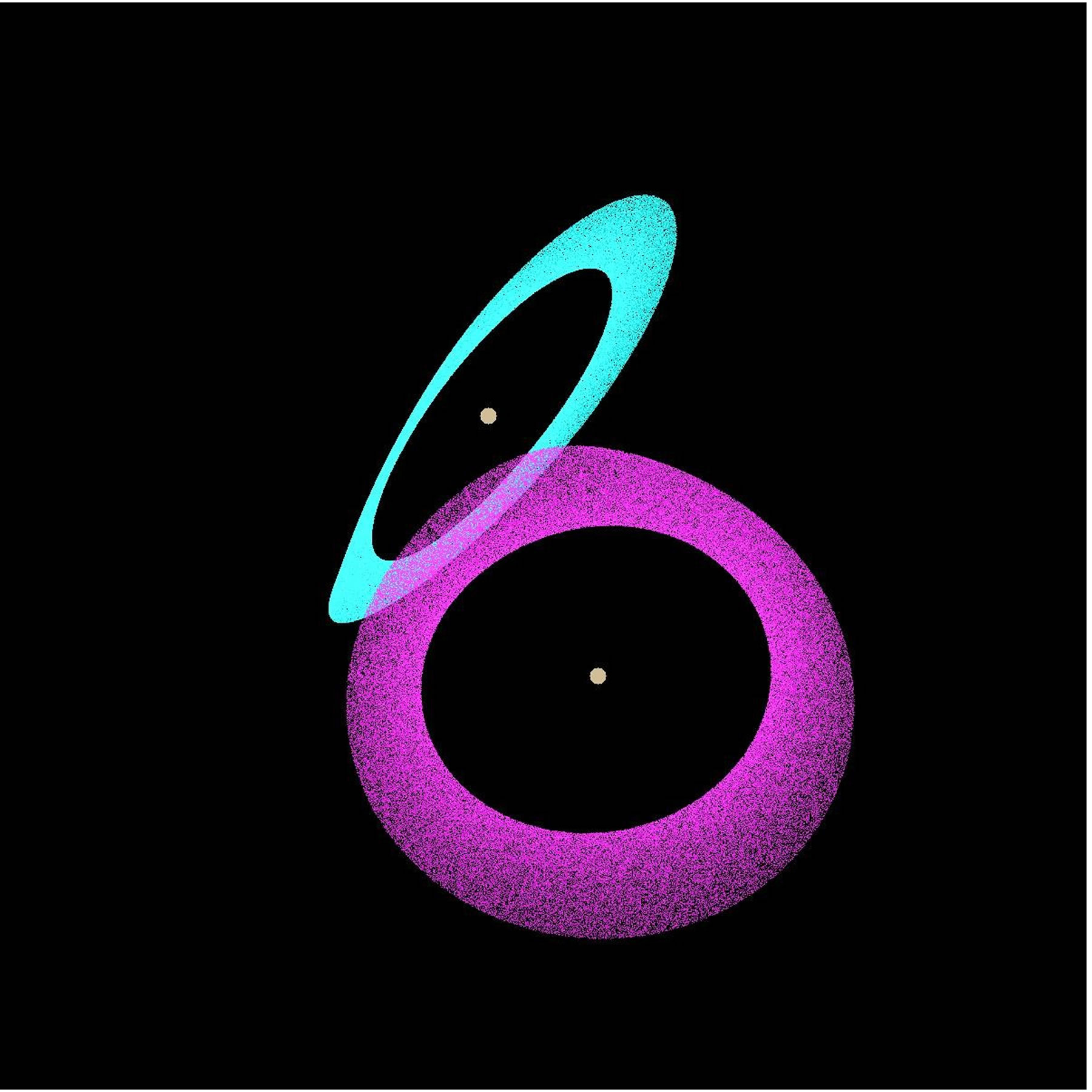 Dec. 1, 2004 — Computer simulations show a close encounter with a passing star about 4 billion years ago may have given our solar system its abrupt edge and put small, alien worlds into distant orbits around our sun.

The study, which used a supercomputer at NASA’s Jet Propulsion Laboratory in Pasadena, Calif., was published in the Dec. 2 issue of the journal Nature by physicist Ben Bromley of the University of Utah and astronomer Scott Kenyon of the Smithsonian Astrophysical Observatory in Cambridge, Mass.

Bromley and Kenyon simulated what would have happened if our sun and another star in our Milky Way galaxy had passed a relatively close 14 billion to 19 billion miles from each other a few hundred million years after our solar system formed. At that time, our solar system was a swirling “planetary disk” of gas, dust and rocks, with planets newly formed from the smaller materials.

Imagine the encounter of two young solar systems by envisioning two circular saw blades brushing past each other while spinning rapidly. When they make contact, their outer edges are buzzed off by the other saw. But in the case of planetary disks, colliding rocks at the edges of the solar systems are pulverized into pebbles, causing particles to be flung in all directions.

“Any objects way out in the planetary disk would be stirred up greatly,” says Bromley, an associate professor of physics at the University of Utah.

Bromley and Kenyon conclude the shearing motion and dueling gravity of the passing stars could have done several things:

— Taken young planets formed with circular orbits in our solar system and catapulted them into highly elongated orbits. That may explain the existence of Sedna, a “planetoid” that orbits beyond Pluto and measures between 600 and 1,000 miles wide.

— Created a sharp edge to the solar system by shearing off the outer part of the Kuiper belt, a collection of small, rocky-and-icy objects in space starting beyond Neptune’s orbit and ending abruptly about 4.7 billion miles from the sun.

— Allowed our sun and solar system to capture a planet or smaller object from the passing star’s solar system. Sedna might be an example.

Houston, We Have an Alien … Planet

Computer simulations of a close encounter by two stars – a stellar flyby – demonstrated there is a chance a planet could be captured from another solar system. Bromley and Kenyon predicted locations in our solar system where captured objects would be, based on the angle and shape of their orbits. Finding captured objects in the predicted locations would be “proof that a flyby occurred,” says Bromley. He hopes astronomers will look more closely at sections of the sky where he and Kenyon predict alien planets might be.

Between 30 and 50 astronomical units from the sun – that is, 2.8 billion to 4.7 billion miles from the sun – several Kuiper belt objects larger than 600 miles in diameter are known to orbit the sun. Sedna, discovered in 2003, is similar to these cold, rock-and-ice worlds, but orbits 70 to 1,000 astronomical units from the sun. It has a high-inclination orbit, which means it does not travel around the sun in the same plane as the major planets. Sedna’s orbit also is highly elliptical or elongated.

Bromley says Kuiper belt objects are influenced by Neptune’s gravity, but Neptune alone is too far away to have launched Sedna on its bizarre path, he says.

What caused Sedna’s elongated orbit? Answering this question was a key goal of Bromley and Kenyon’s study. Their simulations show there is a 5 percent to 10 percent chance Sedna formed within our solar system, probably closer to Neptune or Pluto, and was later launched into its current orbit when our solar system was “buzzed” by another.

“In order for a flyby [between two stars] to put Sedna on its orbit, we need to have Sedna in place at the time of the flyby,” says Bromley.

Bromley says it is possible Sedna is an alien planet, formed in a solar system that later flew near our own. Bromley and Kenyon’s simulations suggest that there is a 1 percent chance that Sedna is a planet captured during a stellar flyby.

“There may be thousands of objects like Sedna near the edge of our solar system,” Bromley says. “So there is an even greater chance that some may be alien worlds captured from another solar system.”

The Kuiper belt ends abruptly at 50 astronomical units from the sun and “there is no evidence that the hard edge of the Kuiper belt is in any sense natural,” says Bromley.

If the edge of our solar system were unperturbed, scientists would predict a gradual tapering of debris at increasing distances from the sun. The computer simulations showed that a close encounter with another solar system could explain why rocky, icy Kuiper belt objects vanish abruptly at 50 astronomical units.

Does the solar system face another destructive encounter with a neighboring star? Not according to Bromley, who says the chance of that happening is “effectively nil” because the sun no longer is close to other stars in a cluster as it once was.