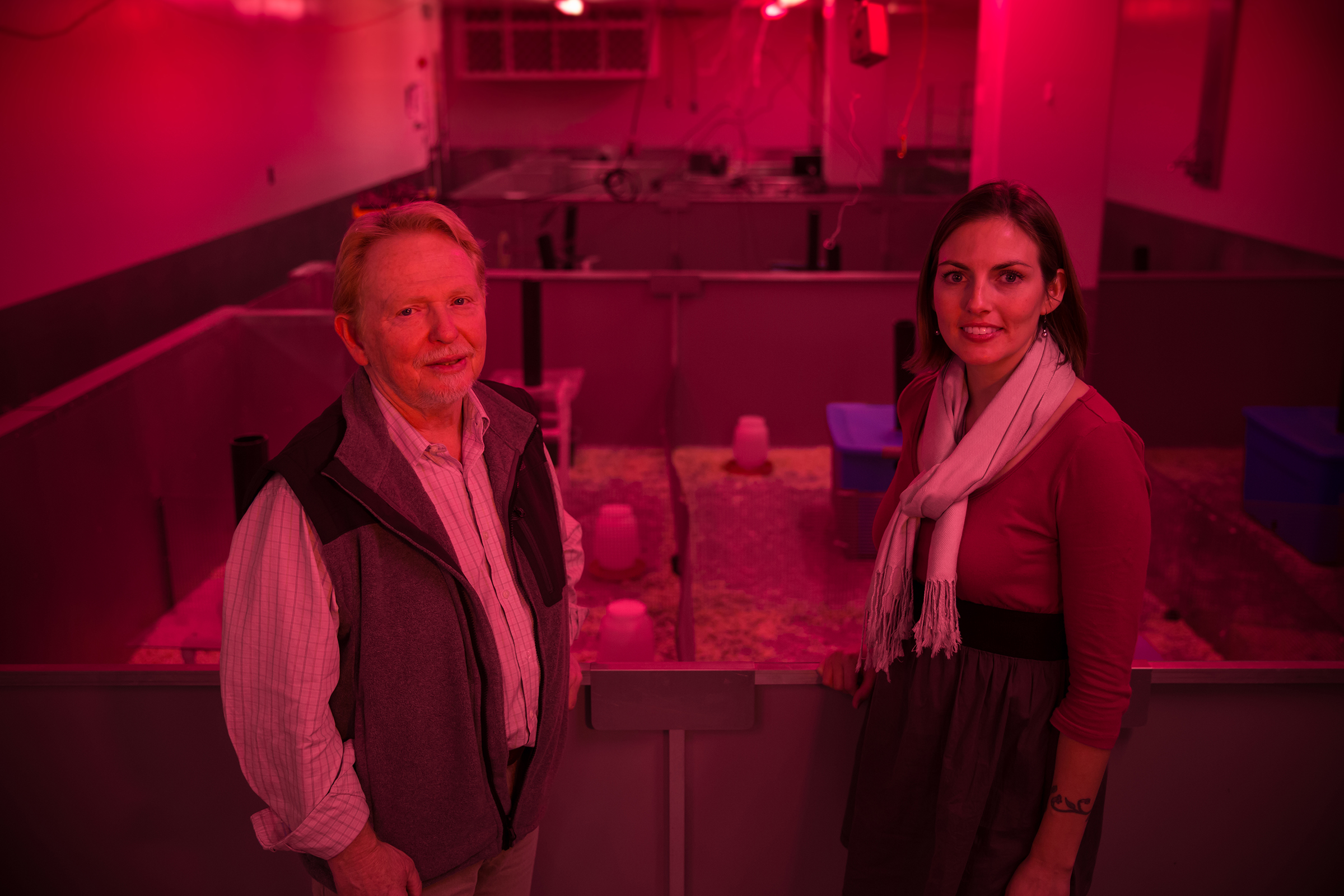 Dec. 15, 2014 – Because of undetected toxicity problems, about a third of prescription drugs approved in the U.S. are withdrawn from the market or require added warning labels limiting their use. An exceptionally sensitive toxicity test invented at the University of Utah could make it possible to uncover more of these dangerous side effects early in pharmaceutical development so that fewer patients are given unsafe drugs.

To prove the point, the U researchers ran their test on Paxil, an antidepressant that thousands of pregnant women used in the years before it was linked to an increased risk of birth defects. The U.S. Food and Drug Administration now requires a warning about use in the first trimester of pregnancy. In the U study, mice exposed during development experienced multiple problems: males weighed less, had fewer offspring, dominated fewer territories and died at a higher rate. Females took longer to produce their first litters, had fewer pups and pups that were underweight. The drug doses were relatively close to those prescribed for people. In the conventional animal safety testing reported by the drug’s manufacturer, no reproductive side effects emerged until rodents took doses multiple times higher than those given to treat depression.

“We are seeing effects at a dose that is close to human levels. And we are doing it exactly the way we need to determine if it presents a risk of harm to a developing fetus,” says University of Utah biologist Shannon M. Gaukler, the study’s lead author who recently completed a doctoral degree at the U. The study will be published in the January-February issue of Neurotoxicology and Teratology, which has posted a preprint online.

University of Utah biology professor Wayne K. Potts, the study’s senior author, says that detecting toxicity problems early in preclinical testing would not only protect patients from exposure to unsafe drugs, but also help pharmaceutical companies avoid wasting billions of dollars bringing drugs to market only to have them fail.

“If we can find these health problems early on in preclinical testing, it has the potential of saving them a lot of money,” Potts says.

The key to the test’s sensitivity is the way it uses untamed house mice – rather than docile, inbred laboratory strains – and subjects them to a relentless, Darwinian competition for food, shelter and mates much like they would face in the wild. Mice jostle and race for a place in a roughly 300-square-foot pen divided into six territories by wire fencing that individuals must climb to invade or flee neighboring turf. Four of the territories are prime real estate with multiple hidden nesting sites and direct access to feeders. Two territories are poor, offering only open nesting sites and indirect feeder access.The test is called the organismal performance assay, or OPA.

Potts first came up with the idea as a way to explore the impact of inbreeding. Those studies revealed harmful effects of cousin-level inbreeding that had gone unnoticed for decades of research on mouse genetics. Laboratory mice that are only slightly less healthy may not appear so when given ample food and living space. But if there is a defect in any physiological system, it is likely to stand out during intense competition.

“When they really have to compete directly, males are constantly testing each other and fighting over territories,” Potts says. “If they don’t win a territory, females won’t consider them when it comes time to choose a mate.”

In a study published last year, the performance assay revealed that doses of sugar that people regularly consume – and deemed safe by regulators – may in fact be toxic. When mice ate a diet of 25 percent extra sugar (the mouse equivalent of drinking three cans of soda daily) females died at twice the normal rate and males were a quarter less likely to hold territory and reproduce.

In the Paxil study, the researchers gave food laced with the antidepressant to 20 breeding pairs of mice for several weeks, until all had produced up to four litters. Doses were equivalent to about 1.8 times the level typically prescribed for people. The offspring also ate Paxil-laced chow until they reached breeding age. The researchers then released the exposed offspring into the competitive arena with the offspring of a control group of mice never exposed to Paxil. Groups consisted of eight males and 14 to 16 females, creating population densities comparable to those seen in the wild. The researchers started five such populations and kept them going for six months.

Males exposed to Paxil were about half as likely to control a territory. They also lagged behind control males in body weight throughout the weeks of competition and were more likely to die. Exposed males produced 44 percent fewer offspring. Exposed females showed no significant weight or mortality differences, but they produced half as many offspring as control females at the initial assessment. Their fecundity rebounded at later time points.

The test can provide an early warning of possible toxic effects, but it does not identify causal pathways. In the case of Paxil, the test might have alerted the drug’s developers to the risk of birth defects when taken during pregnancy at prescribed doses, not just at the high levels used in conventional safety testing. Other selective serotonin reuptake inhibitors, or SSRIs, don’t appear to pose the same level of risk as Paxil, but their safety for use during pregnancy remains unclear.

“It’s unknown how Paxil causes birth defects and why Paxil has a stronger correlation with birth defects than other SSRIs,” Gaukler says. “We think most of our results are driven by endocrine disruption.”

Potts says the performance assay may be even more important for identifying the toxic effects of agricultural chemicals, industrial pollutants, and other manufactured chemicals released into the environment.

“We don’t really have a sensitive, broad toxicity assessment system,” Potts says. “That’s why these things slip through the cracks and we often don’t discover harmful effects until after 10 or 20 years of epidemiology studies using the public as the experimental guinea pigs.”