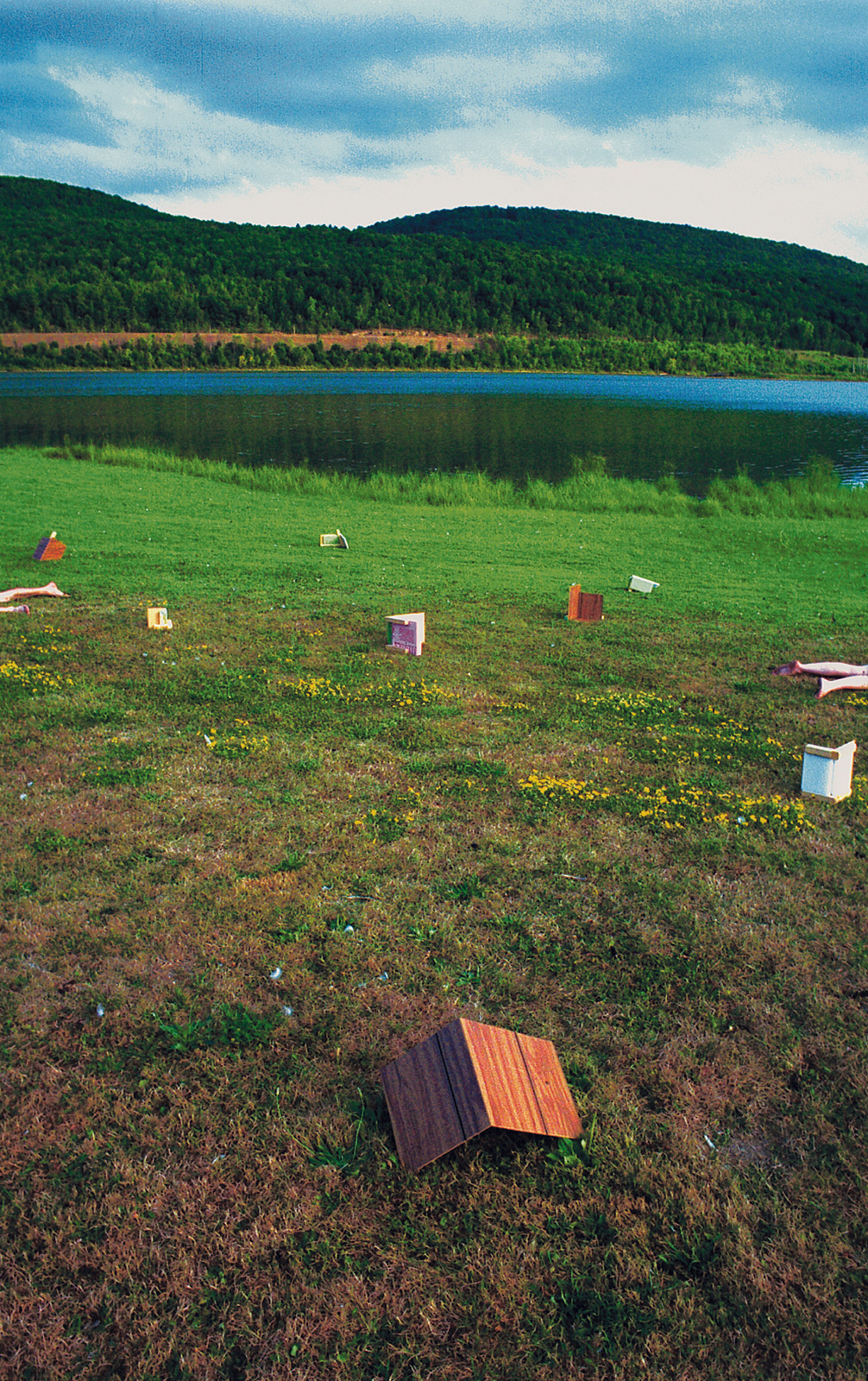 March 19, 2009 — The Center for Interdisciplinary Art and Technology (CIDAT) is very pleased to announce that it will be bringing Darrin Martin, video and installation artist and sculptor to the University of Utah on March 23rd at 7pm for a free screening of Inside Out, Solo and Collaborative works of Darrin Martin.

Darrin Martin’s videotapes, sculptures and installations metaphorically explore the distance between common and scientific knowledge and investigate the intersection between speculative fiction and autobiography. His latest trilogy of experimental short videos examines the relationship between interiority and exteriority through subjects of hearing loss and tinnitus, a constant ringing in one’s head. He also has an ongoing collaboration with Torsten Zenas Burns creating artworks about re-imagined educational programs that tap into subjects as diverse as psychology, polygamy and the occult.

His videos and performances have been exhibited internationally at museums and media festivals, including the DIA Center for the Arts, Los Angeles Museum of Contemporary Arts, Pacific Film Archives, The European Media Art Festival in Germany and most recently at the Museum of Modern Art in New York and the Impakt Festival in Utrecht, The Netherlands. His installations have exhibited at venues such as The Kitchen, WRO Media Arts Biennale in Poland and Pacific Switchboard in Portland. In the mid-90s,

Martin worked with Joanna Spitzner programming two video series in New York City, one at Art in General and the other at the Knitting Factory. He toured Circus Momentous, an exhibit of film/video, performance and fine art oddities through California in the late 90’s. Martin continues to occasionally curates and co-curates video/film screenings, most recently with Torsten Zenas Burns for the 21st Stuttgart’s Filmwinter Festival in Germany.

Martin has been an artist in residence at Citè Internationale des Arts in Paris, Eyebeam Atelier in New York City, The Experimental Television Center Residency in Owego, NY and at The Hallwalls Video Residency Program in Buffalo, NY. He has taught video and digital media at The Atlanta College of the Arts, California State University at San Marcos, Southwestern in Chula Vista, CA, and N.Y.S.C.C, School of Art and Design at Alfred University in Alfred, NY. He is currently an Assistant Professor at UC Davis.

Inside Out is open to the public and admission is free. Attendees are encouraged to bring friends and family.

Center For Interdisciplinary Art and Technology