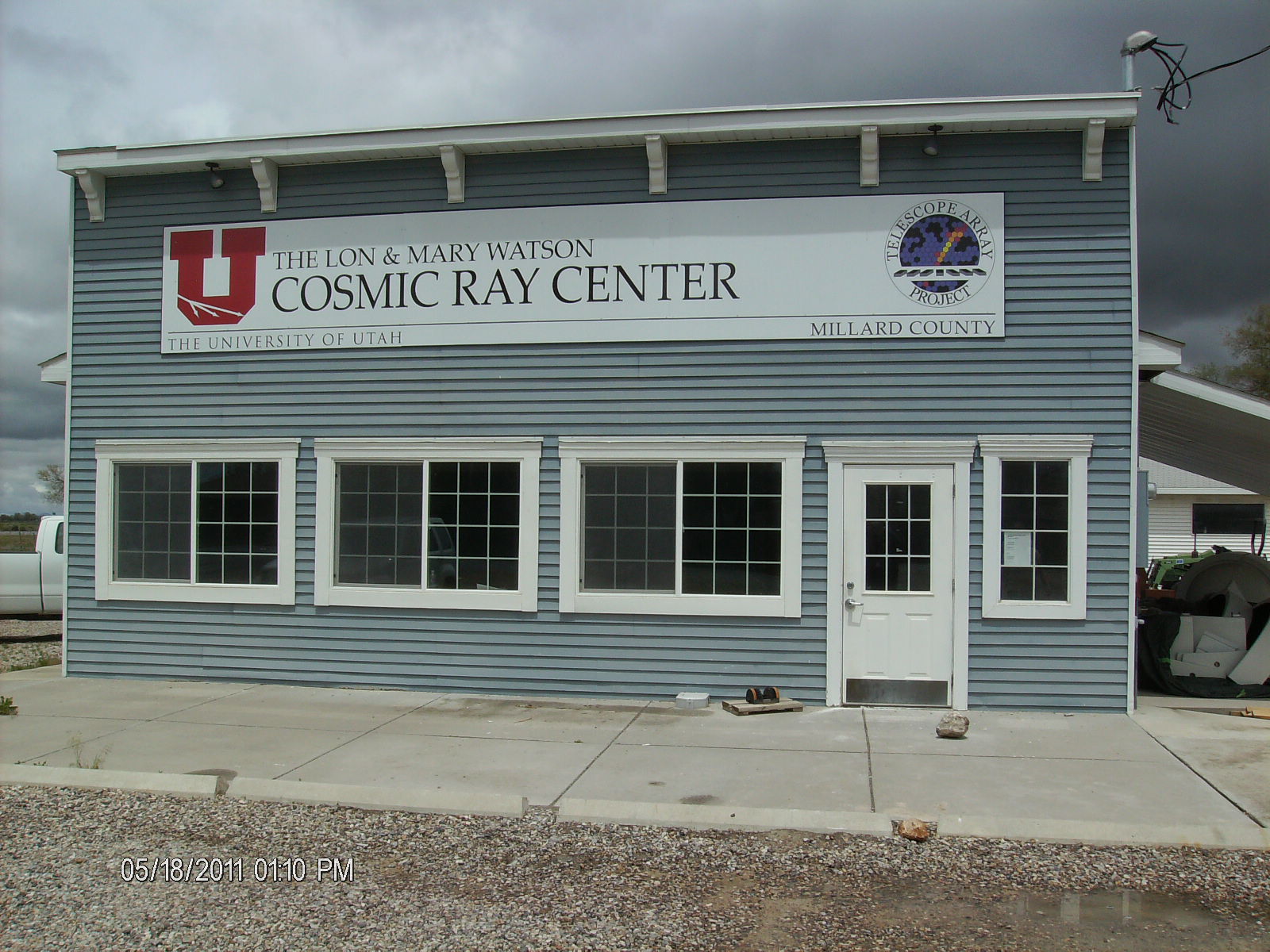 Oct. 3, 2011 – The University of Utah’s Department of Physics and Astronomy will hold an open house at 1 p.m. MDT Wednesday, Oct. 5 at the new Millard County Cosmic Ray Visitor Center in Delta, Utah.

The center – which normally will be open 10:30 a.m. to 2:30 p.m. on weekdays – holds displays about the history of cosmic ray research in Utah and about the Telescope Array cosmic ray observatory, which is spread across the desert west of Delta. The center also includes a display about the nearby Topaz internment camp, where U.S. citizens of Japanese descent were imprisoned during World War II.

The University of Utah serves as the host institution for the Telescope Array, which is an international collaboration of more than 30 universities and research institutions from the United States, Japan, Korea, Russia and Belgium.

The Telescope Array is the largest cosmic ray detector in the Northern Hemisphere.  This project is the most recent experiment in cosmic ray research in Utah.

Cosmic ray research in Utah dates back to 1950 with research by the University of Utah’s Jack Keufel in the Park City silver mines. Subsequent experiments included the Fly’s Eye and High-Resolution Fly’s Eye projects, which were located on the U.S. Army’s Dugway Proving Ground.

The new visitor center is located at 648 West Main St. in Delta, Utah, inside the existing Lon and Mary Watson Cosmic Ray Center, which is the hub of day-to-day operations and construction of new equipment for the Telescope Array.

The visitor center’s posters and other displays explain how the Telescope Array detects cosmic ray events using two methods: three fluorescence detectors that record faint flashes in the sky from when cosmic rays collide with atmospheric gases, and more than 500 scintillation detectors on the ground that record “air shower” particles resulting from those collisions.

There is also a digital photo display of images from the Telescope Array and prior experiments. And a large LED display shows the map of the scintillation detectors spread across the desert and lights up to display cosmic ray air shower events.