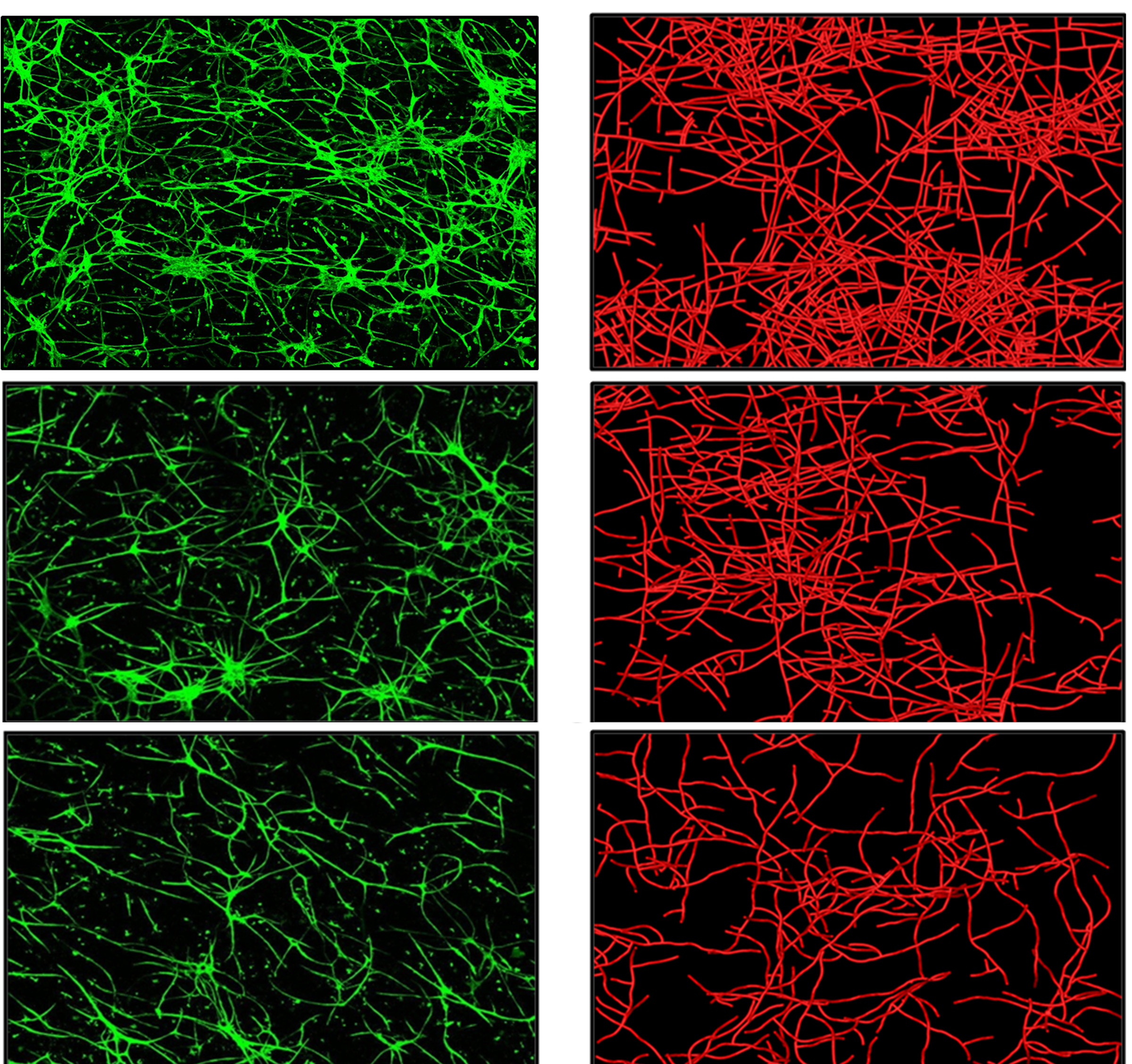 Jan. 22, 2014 – University of Utah bioengineers showed that tiny blood vessels grow better in the laboratory if the tissue surrounding them is less dense. Then the researchers created a computer simulation to predict such growth accurately – an early step toward treatments to provide blood supply to tissues damaged by diabetes and heart attacks and to skin grafts and implanted ligaments and tendons.

“Better understanding of the processes that regulate the growth of blood vessels puts us in a position ultimately to develop new treatments for diseases related to blood vessel growth,” and to better understand cancer metastasis, says bioengineering professor Jeff Weiss of the university’s Scientific Computing and Imaging Institute.

Weiss and Lowell Edgar, a postdoctoral fellow in bioengineering, published their study Wednesday, Jan. 22, in the Public Library of Science’s online journal PLOS ONE.

Like some previous studies, they showed that tiny blood vessels called capillaries grow, branch and interconnect best when the density of the surrounding tissue – called the “extracellular matrix” – is lower rather than higher. But unlike earlier research, they used pieces of real blood vessels from rats rather than single cells, and went on to develop an accurate if simplified computer simulation of the process.

Earlier work also focused on how the extracellular matrix, made mostly of collagen, sends chemical signals to promote capillary growth. The Utah study focused more on how the collagen’s mechanical or physical properties – specifically, the density or “stiffness” of the matrix – affect blood vessel growth. Both their lab experiments and computer simulations showed that the denser or stiffer this collagen matrix, the more difficult it is for blood vessels to form a network necessary to supply blood to living tissue. This directly impacts healing or accepting new tissue implanted into the body.

Upon injury or receiving a skin graft, the body triggers “angiogenesis” – the body’s process of creating new blood vessels from existing ones.

“When people engineer replacement tissues for use in the body – artificial or natural ligaments and tendons, for example – one limitation is their ability to recruit a blood supply from the body” to link the implant’s vessels with the body’s, Weiss says.

Vessels in implanted tissues grow longer, sprout branches, recruit other vessels and create a network of capillaries that delivers oxygen-rich blood to nourish the damaged or new area. However, recruitment for large areas often fails, preventing healing or acceptance of new, implanted tissue.

“For successful treatment, you have to create blood vessels that match the host blood vessel structure, otherwise you can’t provide the proper therapy,” Edgar says.

The new study ultimately is aimed at engineering replacement tissues with their own blood supply that could be used to treat a variety of disease – probably at least five and more likely 10 years from now, Weiss says.

Better-engineered tissues with capillaries could enhance the reconstruction of ligaments and tendons by helping new tissues hook up with the existing blood vessel network, Weiss says.

Prevascularized tissues also may help diabetes patients suffering wounds that heal slowly – if at all – due to impaired blood microcirculation. Implanted skin grafts with their own blood vessels could stimulate blood flow to promote healing of diabetic ulcers.

Weiss envisions prevascularized patches rehabilitating heart muscle that is damaged when a heart attack cuts off part of the heart’s oxygen supply, turning some of the heart into stiff scar tissue. A tissue patch implanted on the scar tissue could encourage blood vessel regrowth to repair the damaged, oxygen-deprived heart muscle.

“If we can revascularize the damaged part of the heart, it may be possible to restore its function,” Weiss says.

As for cancer metastasis, most tumors begin as dense, blood-free masses. To grow and spread, the tumor tricks the body into fueling it with oxygenated blood vessels.

“The vessels grow in and then provide a pathway for the tumor to spread,” Weiss says. “This research will help us understand the physical parameters that control whether blood vessels reach the tumor.”

Although this is not the first study on how networks of blood capillaries form, the University of Utah engineers uniquely both grew real blood vessels in the lab and developed a 3-D computer simulation of the process. This approach enabled researchers to verify that a denser collagen matrix impaired vessel growth.

To grow a network of blood vessels, researchers extracted blood vessel fragments from the fat tissues of rats, and suspended them in liquid. This extract contained 35,000 of those blood-vessel fragments per milliliter (one-fifth teaspoon) of solution.

The blood vessel pieces were grown in plastic plates with tiny mold-like wells filled with gel-like collagen as the extracellular matrix, reminiscent of Jell-O. Collagen is a major component of connective tissue and real extracellular matrix, and is found in varying densities throughout the body. The wells were 0.6 inches wide and 0.1 inch deep.

The researchers cultured the rat blood vessel fragments for six days in the wells with three densities of collagen: 2, 3 and 4 milligrams of collagen per milliliter of solution. Vessels in the lower-density collagen grew and branched more, had fewer dead ends and interconnected with each other better than the vessels growing in the higher density collagen. These blood vessel networks mirrored those found in living mammals.

Simulating and Predicting Vessel Growth with a Computer

The vessels grown in the lab provided data on total length of the vessels, the degree to which they connected into a network or vessels, and the number of vessels branches and dead ends. This data let them program to a 3-D computer simulation that accurately predicted blood vessel network formation based on collagen matrix density.

“Now, we can answer all sorts of ‘what if’ questions about the geometry of these tissues, their shape, boundaries, initial densities and mechanical properties,” Weiss says. “We can use the computer to predict the influence that these factors have in the layout of a vascular network structure.”

The National Institutes of Health funded the study. University of Utah co-authors were Clayton Underwood, a bioengineering postdoctoral fellow, and James Guilkey, a research associate professor in mechanical engineering. A key co-author was James Hoying, a professor at the University of Louisville in Kentucky. Weiss also credited longtime collaborator University of Arizona professor Urs Utzinger for his help.

A video showing a computer simulation of blood vessel growth can be found here.