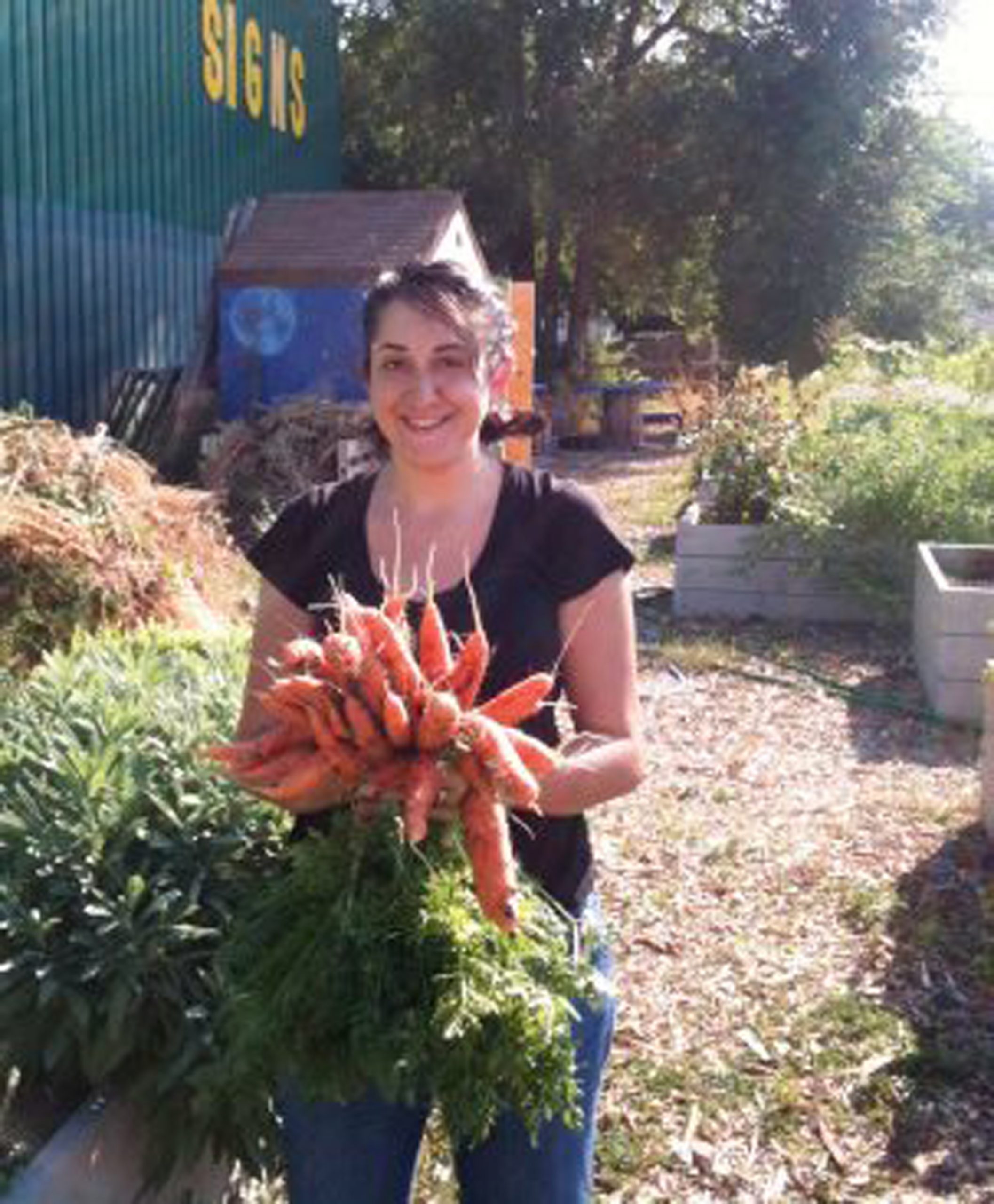 Apr. 18, 2013 – People who participate in community gardening have a significantly lower body mass index—as well as lower odds of being overweight or obese—than do their non-gardening neighbors. Researchers at the University of Utah reported these and other findings in the American Journal of Public Health published online today.

“It has been shown previously that community gardens can provide a variety of social and nutritional benefits to neighborhoods,” says Cathleen Zick, lead author of the study and professor of family and consumer studies at the University of Utah. “But until now, we did not have data to show a measurable health benefit for those who use the gardens.”

To gauge a health benefit, researchers used body mass index, or BMI, a calculation based on a person’s height and weight and which is widely used to screen for weight categories that may lead to health problems. In general, a normal BMI ranges from 18.5 to 24.9; a smaller number is better than a larger one.

Results showed that women community gardeners had an average BMI 1.84 lower than their neighbors, which translates to an 11 pound weight difference for a woman 5 feet 5 inches tall. For men, the BMI was lower by 2.36 for gardeners—a difference of 16 pounds for a man 5 feet 10 inches tall—compared to the neighborhood cohort. Gardeners were also less likely to be overweight or obese; 46 percent less for women gardeners, and 62 percent less for men gardeners.

Researchers also looked at the BMIs of individuals related to the gardeners, namely siblings and spouses.

When compared to same sex siblings, a similar advantage to unrelated neighbors was found. Women in the community gardening group had a BMI 1.88 lower than their sisters; for men, the difference was 1.33 lower for the gardeners compared to their brothers. Both differences were statistically significant.

For spouses of married gardeners, there was no difference in BMI or odds of being overweight or obese. That finding was not surprising, as researchers had expected that spouses would benefit from eating food produced in the garden, and perhaps from helping out with the gardening activities.

“These data are intriguing, although they were drawn from participants in a single community gardening organization in Salt Lake City and may not apply broadly until more research is done,” Zick notes. “However, as the percentage of Americans living in urban areas continues to grow, this initial study validates the idea that community gardens are a valuable neighborhood asset that can promote healthier living. That could be of interest to urban planners, public health officials and others focused on designing new neighborhoods and revitalizing old ones.”

The study used unique administrative data to examine—for the first time—the relationship between community gardening and a health outcome. Researchers compared community gardeners’ BMIs, and odds of being overweight or obese, with three control groups.

One group included unrelated people from the same geographic neighborhood. This group would share similar physical environments, like walkability and proximity to food shops and stores, as well as economic status.

The second group was same sex siblings, who would be expected to share genetic predispositions for weight and family influences on diet and exercise.

The third group was married spouses of the gardeners, because they would likely share lifestyle and food choices, including food grown in the community garden.

Gardeners were drawn from a pool of individuals active with Wasatch Community Gardens (WCG), a 20-year old non-profit organization located in Salt Lake City. WCG provides a network of urban gardens located throughout the local area, as well as classes, programs and events focused on gardening and eating locally. After gaining assurance from the gardeners that they had no concerns regarding WCG’s involvement with the study, WCG staff provided names and addresses of 423 adults who had gardened on one of the community plots for at least one year between 1995 and 2010.

A total of 375 gardeners were linked to BMI information in the database; once linked, driver’s license records were used to build a sample of neighbors—individuals matched for age, gender and residential location, and Utah marriage, divorce and birth records to identify siblings and spouses. In the end, data on 198 gardeners and 67 spouses were included in the analyses, and height and weight information came from driver’s license records after they began community gardening.

“We know obesity is costly,” Zick concludes. “This study begins to shed light on the costs and benefits of the choices families make about eating and physical activity. Future research with controlled, randomized field studies across a range of communities are needed to further advance our understanding of the role gardening can play in healthy lives.”

ABOUT FAMILY AND CONSUMER STUDIES:

Family and Consumer Studies is an interdisciplinary department where faculty and students examine how the social, economic, political, and physical environments affect families, individuals, and consumers. The teaching, research, and service focuses on expanding the understanding of how welfare of individuals, and the families in which they live, are affected by external forces and internal forces. The department thereby emphasizes applied social science research and teaching with a strong public policy orientation.