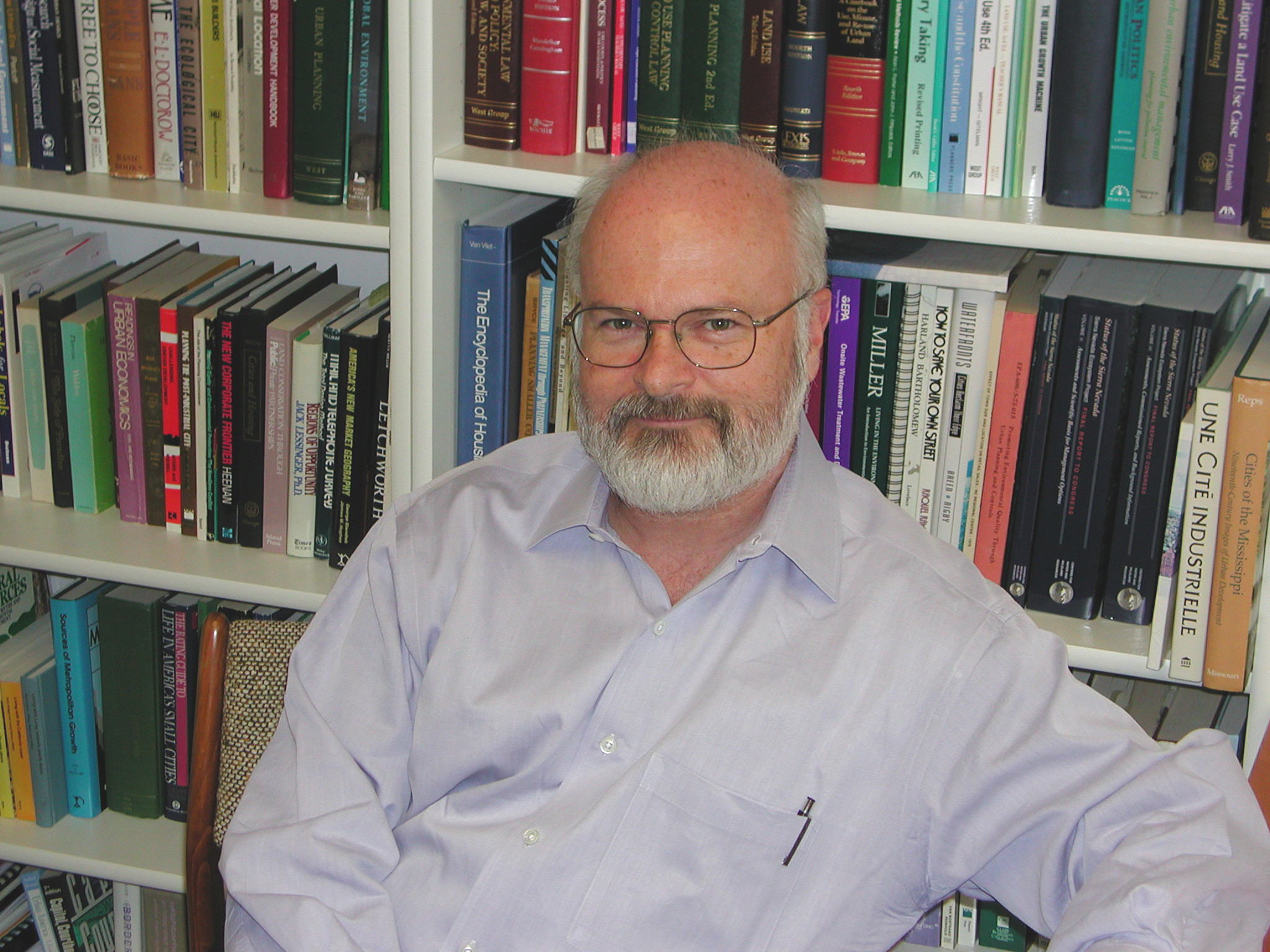 July 1, 2008 – Today’s arrival of Arthur C. “Chris” Nelson, one of the most distinguished researchers in planning, places the College of Architecture + Planning and the University of Utah at the forefront of thought about the future of our cities and metropolitan regions.

Nelson – who has been appointed a presidential professor – has pioneered research on the melding of metropolitan areas into ‘megapolitan’ regions including the greater Salt Lake area.

“Growth along the Wasatch Front in Utah could jump from 2.5 million today to 7 million people by 2050,” says Nelson, “We must prepare our communities now to meet the challenges brought about by this growth.”

By mid-century, Nelson predicts that the United States’ population may reach 500 million, and perhaps one billion people by 2100. To accommodate growth by mid-century, the number of buildings in this country would need to nearly double. Rather than continue to spread the urban footprint outward, Nelson advocates filling in already-built areas, thereby creating a synergy between existing and new land uses.

“We have a surprising amount of space in our urban areas,” he said in a recent interview at the annual meeting of the American Planning Association. “We can easily triple the population in our urbanized areas with much of that growth occurring on — of all things — parking lots.

“While accommodating growth we also need to preserve sensitive landscapes and critical open spaces,” Nelson continued.  “I don’t believe there is a place better suited than the Wasatch Front – comprised of the Salt Lake City, Ogden, and Provo metropolitan areas – to demonstrate how this can be done. We have the luxury of being able to reshape the built landscape into one that is sustainable and resilient.”

“Dr. Nelson’s work will help our community plan for its future,” says Brenda Scheer, dean of the College of Architecture + Planning, “and his interests perfectly complement the direction of the college. As our faculty and students emphasize city and metropolitan growth in their academic work, his activities will offer unprecedented access to cutting-edge research, academic study, and model community partnerships.”

Nelson’s expertise has been widely recognized and he is frequently quoted in such media outlets as the Wall Street Journal, CNN, The New York Times, and USA Today. His research has been sponsored by the National Science Foundation, National Academy of Sciences and the Brookings Institution, among many others. He has also authored nearly 20 books and more than 200 scholarly and professional publications.

Nelson was previously the director of the Metropolitan Institute at Virginia Tech. Prior to entering academia, Nelson managed his own West Coast consultancy in planning and management, and continues to provide professional planning services. In 2001, he became a Fellow of the American Institute of Certified Planners and will be one of only four in Utah — along with Salt Lake City’s mayor, Ralph Becker and University of Utah Planning Emeritus Professors Morris Johnson and Eugene Carr. He also served the U.S. Department of Housing and Urban Development as an expert on smart growth and growth management for the Clinton and Bush administrations.