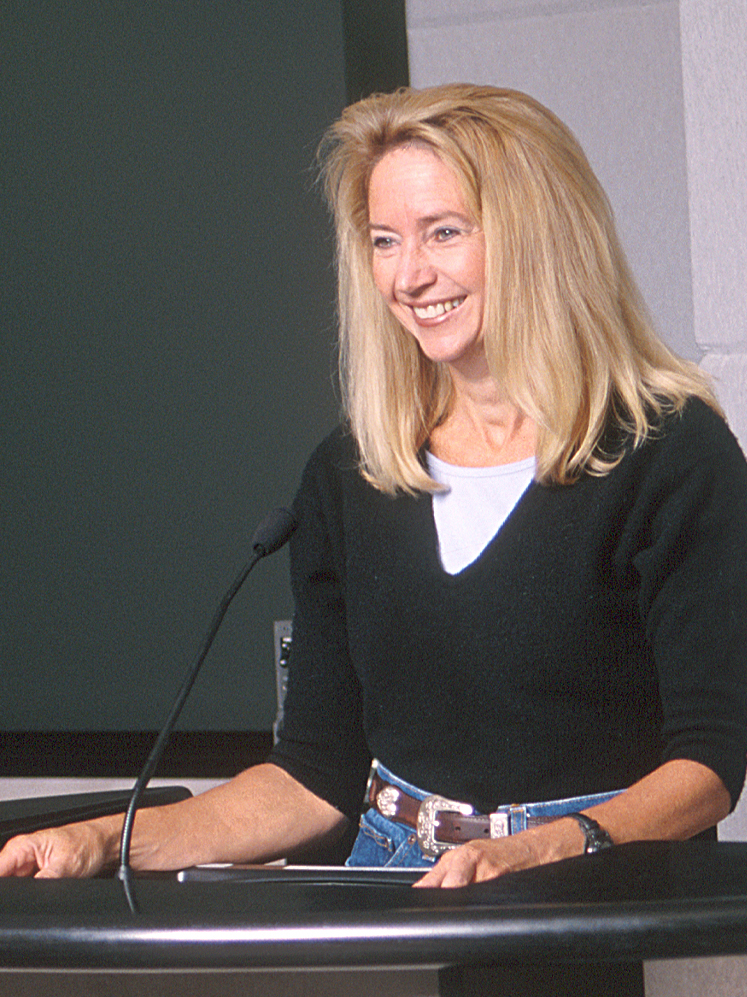 “The ocean is a mysterious living universe critically important to the functioning of the planet,” says Marcia K. McNutt, president and CEO of the Monterey Bay Aquarium Research Institute. McNutt will discuss the correlation between oceans and climate change, and the latest research from the institute during her free public lecture.

As scientific concern grows about global climate change, few people appreciate that two-thirds of the planet is ocean. Climate change forecasts adequately incorporate the ocean’s role in controlling Earth’s climate by moving heat around via ocean currents. But often overlooked is the impact that changing climate will have on the living ocean.

“Carbon dioxide that is released into the atmosphere by burning fossil fuels changes ocean temperature, alters ocean circulation and makes the ocean more acidic. These changes affect the productivity of ocean fisheries and influence how we manage the ocean, but it is ocean acidification, in particular, that may be mankind’s most severe environmental disturbance,” says McNutt.

The oceans now absorb 1 million tons per hour of carbon dioxide released by burning fossil fuels. At this rate, by the end of the century, the world’s oceans will be more acidic than they have been in 25 million years. Scientists believe that animals in the deep sea may have never experienced such acidic conditions during their entire evolution.

About half of the oxygen we breathe comes from plants in the ocean. How much will plant growth be stunted in the acid ocean? Many marine organisms depend on shells made of calcium carbonate for protection. Will any of them survive in the acid ocean?

“Fortunately, the ocean itself can be part of the solution to global warming and ocean acidification. It is a powerful source of renewable energy – if we can learn to use the ocean’s energy rather than fight it,” says McNutt.

For example, a seawall resists wave energy, while a wave turbine converts it to electrical energy without producing carbon dioxide as a byproduct. A number of technologies also can convert ocean tides into energy, and wind-assisted cargo ships use less fuel than conventional ships.

McNutt earned a B.A. degree in physics from Colorado College in Colorado Springs in 1973, and studied geophysics at the Scripps Institution of Oceanography as a National Science Foundation graduate fellow, earning a Ph.D. in Earth sciences in 1978.

Her research ranges from studies of ocean island volcanism in French Polynesia to continental break-up in the western United States. She has participated in 15 major oceanographic expeditions and served as chief scientist on more than half of those voyages. She has published 90 peer-reviewed scientific articles.

McNutt’s honors and awards include membership in the National Academy of Sciences, the American Philosophical Society and the American Academy of Arts and Sciences. In 1988, she won the Macelwane Medal from the American Geophysical Union, presented for outstanding research by a young scientist. McNutt served as president of the American Geophysical Union from 2000 to 2002. She also chaired the President’s Panel on Ocean Exploration, convened by President Clinton to examine the possibility of initiating a major U.S. program in exploring the oceans.