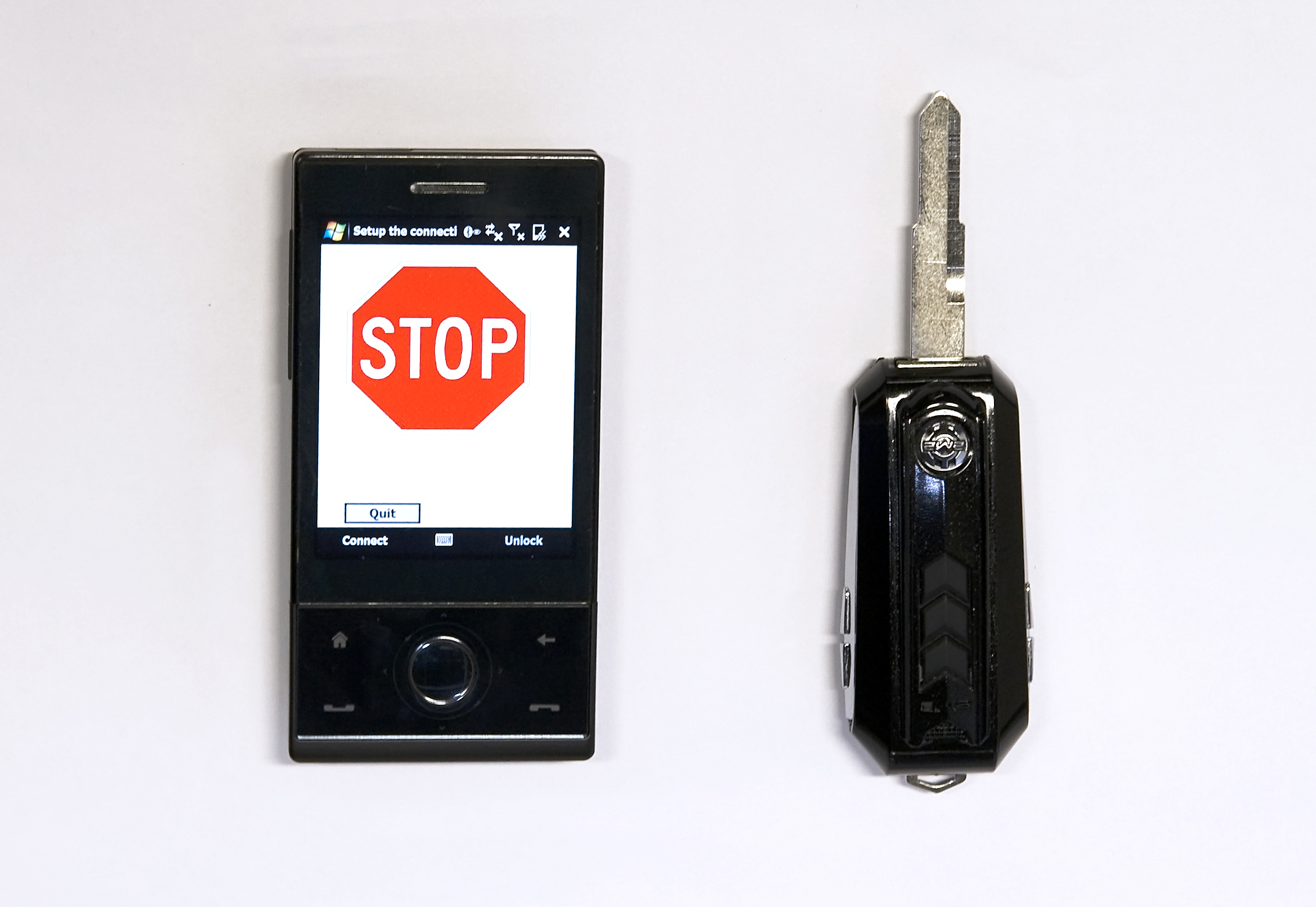 Dec. 11, 2008 – University of Utah researchers have developed an automobile ignition key that prevents teenagers from talking on cell phones or sending text messages while driving.

The university has obtained provisional patents and licensed the invention – Key2SafeDriving – to a private company that hopes to see it on the market within six months at a cost of less than $50 per key plus a yet-undetermined monthly service fee.

“The key to safe driving is to avoid distraction,” says Xuesong Zhou, an assistant professor of civil and environmental engineering who co-invented the system with Wally Curry, a University of Utah graduate now practicing medicine in Hays, Kan. “We want to provide a simple, cost-effective solution to improve driving safety.”

“As a parent, you want to improve driving safety for your teenagers,” he says. “You also want to reduce your insurance costs for your teen drivers. Using our system you can prove that teen drivers are not talking while driving, which can significantly reduce the risk of getting into a car accident.”

If things go as planned, the Key2SafeDriving system won’t be sold directly to consumers by a manufacturer, but instead the technology may be licensed to cell phone service providers to include in their service plans, says Ronn Hartman, managing partner of Accendo LC. The Kaysville, Utah, company provides early stage business consulting and “seed funding.” It has licensed the Key2SafeDriving technology from the University of Utah and is working to manufacture and commercialize it.

Hartman envisions gaining automobile and insurance industry backing so that Key2SafeDriving data on cell phone use (or non-use) while driving can be compiled into a “safety score” and sent monthly to insurance companies, which then would provide discounts to motorists with good scores.  The score also could include data recorded via Global Positioning System (GPS) satellites on the driver’s speeding, rapid braking or running of lights, which are calculated by comparing the driver’s position with a database of maps, speed limits, stop lights and so on.

The system includes a device that encloses a car key – one for each teen driver or family member. The device connects wirelessly with each key user’s cell phone via either Bluetooth or RFID (radio-frequency identification) technologies.

To turn on the engine, the driver must either slide the key out or push a button to release it. Then the device sends a signal to the driver’s cell phone, placing it in “driving mode” and displaying a “stop” sign on the phone’s display screen.

While in driving mode, teen drivers cannot use their cell phones to talk or send text messages, except for calling 911 or other numbers pre-approved by the parents – most likely the parents’ own cell numbers.

Incoming calls and texts are automatically answered with a message saying, “I am driving now. I will call you later when I arrive at the destination safely.”

When the engine is turned off, the driver slides the key back into the device, which sends a “car stopped” signal to the cell phone, returning it to normal communication mode.

The device can’t be “tricked” by turning the phone off and on again because the phone will receive the “driving mode” signal whenever the car key is extended.

Adult drivers cannot text or use a handheld cell phone, but the Key2SafeDriving system does allow them to talk using a hands-free cell phone – even though studies by University of Utah psychologists indicate hands-free phones are just as distracting as handheld phones.

Curry agrees that driving while talking on any cell phone “is not safe,” but he says the inventors have to face the practical issue of whether adults would buy a product to completely block their cell phone use while driving.

Limiting some cell calls by adults “is a step in the right direction,” he says.

Zhou says the goal for adults is to improve safety by encouraging them to reduce the time they spend talking while driving. The encouragement could come in the form of insurance discounts by insurers, who would receive monthly scores from Key2SafeDriving showing how well an adult driver avoided talking while driving.

An Invention is Born

The new invention began with Curry, a Salt Lake City native who graduated from the University of Utah with an accounting degree and premedical training in 1993. He returned from the Medical College of Wisconsin for his surgical residency in urology at University Hospital during 1998-2003. He now is a urologist in Hays, Kan.

His concern with driving-while-talking began because, as a doctor, “the hospital is calling me all the time on my cell phone when I’m driving.”

One day while driving home, he saw a teenage girl texting while driving, making him worry about his 12- and 14-year-old daughters, who are approaching driving age.

“I thought, this is crazy, there has got to be something to stop this, because not only is she putting people at risk, but so was I,” Curry says. “It struck me pretty hard that something should be done.”

Curry’s initial idea was a GPS system to detect a moving cell phone and disable it when it moved at driving speeds. Meanwhile, someone else developed a similar system based on the same idea. But it cannot distinguish if the cell phone user is driving a car or is a passenger in a moving car, bus or train – a problem overcome by Key2SafeDriving.

In early 2008, Curry called Larry Reaveley, a civil engineering professor at the

University of Utah, who suggested Curry contact Zhou, a specialist in “intelligent” transportation systems. Zhou and Curry then came up with the idea of blocking cell phone usage via a vehicle ignition key.

Zhou, a native of Liuzhou, China, joined the University of Utah faculty in early 2007. He received his Ph.D. degree from the University of Maryland in 2004. He has worked for a California company that sold a product that provides traffic information to motorists using GPS satellites.

A short video about Key2SafeDriving may be viewed at:

or downloaded as a Windows Media Player (wmv) file from:

The video and additional information about Key2SafeDriving are available at:

Public inquiries may be directed to:

For more information on the University of Utah College of Engineering, see:
http://www.coe.utah.edu