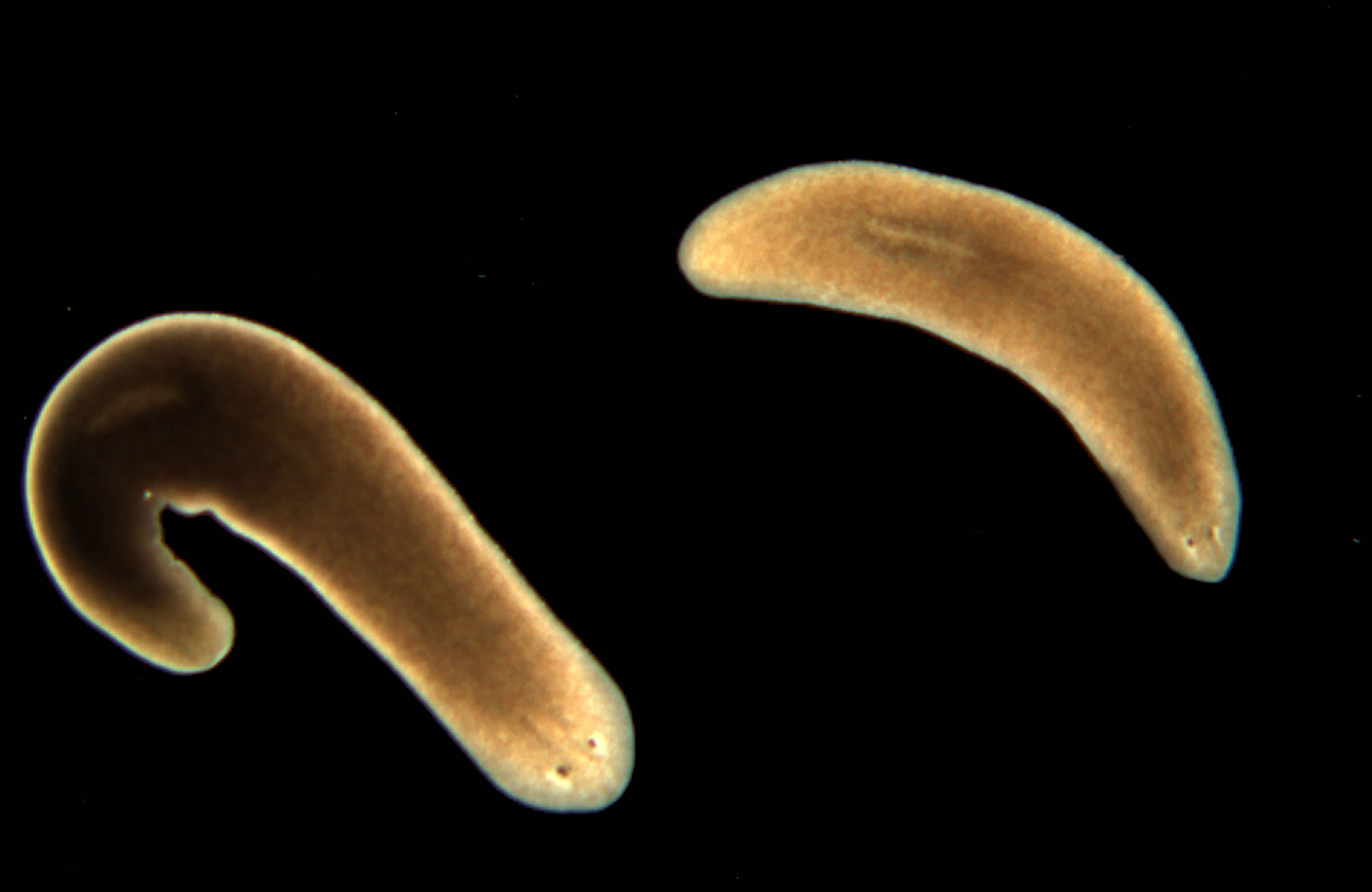 Nov. 24, 2005 – Researchers at the University of Utah have discovered that when a gene called smedwi-2 is silenced in the adult stem cells of planarians, the quarter-inch long worm is unable to carry out a biological process that has mystified scientists for centuries: regeneration.

The study published in the Nov. 25 issue of Science was led by Alejandro Sánchez Alvarado, Ph.D., Howard Hughes Medical Institute investigator and professor of neurobiology and anatomy at the U of U School of Medicine, and carried out by members of his laboratory, in particular Helen Hay Whitney Foundation post-doctoral fellow Peter W. Reddien who is now an Associate Member at the Whitehead Institute for Biomedical Research.

Elimination of smedwi-2 not only leads to an inability to mount a regenerative response after amputation, but also to the eventual demise of unamputated animals along a reproducible series of events, that is, regression of the head tip, curling of the body and tissue disintegration. These defects are very similar to what is observed after the planarian stem cells are destroyed by lethal doses of irradiation. The key difference, however, is that the irradiation-like defects observed in animals devoid of smedwi-2 occur even though the stem cells are still present in the organism

This finding suggests something surprising: the instructions that a daughter stem cell needs to differentiate for regeneration or for maintaining tissue structure begin to be defined at the time of division of its parent cell. “Once the smedwi-2 molecule is eliminated, the animal is destined to die since the functions of the daughter cells are severely compromised” said Sánchez Alvarado. The study follows a landmark work that he and Reddien published last spring in Developmental Cell, in which, using a method of gene silencing called RNA interference (RNAi), the researchers silenced more than 1,000 planarian genes, some of which they identified as essential for regeneration. The Science study focus on one such gene, smedwi-2, and brings a new level of genetic detail to understanding planarian regeneration.

Planarians long have fascinated biologists with their ability to regenerate. A worm sliced in two forms two new worm s; even a fractional part of a planarian will grow into a new worm. Scientists know that planarian stem cells, called neoblasts, are central to regeneration, but their exact role is only now being learned.

When an animal stem cell divides, two daughter cells are formed: one that is another stem cell and a second one that can differentiate into the cells that form bone, tissue, and other parts of an organism. These second types of cells are essential for regeneration or maintaining the form and function of tissues by replacing cells that die, a process called homeostasis. By eliminating smedwi-2, the researchers uncovered a role of this protein in regulating the normal differentiation and function of daughter cells.

The researchers postulated three theories why the worms could not regenerate or maintain cells after smedwi-2 was silenced:

The team found that the stem cells were competent to robustly respond to amputation by significantly increasing their proliferation as well as to home to tissues undergoing homeostasis. But the researchers also found that once the daughter cells reach their target tissues, they were unable to properly differentiate.

“The smedwi-2 molecule is doing something early in the specification of stem cell progeny that modulates their ability to differentiate into the proper cell type,” Sánchez Alvarado said.

How this molecule is modulating stem cells is one of the next steps that he and Reddien are trying to solve. The answer could have far-reaching implications, because genes similar to smedwi-2 are found in plants, animals and human beings.