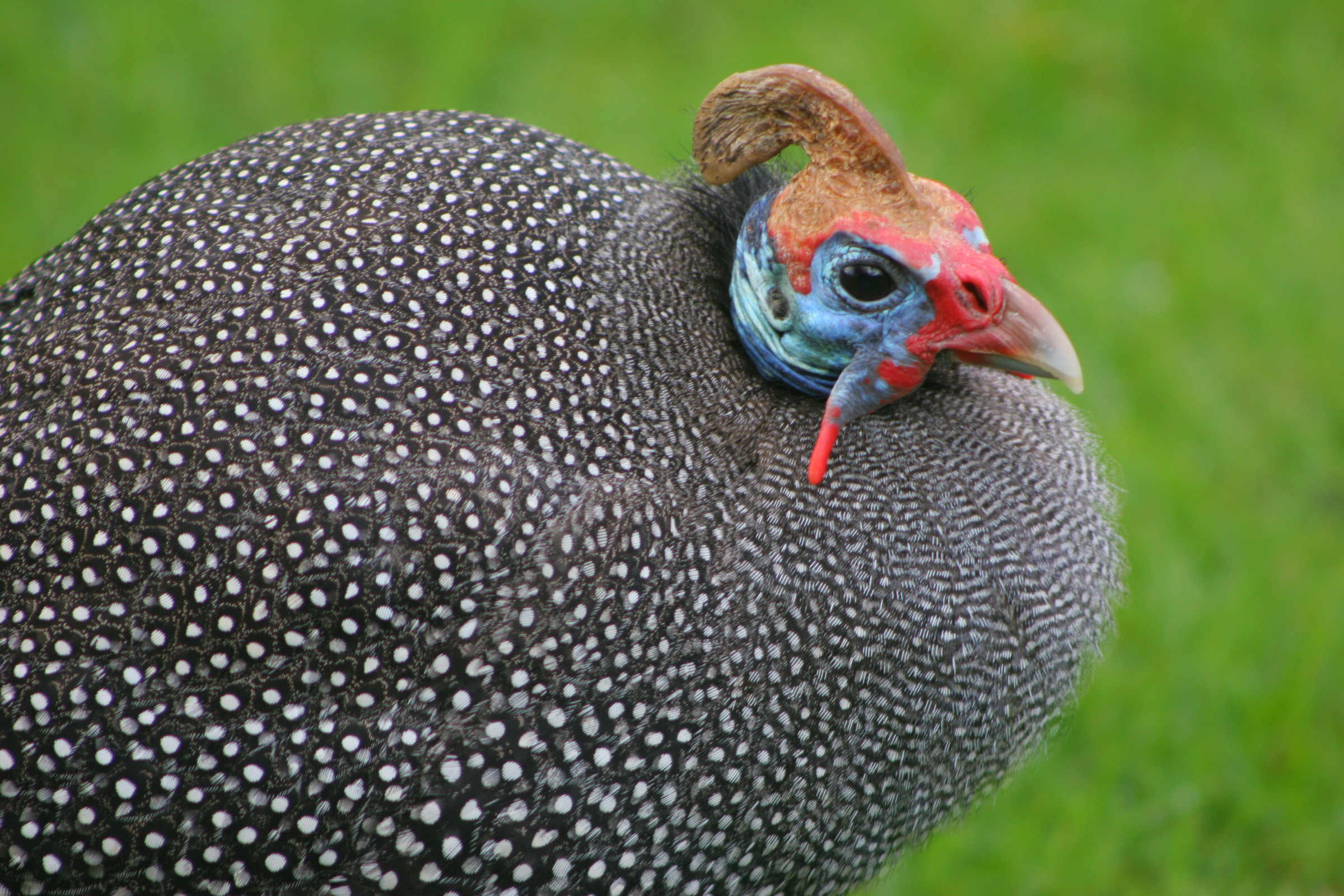 Nov. 30, 2012 – Turkey raises and releases thousands of non-native guineafowl to eat ticks that carry the deadly Crimean-Congo hemorrhagic fever virus. Yet research suggests guineafowl eat few ticks, but carry the parasites on their feathers, possibly spreading the disease they were meant to stop, says a Turkish biologist working at the University of Utah.

“They are introducing a species that is not eating many ticks, based on studies of stomach content, and is carrying the ticks, which are the best conduit for spreading Crimean-Congo hemorrhagic fever,” says Çağan Şekercioğlu (pronounced Cha-awn Shay-care-gee-oh-loo), an assistant professor of biology at the University of Utah.

“They should stop these introductions immediately because there is a risk they may be doing the opposite of what they intended,” says Şekercioğlu, an ornithologist or bird expert and founder of the Turkish environmental group KuzeyDoğa Society. “They want to stop this disease, but they may be helping spread it.”

In a paper, set for publication soon in the journal Trends in Parasitology, Şekercioğlu reviewed existing scientific literature. He concluded that the idea guineafowl eat ticks and thus control disease is based on unconvincing evidence even though it achieved “cult status” after a 1992 study suggesting the birds could control ticks that carry Lyme disease bacteria in the U.S. Northeast, at least on lawns.

Crimean-Congo hemorrhagic fever was identified as an emerging disease in Turkey in 2002. Between then and last May, the tick-borne virus infected 6,392 people in Turkey and killed 322 of them, according to statistics cited by Şekercioğlu.

It was first identified in Crimea in 1944 and then in the Congo in 1969, and now it is found in Eastern and Southern Europe, the Mediterranean region, the Middle East, northwest China, central Asia and the Indian subcontinent, says the U.S. Centers for Disease Control and Prevention.

Cases of the disease did drop in 2011, leading some officials to call the guineafowl program a success. But Şekercioğlu says, “There is no published study in Turkey showing guineafowl are effective.” He cites news reports in which doctors attributed the decline to increased public awareness that prompts patients to get to a hospital faster and obtain better diagnosis and treatment.

Some 300,000 birds, mostly native pheasants and chukars, have been released for a decade in Turkey, potentially to eat the ticks. In 2011 the government started raising thousands of guinea fowl for the same purpose, especially in north-central Turkey, although Şekercioğlu says there is no convincing evidence that any of the birds help control the tick-borne virus.

What little evidence exists came from a 1992 study in New England suggesting guineafowl eat ticks in that region and thus reduce the risk of tick-borne bacteria that cause Lyme disease, he says. That prompted people to start selling guineafowl for tick control, but a 2006 study concluded the 1992 study was unconvincing, Şekercioğlu says.

Nevertheless, Şekercioğlu was told by Turkish officials more than a year ago that they learned about the use of guineafowl to control ticks and started the program to raise and release the birds in Turkey.

Şekercioğlu expressed his doubts, even though at the time he was unaware that guineafowl carried ticks on their feathers.

“I told them I had not seen convincing evidence for this, and that introducing an exotic species in such large quantities without a detailed, controlled study would be dangerous and could have unexpected consequences,” he says.

Şekercioğlu cites a 1993 study that examined 525 guineafowl, yet found only one tick each in the stomachs of four of the birds, and a study in 2006 from South Africa that found that a single guineafowl could carry more than 300 ticks on its feathers, he says.

Şekercioğlu wants the Turkish government to stop introducing guineafowl and also to “conduct a very detailed controlled experiment with a large sample size of guinea fowl’s effect on ticks, comparing them with pheasants and chukars. If pheasants and chukars are as effective as or more effective than guineafowl, then why introduce a species that does not belong to that ecosystem?”

Crimean-Congo hemorrhagic fever in Turkey has been attributed to several possible causes, including changes in land use and hunting practices, movement of livestock, climate change, migratory birds and fragmentation of habitat caused by a decline in agriculture and resulting increase in forest, creating habitats for both domestic and wild animals that carry ticks, Şekercioğlu says.

The disease, caused by Nairovirus, is transmitted to humans by animal blood or ticks, or from an infected human to another human via contact with blood or body fluids, sometimes by contaminated medical equipment.

According to the CDC, initial symptoms include high fever, headache, back pain, joint pain, stomach pain and vomiting. Common symptoms include red eyes, a flushed face, a red throat and red spots on the palate. More severe symptoms include jaundice and mood and sensory perception changes. From about day four and for two weeks, patients have large bruised areas and serious nosebleeds. Recovery is slow; the existence of long-term complications is uncertain. Outbreaks of the viral disease have led to death rates ranging from 9 percent to 50 percent among hospitalized patients.