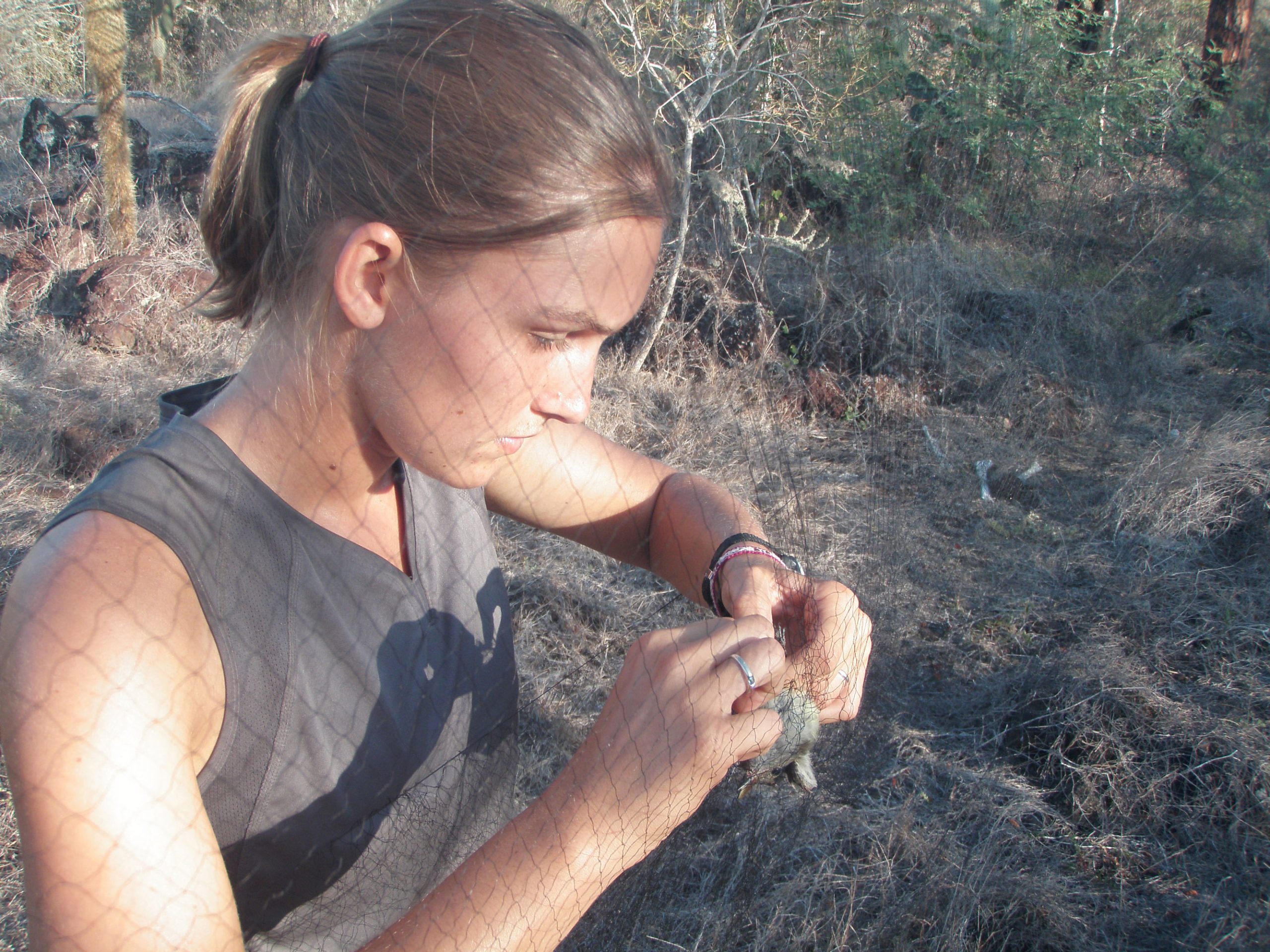 Jan. 5, 2010 – Unlike Hawaii and other island groups, no native bird has gone extinct in the Galapagos Islands, although some are in danger. But University of Utah biologists found that finches – the birds Darwin studied – develop antibodies against two parasites that moved to the Galapagos, suggesting the birds can fight the alien invaders.

With the discovery that the medium ground finches produce antibodies aimed specifically at the parasites – a pox virus and a nest fly – “the next step is to determine if this immune response is helping the birds or hurting the birds,” says University of Utah biology Professor Dale Clayton, who led the new study.

One cannot assume the immune response will help because antibodies also can be involved in autoimmune diseases and allergy symptoms.

Nevertheless the new study is significant because “these finches are icons of evolution, and the icons are in danger of extinction,” Clayton says. “Are they sitting ducks? Are they sitting finches? To answer that, the first question is, does the immune system recognize the parasites? And this study shows, yes it does.”

The study will be published online Wednesday, Jan 6. in PLoS ONE, a journal of the Public Library of Science.

Clayton says a key finding is that “wild species can respond to invasive parasites with which they have no history of association. The immune system has been activated.”

Development of antibodies “shows the birds may have the ability to fight back,” says Jen Koop, a University of Utah doctoral candidate and study coauthor.

Koop and Clayton say that, to their knowledge, the study is the first to show a wild bird species produces antibodies aimed specifically at different classes of parasites.

Earlier studies found immune responses by birds injected with a foreign substance, but those responses are general, not specific to a real parasite, Clayton adds.

Clayton and Koop conducted the study with first author Sarah Huber, a former University of Utah postdoctoral researcher and now an assistant professor at Randolph-Macon College in Virginia. Other coauthors were entomologist Jeb Owen and zoologist Marisa King of Washington State University; and Princeton University evolutionary biologists and 2009 Kyoto Prize winners Peter and Rosemary Grant, who have studied Galapagos finches for decades.

The new study was funded primarily by the National Science Foundation.

A Tale of Two Parasites

The study involved two parasites that invaded the Galapagos Islands, off the coast of Ecuador. One is the pox virus, Poxvirus avium. Koop says it “creates lesions on non-feathered parts of a bird – around the bill, eyes, legs and feet. Toes and feet can fall off.”

The study’s main focus was the other parasite, the nest fly, Philornis downsi, which was introduced to the Galapagos as early as 1964. The fly larvae infest finch nests and attack featherless skin, impairing the growth of nestling birds and even killing them.

“The flies can create open sores on nestlings, and decrease survival,” Koop says.

There are 15 species of finches in the Galapagos. All evolved from a common ancestor. Darwin observed changes in their beaks and other features over time, so “they figured prominently in his thinking about how new species evolve,” Clayton says.

The Galapagos is “the most famous group of islands that hasn’t had any native birds go extinct yet,” Clayton says. “Many of the native species in Hawaii, for example, have gone extinct because of humans,” who introduced mosquitoes with malaria as well as predators such as cats and rats, destroyed habitat and hunted birds for feathers.

No native birds have yet gone extinct in the Galapagos because “there were few people living there until the mid-1800s,” he adds. That may change with the introduction of nest flies from elsewhere in South America and of mosquitoes that carry the pox virus.

The new study and ongoing work aim to determine whether “the birds are able to fight back, do they have defenses, or have they just been blindsided because they have no evolutionary history with these parasites,” Clayton says.

The Study and Its Findings

The researchers collected ground finches in 2008 at two Galapagos islands about 5 miles apart: Isla Daphne Major and at El Garrapatero on Isla Santa Cruz. Nest flies were found on both islands, but pox virus was found only on Daphne Major.

The birds were captured using nets and baited live-animal traps. Before release, each bird was fitted with leg bands for future identification.

On Daphne Major, the Grants, Huber and Koop captured 30 finches and noted whether the birds had pox sores or signs of prior pox infection, like scarring or lost toes.

On Santa Cruz, they examined finches before and during nesting, which is when the birds are exposed to fly larvae that infest their nests. They captured 37 birds exposed to nest fly larvae, and 76 that were not. They found 96 percent of nests were infested.

On both islands, the researchers collected a small blood sample from a wing vein in each bird. They used what are known as ELISA tests to check the finches’ blood for antibodies to both the pox virus and nest flies. Study coauthors King and Owen developed a way to use the method to test for finch antibodies to both parasites.

“This study develops a tool that can be used to survey the rest of the Galapagos to determine which populations of birds have been exposed to the parasites and which have not been exposed,” says Clayton. “The tool could be used to see if birds on some islands are better than birds on others at fending off the parasites.”

When parasites invade a “naïve” population, “the question is can the host evolve defenses fast enough,” Clayton says. “It’s what we call in evolutionary biology an arms race between the host and the parasite.”

It is unlikely the finches already evolved defenses to the pox virus and nest fly, but for yet-unknown reasons, they “have genetic diversity that lets them mount immune responses to parasites, including ones they haven’t seen before,” he adds.

Koop now is studying whether the finches’ immune response helps them or makes them feel ill and less likely to mate, feed chicks, watch for predators and defend territory.

Clayton says such research is urgently needed “because in theory these flies could lead to rapid extinction of bird species” – and not just finches – in the Galapagos.

“Species have long histories of evolving together,” says Clayton. “This can lead to a balance. The parasites use hosts but don’t drive them extinct because the hosts fight back. But if you pick up a parasite from one spot on Earth and drop it on another spot – something people are doing frequently – then the host animal may not have a chance. There are lots of invasive parasites. This is a big problem worldwide.”