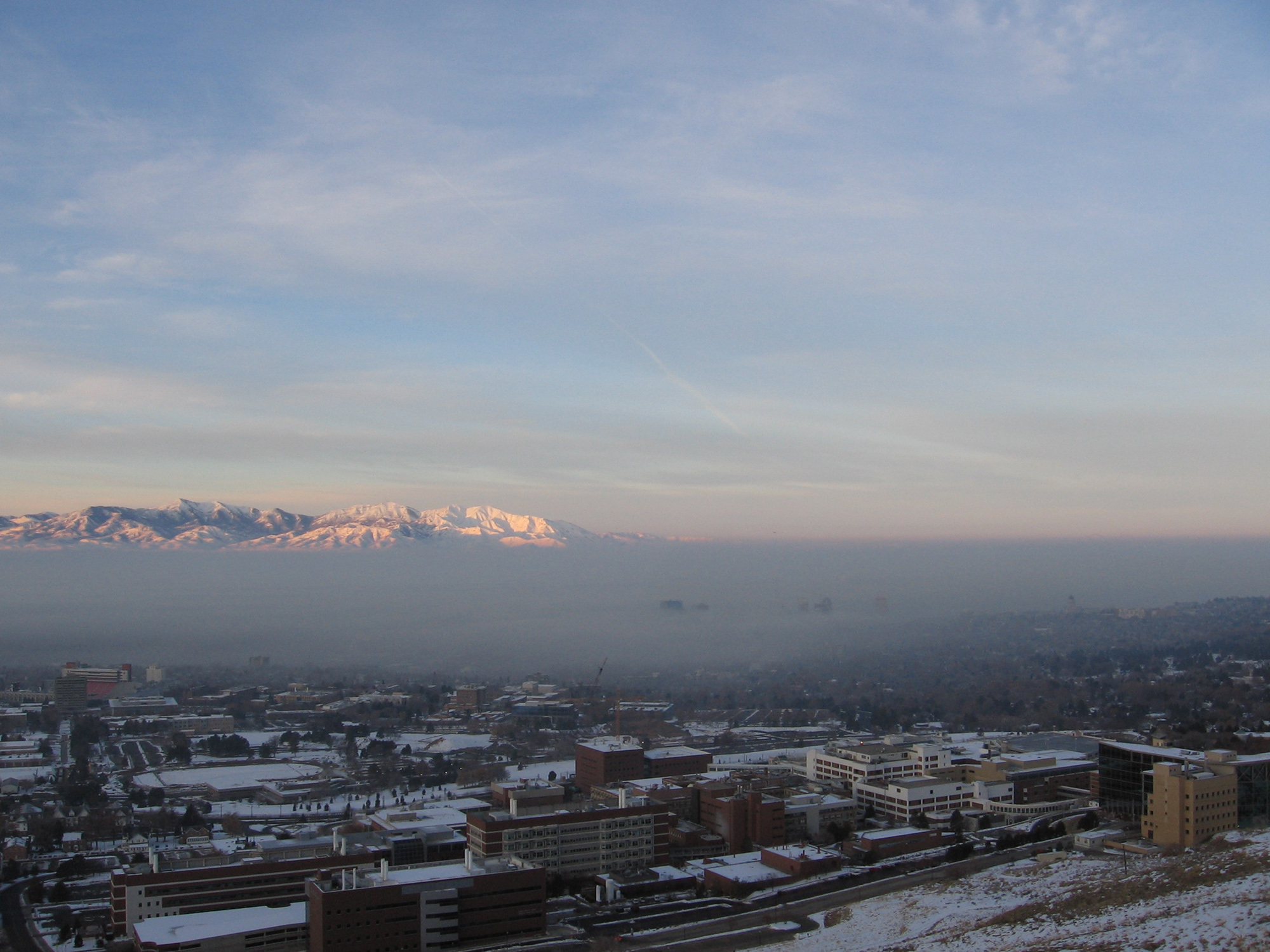 Feb. 2, 2010 – At times this winter, the greater Salt Lake City area has harbored the most polluted air in the United States. Now, researchers from the University of Utah and other institutions are starting a three-year, $1.3 million study to better understand the winter weather “inversion” conditions frequently associated with poor air quality.

It will be the largest field study of atmospheric conditions in Utah in a decade, says John Horel, a University of Utah atmospheric sciences professor and one of three co-principal investigators for the project.

Funding for the study gained final approval from the National Science Foundation just as Salt Lake and other cities at the base of the Wasatch Range have endured repeated, pollutant-trapping inversions or “cold-air pools,” giving the region the nation’s worst air quality on some recent days, according to the U.S. Environmental Protection Agency.

“We suffered from poor air quality for the latter part of December and most of January,” Horel says. “This study is going to identify the weather that contributes to the development, maintenance and breakup of these inversions.”

“Residents are all too familiar with the cold-air pools that often persist for days in the Salt Lake Valley during winter,” says David Whiteman, lead scientist and co-principal investigator for the new study, and a research professor of atmospheric sciences at the University of Utah.

“A good snow storm followed by clear skies sets up the event,” he adds. “That leads to cold temperatures persisting near the surface while temperatures aloft become much warmer. Normally, air temperatures in the afternoon decrease with height away from the surface, and that allows pollutants to be mixed vertically and carried over the mountains away from the Wasatch Front. But, when one of these cold-air pools sets up, pollutants become trapped within the valley as there is less vertical mixing.”

Such inversions are made worse because “fog and low clouds often form within the cold-air pool, which affects the air pollution chemistry, besides leading to reduced visibility on roads and flight delays at the Salt Lake City International Airport,” Whiteman says.

Living in Mucky Air – in Utah and Elsewhere

The money will support collecting observations, analyzing the data and using “models” of the atmosphere to simulate the temperature and wind patterns during cold-air-pool events in the Salt Lake Valley.

“The formation, maintenance and breakup of these cold-air pools are a challenge to simulate well because the winds are light, and subtle variations are found in temperature and moisture spatially within the valley as well as vertically,” says Sharon Zhong, the study’s third co-principal investigator and an associate professor of geography at Michigan State University.

Horel expects more than 50 scientists and students will participate directly in the study, including some from other University of Utah departments such as biology, geology and mechanical engineering, and from Utah State University, Brigham Young University, other universities and state and federal agencies. The project also will involve staff from federal, state and local agencies, commercial firms, groups interested in air quality in the Salt Lake Valley, and the public.

From now until December, the researchers “will be examining past cold-air-pool episodes, including this winter’s,” and deciding where to place monitoring equipment in the Salt Lake Valley, Horel says.

“Students also will be developing some instrumentation to deploy on vehicles this spring and summer,” he adds. “Students in the plains states chase storms. We’ll be chasing cold pools.”

The cornerstone of the project is field work planned for December 2010 through early February 2011 and referred to as the Persistent Cold-Air Pool Study (PCAPS).

During that key portion of the study, scientists from the National Center for Atmospheric Research will set up and monitor state-of-the-art instruments.

“It’s taken us three tries to obtain the funding from the National Science Foundation for the NCAR team to come to the Salt Lake Valley,” Horel says. “The NCAR equipment and scientists are in high demand to support field projects.”

“We were very fortunate to have them participate in the Vertical Transport and Mixing Experiment (VTMX), a Department of Energy funded field project, in the Salt Lake Valley during fall 2000,” he adds. “That’s the last time an atmospheric research field project of this scope has taken place within the state.”

VTMX analyzed and simulated stable air conditions in autumn that are similar to, but weaker than, the wintertime inversion conditions in the new study.

During the new study’s field campaign, NCAR’s instruments will record continuously vertical profiles of wind, temperature and moisture at key locations in the Salt Lake Valley, as well as atmospheric conditions near the surface at many more sites.

Additional instruments belonging to the University of Utah will be deployed to supplement the existing surface-weather observing stations installed and maintained by many federal, state and local agencies, as well as commercial firms and the public. The university’s researchers have collected observations from these permanent observing stations for many years and made them available for research, education and public safety uses as part of MesoWest: http://mesowest.utah.edu

Some 30 undergraduate and graduate atmospheric sciences students at the University of Utah will be heavily involved in the planning and conduct of the research program.

“We are offering a special course this spring in which the students are helping with some of the legwork to identify sites for the field equipment and conduct mini-data collection efforts related to the study,” Horel says.

Horel says the research team plans to use “the Internet and social networking tools such as Facebook to involve the public in the field project. Photos and videos from different locations around the valley can be invaluable to document the movement of the pollutants and clouds within the valley.”

“Our project certainly is not going to answer all the questions about our poor air-quality episodes during winter in the Salt Lake Valley,” Whiteman says. “We hope to begin to address the consequences of these [inversion] processes on air pollution transport within the valley, and to determine how meteorological models can be improved to provide more accurate simulations of them.”