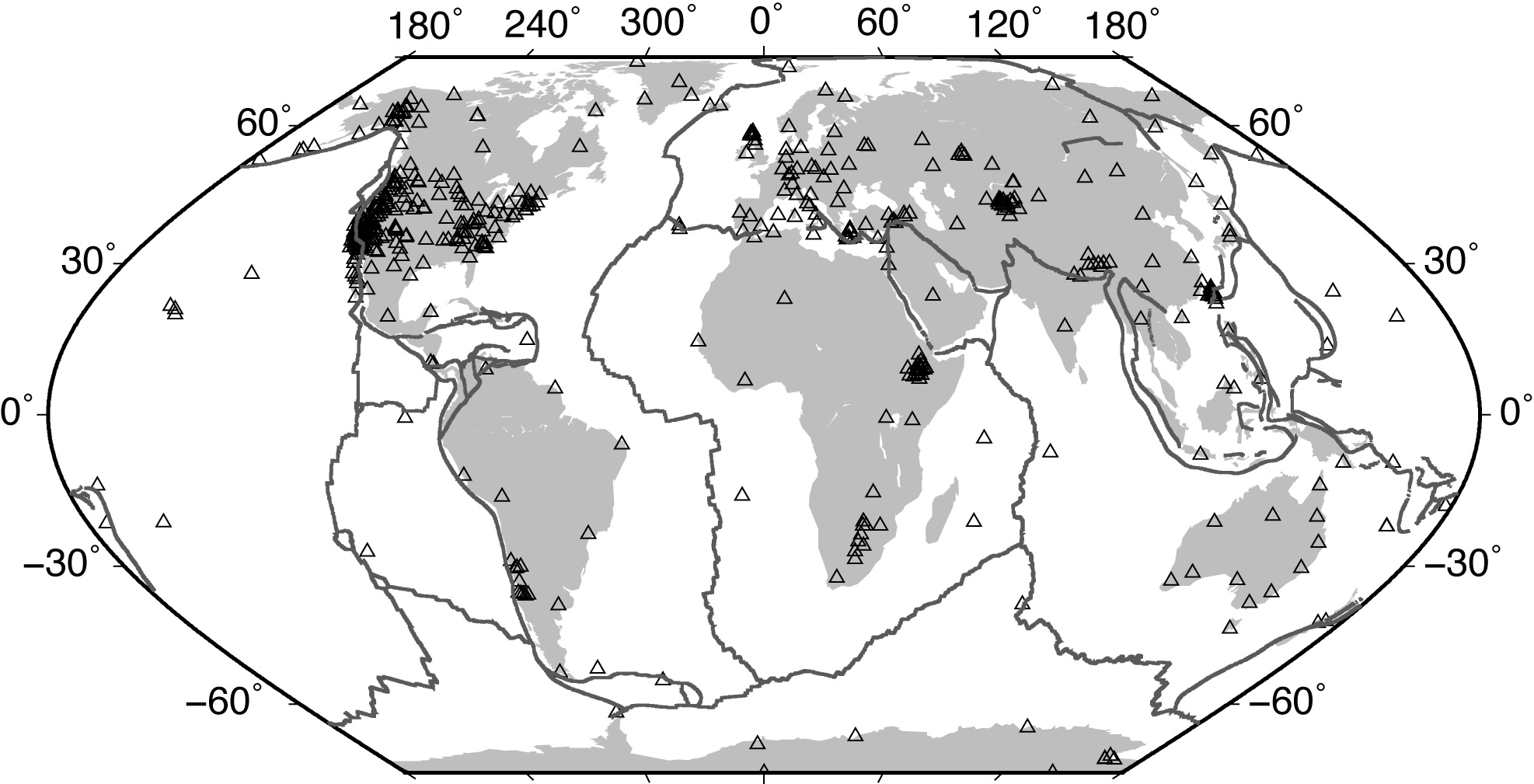 May 25, 2008 – Until 1992, when California’s magnitude-7.3 Landers earthquake set off small jolts as far away as Yellowstone National Park, scientists did not believe large earthquakes sparked smaller tremors at distant locations. Now, a definitive study shows large earthquakes routinely trigger smaller jolts worldwide, including on the opposite side of the planet and in areas not prone to quakes.

“Previously it was thought seismically active regions or geothermal areas were most vulnerable to large earthquake triggers,” says Kris Pankow, a seismologist at the University of Utah Seismograph Stations and a co-author of the new study.

But Pankow and colleagues analyzed 15 major earthquakes stronger than magnitude-7.0 since 1992, and found that at least 12 of them triggered small quakes hundreds and even thousands of miles away, according to the findings published online Sunday, May 25, 2008 in the journal Nature Geoscience.

“We conclude that dynamic triggering is a ubiquitous phenomenon,” they wrote.

Pankow conducted the study with seismologist Aaron Velasco and undergraduate student Stephen Hernandez, both at the University of Texas at El Paso; and seismologist Tom Parsons, of U.S. Geological Survey in Menlo Park, Calif.

They analyzed data from more than 500 seismic recording stations five hours before and five hours after earthquakes that registered more than 7.0 on the “moment magnitude” scale, which scientists say is the most accurate scale for large earthquakes. (The frequently cited Richter scale measures only relatively small, nearby quakes).

The data – obtained from the Incorporated Research Institutions for Seismology, a consortium of universities – included 15 major earthquakes from 1992 through 2006, including the 1992 Landers quake in California 800 miles southwest of Yellowstone, the magnitude-7.9 Denali fault quake in Alaska in 2002, and the magnitude-9.2 Sumatra-Andaman Islands quake near Indonesia in 2004 that generated a catastrophic tsunami blamed for most of the quake’s 227,898 deaths in South Asia and East Africa.

Scientists previously noted that those three major quakes triggered not only nearby aftershocks, but small quakes at great distances. The new study is the first to systematically analyze all the world’s big quakes during 1992-2006 and find that most of them triggered distant, smaller tremors. These are different than aftershocks, which occur fairly close to the main quake. After the devastating 2004 Sumatra earthquake, triggered quakes even occurred in Ecuador, on the opposite side of the Earth.

When an earthquake begins, energy is released in the form of shock waves that move through the ground. The first waves are called P or pressure waves, which move at high speed with an up-and-down motion. The next waves are S or shear waves. These move from side to side, causing much damage from an earthquake. The next waves are two types of surface waves: Love waves move in a shearing fashion, followed by Rayleigh waves, which have a rolling motion.

Pankow and colleagues showed that magnitude-4 or smaller seismic events often are triggered when either Love or Rayleigh waves from a major quake pass a given point.

“We can recognize the different kinds of waves as they pass and can filter out everything except the small seismic events, which are presumed to be local small earthquakes,” says Pankow.

There are about 600 small seismic events around the Earth every five minutes. For five hours after the arrival of Love waves from a major quake, the researchers saw a 37 percent increase in the number of small quakes worldwide. And when Rayleigh waves from the same large quake followed the Love waves, the number of small quakes worldwide shot up by 60 percent during the five hours after the major quake.

“It is interesting that Rayleigh and Love waves, two very different types of surface waves, are both able to trigger these events,” says Pankow.

Only the Hector Mine, Siberia, and Kuril Islands quakes did not show triggering events in the study. But it is known from previous studies that the Hector Mine earthquake indeed triggered smaller quakes near California’s Salton Sea. Those were not included in the study, because they were within about 680 miles of the main shock’s epicenter. Researchers excluded triggered quakes within that distance to avoid counting aftershocks in the same category as more distant triggered quakes.

How do the surface waves trigger small earthquakes at distant locations?

“The physical mechanism is not known,” says Pankow. “It has been proposed that the passage of the waves may change the water flow in a fault, possibly increasing the number of conduits that water can flow through which could cause the fault to slip.”

Other theories are that surface waves may increase the strain on a fault, or loosen a fault so that it prematurely breaks or slides, she adds.

The study was funded by the United States Geological Survey and the National Science Foundation, Pankow says.