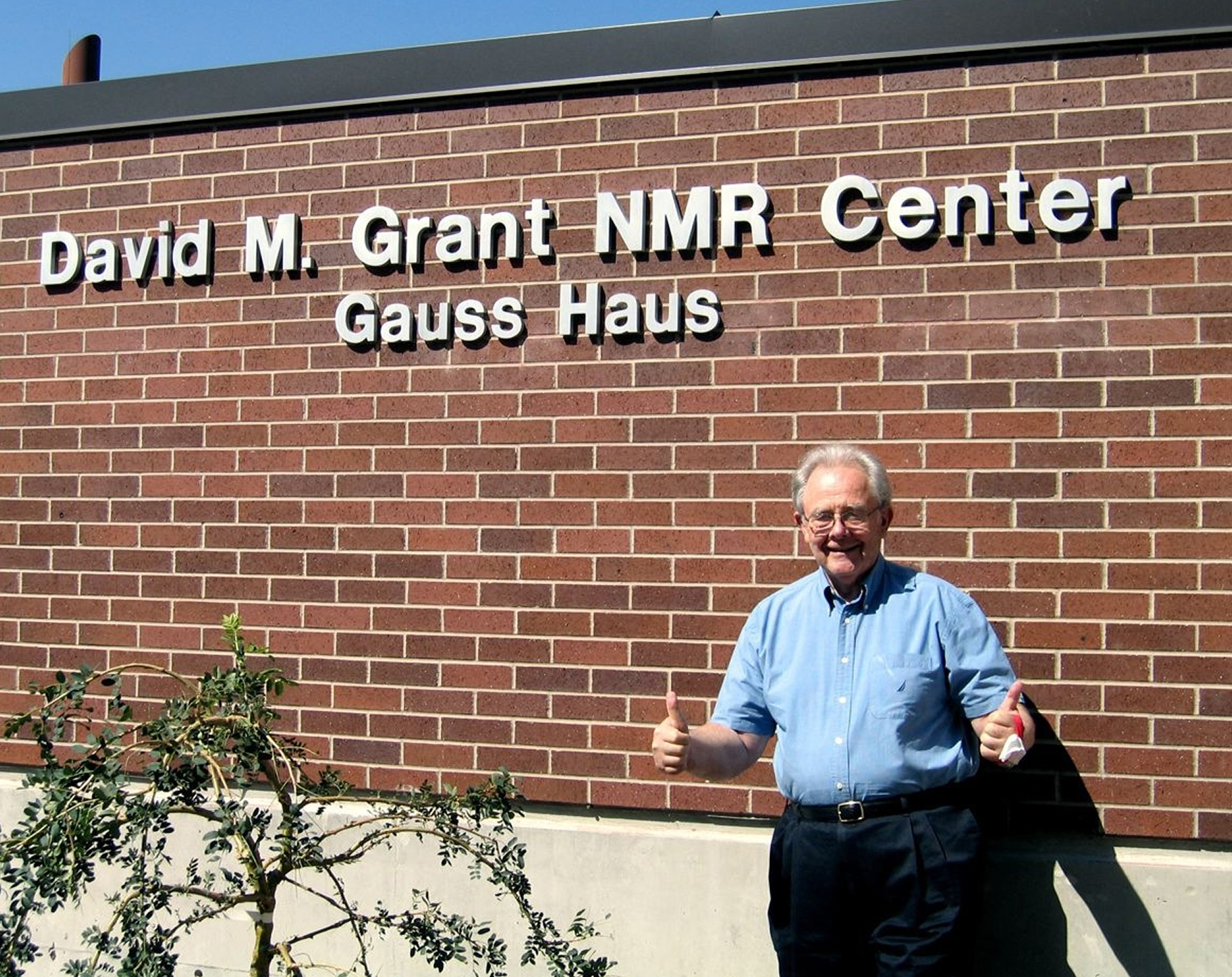 Sept. 6, 2006 — Magnets strong enough to stop a heart pacemaker, wreck credit cards and yank tools from your hands will be used to probe the structure of big molecules in a $14 million facility that will be unveiled Friday, Sept. 8 at the University of Utah.

And when the university raises another $5 million, the center eventually could house a 900-megahertz magnet – at least 318,000 times stronger than the planet’s magnetic field – that would be among the most powerful magnets in the world used for NMR research.

“The David M. Grant NMR Center is wonderful for the University of Utah,” says university President Michael K. Young. “It will be used by scientists from across our campus to reveal the structure and makeup of molecules, especially large molecules that can be analyzed only by powerful magnets. This new research center will be used by researchers in biology, medicine, biochemistry, chemistry, geology, chemical engineering, physics, materials science and other fields.”

A dedication and ribbon-cutting for the center will be held at 1 p.m. Friday, Sept. 8 on the outdoor plaza between the two wings of the Henry Eyring Chemistry Building. The center is attached to the plaza. The public and news media are invited.

Guided tours will be given. The building requires finishing touches, so faculty and the chemistry department’s existing NMR spectrometers will move into the building after Oct. 2. But the devices will be available for viewing in the Henry Eyring Building.

Cost and Construction of the NMR Center

Construction of the new facility began during the summer of 2005. The building cost $7,567,700, split by the National Institutes of Health and the University of Utah.

Some $4 million worth of existing NMR spectrometers – with strengths ranging from 100 to 600 megahertz – will be moved into the new center from the chemistry department. Also, “the university is committed to purchasing an 800-megahertz NMR spectrometer within one or two years at a cost of $2 million or more,” Pugmire says.

That will bring the total value of the new building, existing NMR devices and the powerful 800-megahertz NMR spectrometer to about $14 million.

Pugmire says the university hopes to raise another $5 million for a 900-megahertz NMR spectrometer in two to three years. That device would have one of the strongest “persistent” magnets – those with a constant magnetic field – now used for research. The strongest are about 940 megahertz. (Much stronger magnets exist, but are not constant. They are “pulsed” to extreme magnetic field strengths for a few thousandths of a second.)

To work, the cylinder-shaped magnets are chilled with liquid helium and liquid nitrogen to extremely low temperatures of about 452 degrees below zero Fahrenheit.

Pugmire says the “very powerful magnets” in the new center could cause a cardiac pacemaker to malfunction or stop, erase information from the magnetic data strip on credit cards, and yank metal objects from a person’s hands.

For that reason, the magnets will be installed on the restricted underground level of the two-level, 24,000-square-foot building. The upper level contains six chemistry laboratories and 23 offices for faculty and students.

Armentrout says the new center “will form the region’s strongest focal point of NMR research devoted to problems in a variety of fields.”

What is NMR Spectroscopy?

Research scientists at MIT and Stanford first developed nuclear magnetic resonance spectroscopy in 1946. NMR is a phenomenon that occurs when the nuclei of certain atoms are aligned by a stable magnetic field and then exposed to pulses of FM radio waves that generate a second, oscillating magnetic field.

The technique helps scientists determine the arrangement of atoms within a molecule. That, in turn, identifies the molecule, its structure and chemical characteristics.

An excellent analogy for NMR is a child’s toy top. If the top is not spinning and you stand it on its tip, it falls over due to Earth’s gravity. If you spin the top, it does not fall over, but wobbles in a circular fashion. The scientific word for this wobble is “precession,” and the spinning of the top gives it “angular momentum.”

The quest for higher magnetic strength is important because the stronger the magnet, the bigger the molecule that can be studied using NMR spectroscopy. The 800- and 900-megahertz spectrometers to be housed in the Grant NMR Center will permit University of Utah scientists to study larger molecules than ever before.

The Man behind the Name

The new center, nicknamed the Gauss Haus, is formally named for Grant, a U professor who is a world leader in NMR spectroscopy

Grant, 75, earned his bachelor’s and doctorate degrees in chemistry at the U in 1954 and 1957, respectively. After working a year at the University of Illinois, Grant returned to Utah and joined the chemistry faculty in 1958 as an assistant professor.

By 1962, Grant became chemistry department chair and helped convince the Utah Legislature to authorize planning for new chemistry facilities. Grant oversaw construction of the Henry Eyring Building, which opened in 1968, and then launched a vigorous campaign to hire new faculty. He served as dean of the College of Science from 1976 to 1985, and was named a distinguished professor of chemistry in 1985.

Grant is recognized as an outstanding teacher, and has directed the research of 51 Ph.D. graduates. He has published more than 400 papers and served as editor-in-chief of the John Wiley & Sons definitive, nine-volume “Encyclopedia of NMR.”