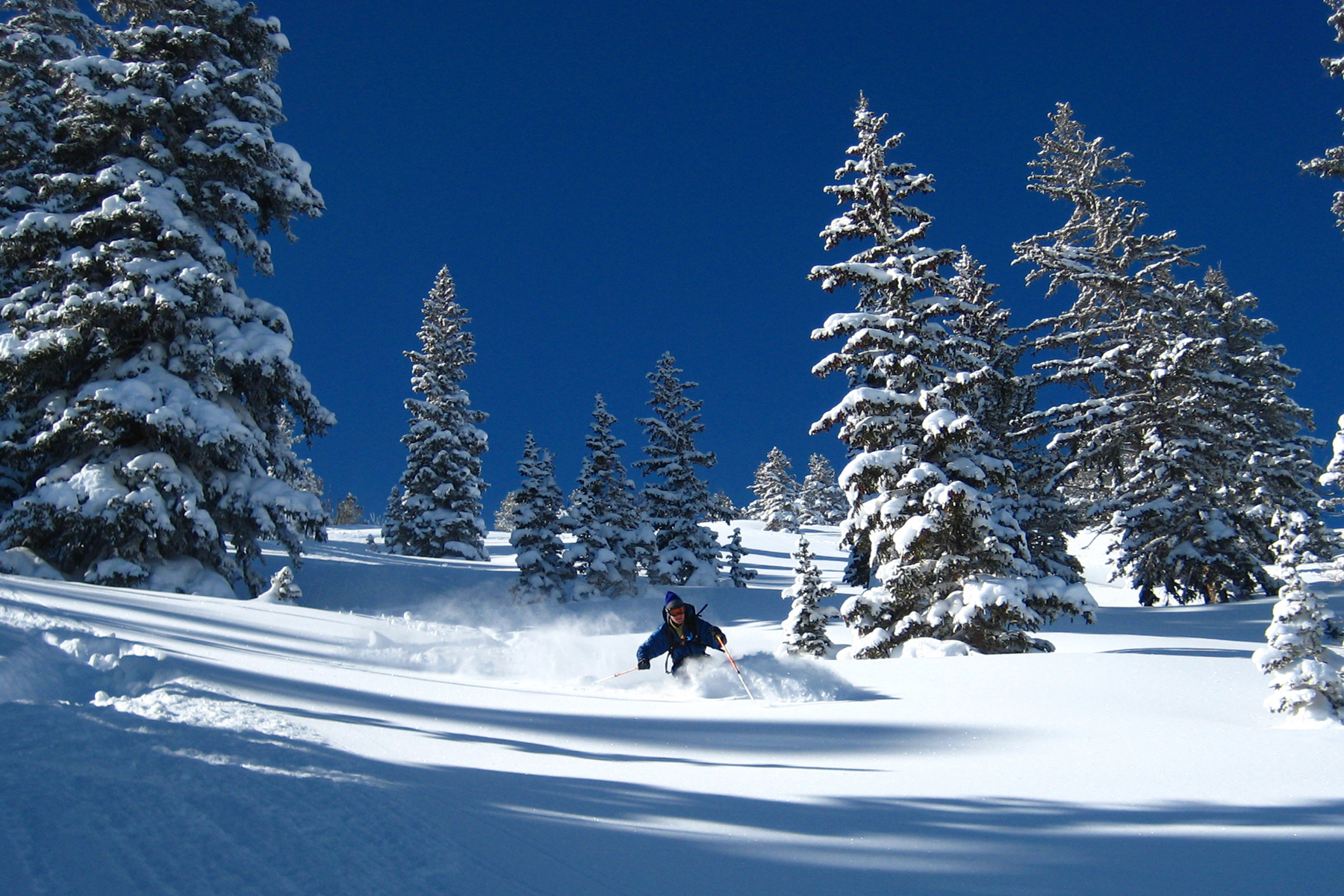 Feb. 22, 2010 – University of Utah scientists developed an easier way for meteorologists to predict snowfall amounts and density – fluffy powder or wet cement. The method has been adopted by the National Weather Service for use throughout Utah – and could be adjusted for use anywhere.

Based on a study of 457 winter storms during eight years at 9,644 feet in the Wasatch Range at Utah’s Alta Ski Area, the researchers determined that forecasters could predict snowfall density – known as snow-to-liquid ratio (SLR) – most accurately using only two variables: temperatures and wind speeds at mountain crest level.

The American Meteorological Society is publishing the study in the February issue of its journal Weather and Forecasting.

“We’ve developed a formula that predicts the water content of snow as a function of temperature and wind speed,” says the study’s senior author, Jim Steenburgh, professor and chair of atmospheric sciences at the University of Utah.

“This is about improving snowfall amount forecasts – how much snow is going to fall,” says Steenburgh. “As a nice side benefit for the ski community, this will tell you whether you’re going to get powder or concrete when it snows. We are working on incorporating this into the UtahSkiWeather.com website” run by the university.

The new method “is also helpful to avalanche forecasters,” says the study’s first author, Trevor Alcott, a doctoral student in atmospheric sciences. “We’re forecasting snow density, which is related to the stability of freshly fallen snow.”

A Better Handle on Snowfall, Skiing and Avalanche Conditions

“Forecasters really like it because it gives us a more realistic depiction of how snow density will vary across the Wasatch Range and with elevation,” he says. “Instead of anticipating a singular density of snow or fluffiness of the snow over the Wasatch, Trevor’s and Jim’s tool has allowed us to have different snowfall densities in our forecasts for different areas based on forecasts of [crest-level] temperature and wind.”

“We’ve always had some insight into the difference between a real powder day versus a really wet snowfall event,” Graham adds. “What this tool has enabled us to do is to better differentiate how dense the snow is going to be over an area with really complex terrain – the state in general, but in particular the Wasatch Range.”

Bruce Tremper, director of the Utah Avalanche Center, isn’t familiar with the new method, but says predicting “new snow density is a very important factor in avalanche forecasting. If low-density snow falls first – light powdery snow – then heavy, wetter snow falls on top, it instantly creates a slab of ‘upside-down snow’ as we sometimes call it. These slabs can easily be triggered by people.”

Resorts “really care about the water equivalent of the snow,” Graham says. “It’s really important to them. Powder is better. And it’s important for them to know what kind of avalanche [prevention] work they’re going to have to do.”

Alcott, an NWS intern, extended the technique so it can be used throughout Utah, and says the agency’s Elko, Nev., office may use the method to improve forecasts. It could be extended to other regions by making local snow measurements in different locations and using them to devise predictive formulas for snow density.

Graham says the method “is a really good example of taking a complex problem, boiling it down to the most important variables to describe the problem, and then coming up with a technique that can be applied in operational forecasting.”

The study was funded by the National Weather Service, its parent agency, the National Oceanic and Atmospheric Administration, and the National Science Foundation.

Meteorologists predict how much water a storm will produce and translate that to snowfall based on predicted snowfall density, which is the snow-to-liquid ratio (SLR) – the ratio of the depth of new snowfall to the depth of water from melting that snow. SLR reflects how powdery or wet and heavy the snow will be.

“The best way to think of it is how much does an inch of water translate to in terms of inches of snowfall? So a snow-to-liquid ratio of 5-to-1 means 5 inches of snow for every inch of water, or a water content of 20 percent,” says Steenburgh.

Steenburgh says the driest snows ever recorded had SLRs of 100 in Japan and Colorado. Alcott says the record high 24-hour SLR at Alta – known for its powder – is 50.

To devise their method, Alcott and Steenburgh studied the relationship between measured snow density or SLR and various recorded atmospheric measurements at a single site at Alta, named the Collins Snow Study Plot.

Steenburgh says he and Alcott chose to study that site “because Alta gets a ton of snow [almost 43 feet annually]. You get as many samples in Alta in one year as you get in Salt Lake City in 10 years.” In other words, Alta provided numerous snowstorms that could be analyzed and used to develop a formula for predicting snow density.

Alcott and Steenburgh analyzed temperatures, wind speeds and other factors such as relative humidity for 457 “snow events” or storms at Alta during November through April of 1999 through 2007.

The depth of new snow was divided by the depth of water measured by a rain gauge to determine actual snow density and see what variables best correlated with it.

The study showed that only two variables – crest-level wind speeds and temperatures – were most critical in predicting snow densities. In fact, for all the storms studied during 1999-2007, those two variables alone explained 57 percent of the variance in snow density. And for large, wet storms, crest-level wind speed and temperature explained 73 percent of the variance in the snow density or SLR.

That means that much of the storm-to-storm difference in whether new snow is powdery or wet can be predicted by the new technique.

“It’s the KISS method – keep it simple, stupid,” Steenburgh says. “How much can we strip down the number of variables analyzed and get a good result?”

He says the new technique “does a good job of predicting how the snow density changes from storm to storm, and it does especially well for the larger storms.”

Alcott says the Weather Service’s previous method was less accurate because it tried to predict snow density based on surface temperature at the forecast location – a method developed in the Great Plains – rather than what the study showed was more accurate: temperatures and wind speeds above mountaintops where snow is forming.

Secrets of the Snows

In analyzing Alta snow conditions as they developed their formula for predicting snow density, the researchers discovered some interesting aspects of Alta snow: