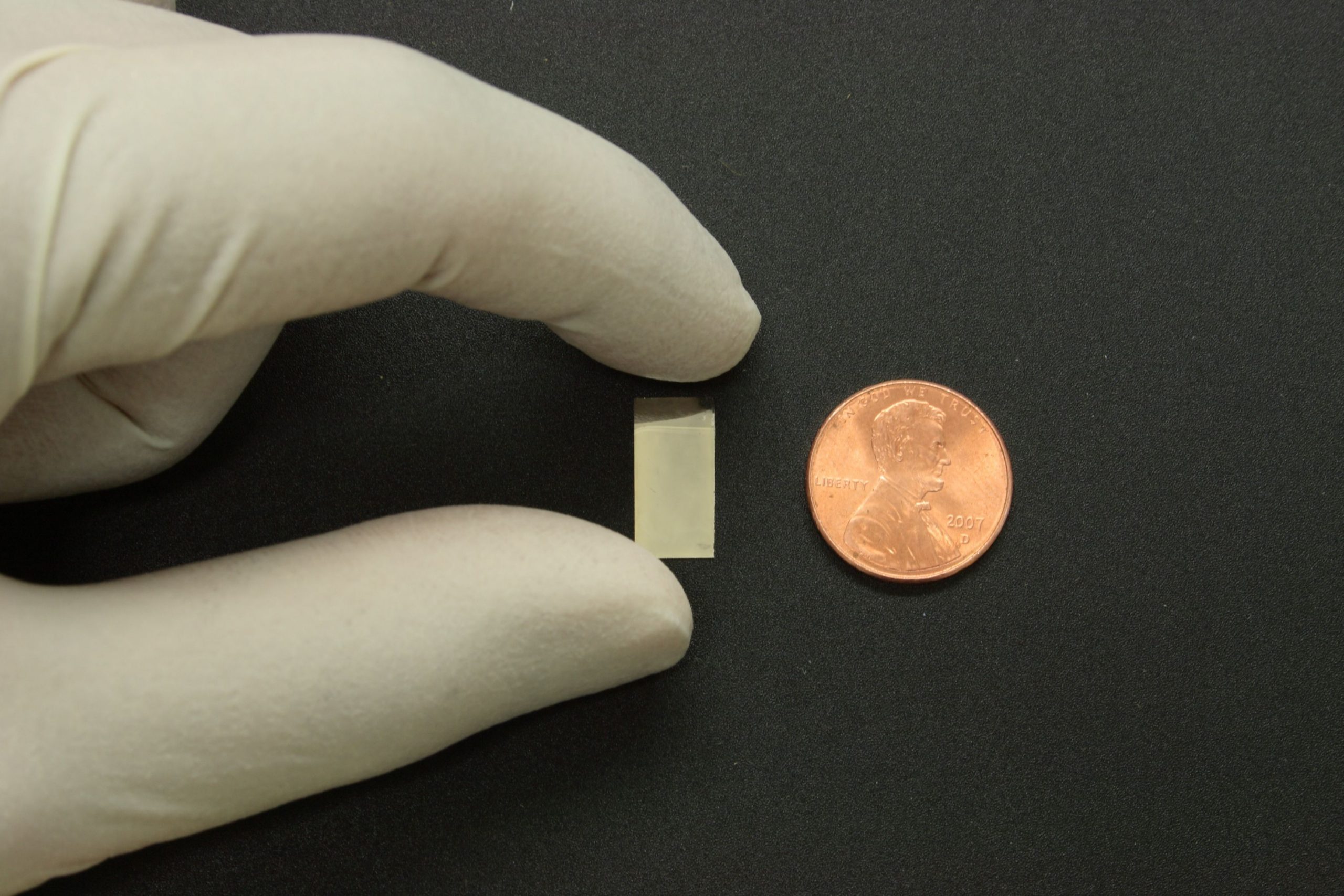 Feb. 5, 2009 – University of Utah physicists and chemists developed a new method that uses a mirror of tiny silver “nanoparticles” so microscopes can reveal the internal structure of nearly opaque biological materials like bone, tumor cells and the iridescent green scales of the so-called “photonic beetle.”

The method also might be used for detecting fatigue in materials such as carbon-fiber plastics used to build the latest generation of aircraft fuselages, tails and wings, says John Lupton, an associate professor of physics and leader of the new study.

The study will be published online Feb. 5 and in the March 2009 issue of Nano Letters, the leading nanoscience journal of the American Chemical Society. Nanoscience is the study of ultrasmall materials, structures or devices on a molecular or atomic scale.

The researchers are seeking a patent on the new method.

Lupton conducted the new study with Michael Bartl, an assistant professor of chemistry; Debansu Chaudhuri, a postdoctoral researcher in physics; and graduate students Jeremy Galusha in chemistry and Manfred Walter and Nicholas Borys in physics.

From the invention of the optical microscope in the 17th century, microscopy has grown to the point where there are scores of different methods available.

In an optical microscope, white light is passed through a specimen to view it. But the method is limited in how much detail and contrast can be seen within the specimen.
Electron microscopes can view tiny structures, but they are expensive, not always readily available and cannot be used on all types of samples, Lupton says.

A widely used method is known as laser or fluorescence microscopy, in which a laser is used to make a specimen emit light, either because the specimen does so naturally or because it has been injected or “labeled” with fluorescent dye. The trouble is that such dyes – when excited by laser light – generate toxic chemicals that kill living cells.

“It would be much better to place the cell, without any labels, on top of metal nanoparticles and measure the transmission of light,” Lupton says.

The new method developed by Lupton and colleagues is a variation of fluorescence microscopy, but involves using an infrared laser to excite clusters of silver nanoparticles placed below the sample being studied. The particles form “plasmonic hotspots,” which act as beacons, shooting intensely focused white light upward through the overlying sample.

The spectrum or colors of transmitted light reveal information about the composition and structure of the substance examined.

The Photonic Beetle Meets the Microscope

Development of the new method began after Bartl, Galusha and others published a study last May revealing that a beetle from Brazil – a weevil named Lamprocyphus augustus – has shimmering green scales with an ideal “photonic crystal” structure.

Scientists thus far have been unable to build an ideal photonic crystal to manipulate visible light – something they say is necessary to develop ultrafast optical computers that would run on light instead of electricity.

But first, researchers want to know more about the naturally occurring photonic crystals within the beetle’s scales.

“A normal light microscope generally won’t do the trick,” Lupton says, because visible light is easily scattered by the scales, thwarting efforts to view their internal structure.

“We found that we can put silver nanoparticles – a fancy word for a silver mirror – beneath the beetle,” he adds. “When illuminated with very intense infrared light, the silver starts to emit white light, but only at very discrete positions on the mirror.”

Those “beacons” of intense light were transmitted upward through the beetle scale, allowing scientists to view the scale’s internal structure, including tiny differences in the angles of crystal “facets” or faces and the existence of vertical stacks of crystals invisible to other microscope methods.

To the untrained eye, an image created using silver nanoparticle beacons – say, the image of the photonic beetle’s scale – looks like a blotchy bunch of spots.

But Lupton says that each of those spots contains a spectrum of colors that reveal information about the scale’s internal structure because the light has interacted with that structure.

A New Tool for Biologists, Doctors and Maybe Materials Scientists

“There really does not appear to be any other useful technique to look at these natural photonic crystals microscopically,” Lupton says. “The silver nanoparticle approach to microscopy potentially could be very versatile, allowing us to view other highly scattering samples such as tumor cells, bone samples or amorphous materials in general.” Amorphous materials are those without a crystal structure.

While Lupton believes the new method will be of interest mainly to biologists, he also says it could be useful for materials science.

For example, silver nanoparticles could be embedded in the carbon-fiber plastic in modern aircraft. The integrity of the fuselage or other aircraft components could be inspected regularly by exciting the embedded particles with a laser, and measuring how much light from the particles is transmitted through the fuselage material. Changes in transmission of the light would indicate changes in the fuselage structure, a warning that closer inspections of fuselage integrity are required.

So why does the new method work?

Lupton says the structure within the beetle’s scales scatters light very strongly, like driving through a snowstorm: “Once your windshield gets wet, headlights appear all fuzzy, and different features get mixed up.”

Using the tiny silver nanoparticles as light sources to see crystal structure within the beetle’s scale is like “peering through your smudged windshield at a tiny white spot,” Lupton adds. “It would not appear smeared out.”