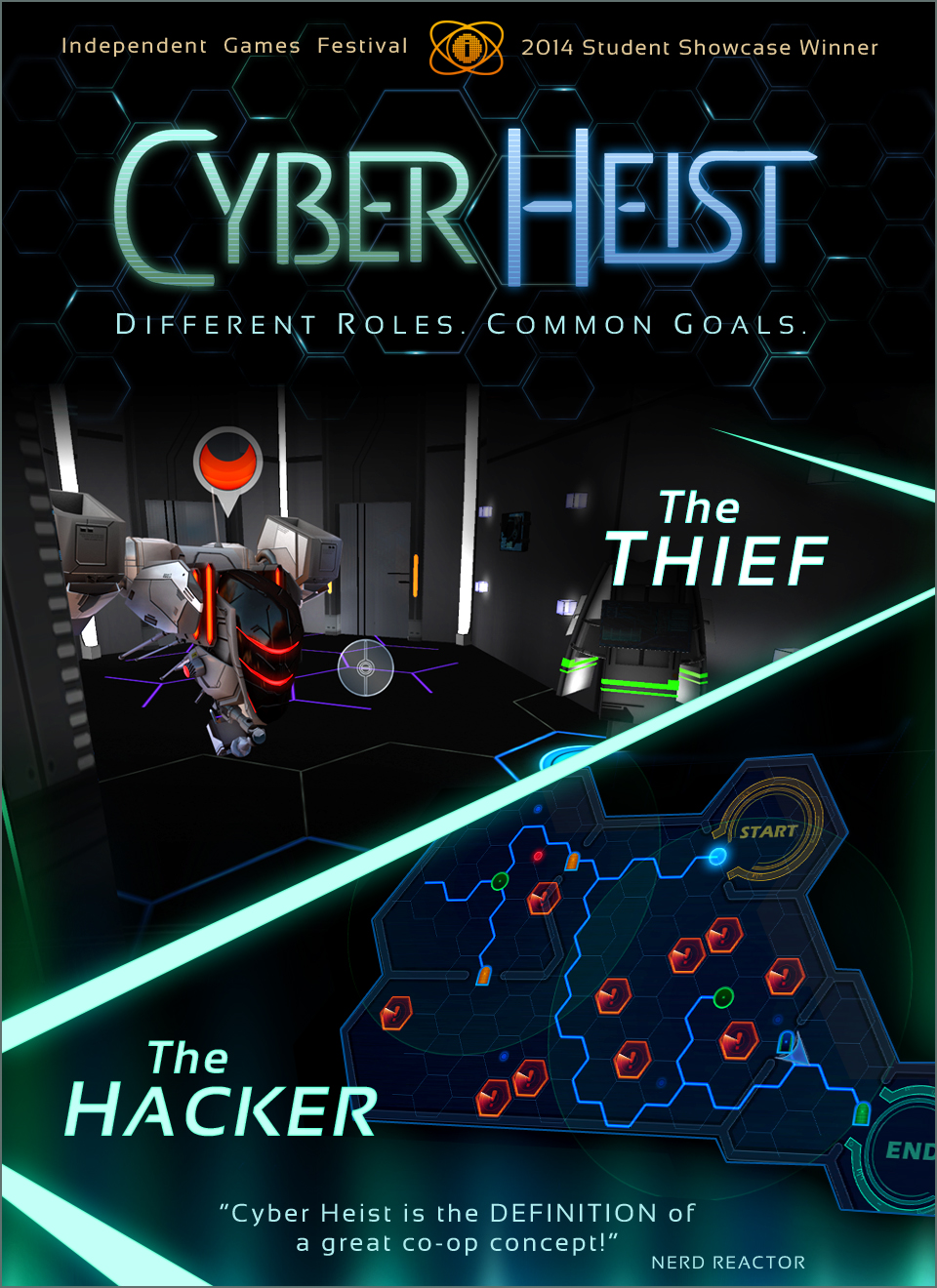 April 22, 2014 — The University of Utah Entertainment Arts and Engineering Program (EAE) kicks off its three-day annual EAE Fest on Wednesday, April 23. This year, four PlayStation Vita Games, two published PC Games and one game on Ouya and Steam Greenlight will be demonstrated alongside medical games and apps developed by students and faculty from the EAE program. Additional events will feature student animation and machinima, which are short films made using videogames.

The Fest begins on Wednesday with a 9 a.m. screening of student-created computer animations films at the Fort Douglas’ Post Theatre.

Festivities continue on Thursday, April 24 as the second day will feature game demos from 2-5 p.m. in the Merrill Engineering Building, room 3345.

Games featured are “Cyber Heist,” an award-winning student game that mixes heist and sci-fi movie genres into a hacking game in which two players break into the Department of Education to erase all student debt; and “Vinyl,” which lets you see and play in your favorite tunes.  Four new mobile games created by graduating seniors just released for the Sony PlayStation Vita will be shown including: “Origami Kami” where you use the environment to guide an origami paper boat to its destination; “Galactic Labor Union” where you to build the solar system by constructing planets from just the right set of elements; “Reflect It” where you help a small boy use a magic mirror to navigate a rundown circus world; and “Princess Revolution” that turns male-dominated games on its head as you help a merry band of princesses save their kingdom.

The Fest will conclude the following week on Tuesday, April 29, in the Spencer Fox Eccles Business Building, room 1110, from 3:30-5 p.m. with the eighth annual “Machinima Fest ’14.” Machinima films will be screened this year using new technology, a new game engine, a new motion captured animation technique and a richer set of student-created characters.

ABOUT ENTERTAINMENT ARTS AND ENGINEERING:

The Entertainment Arts and Engineering Program is an interdisciplinary undergraduate and master’s level graduate program at the University of Utah. EAE was jointly developed with the College of Engineering and the College of Fine Arts with the aim of producing graduates ready to design, develop and provide leadership for the video games of today and tomorrow. It is the No. 2 ranked program in the nation by the Princeton Review.